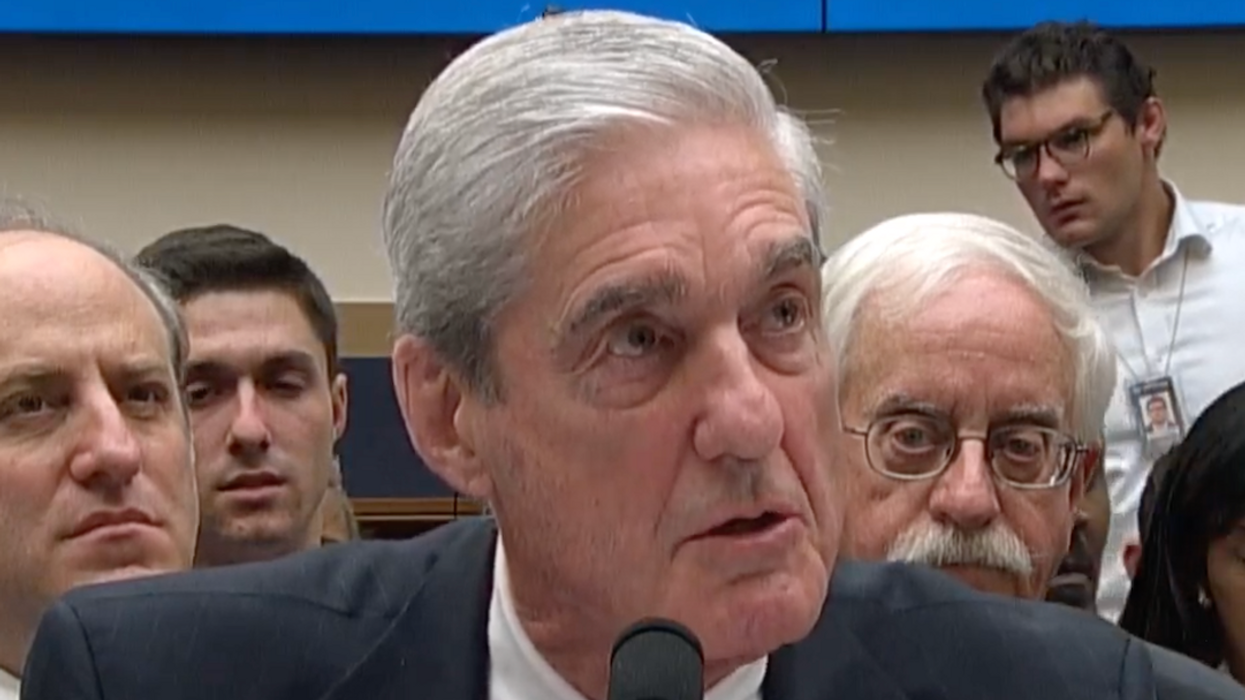 Florida man Douglass Mackey, a notorious white nationalist and right-wing social media troll, was arrested this week on charges of conspiring with others to deprive citizens of their right to vote ahead of the 2016 election, the Department of Justice announced on Wednesday.

"According to the allegations in the complaint, the defendant exploited a social media platform to infringe one of the most basic and sacred rights guaranteed by the Constitution: the right to vote," Nicholas McQuaid, acting Assistant Attorney General of the Criminal Division, said in a press release. "This complaint underscores the department's commitment to investigating and prosecuting those who would undermine citizens' voting rights."

It also suggests that the Russia investigation, at least in part, survived the tenure of former Attorney General Bill Barr.

According to the complaint, Mackey's Twitter account had nearly 60,000 followers, and in February 2016 the MIT Media Lab ranked him 107th in its list of the most influential personalities ahead of the election, higher than NBC News and Stephen Colbert. Prosecutors say that in the months before the election, Mackey collaborated with unnamed co-conspirators to encourage Hillary Clinton supporters to cast votes via text messages or social media — which are not viable or legal voting methods in any state.

The conspiracy charge against Mackey, who was arrested in West Palm Beach, could indicate that the Justice Department has been probing a broader network. Three of his co-conspirators were identified by HuffPost reporter Luke O'Brien, who wrote an in-depth 2018 profile of Mackey: white nationalist financier Jeff Giesea; conspiracy theorist Mike Cernovich, who has ties to onetime national security adviser turned QAnon hero Michael Flynn; and Jack Posobiec, a far-right provocateur with ties to neo-Nazi groups and longtime Trump confidant Roger Stone. The pro-Trump group, who called themselves "MAGA3X," fueled the Pizzagate social media campaign that smeared Hillary Clinton and other Democratic leaders in the run-up to the 2016 election.

Notably, both Stone and Flynn came under the focus of former special counsel Robert Mueller's investigation into the weaponization of social media in 2016. Flynn had repeatedly shared content from the Russian-linked account @TEN_GOP, which shared disinformation to tens of thousands of followers under the auspices of the Tennessee Republican Party. Stone, a misinformation mastermind, also imprinted on the Trump campaign the importance of social media. Just this summer, Facebook wiped more than 100 Facebook and Instagram accounts and pages that Stone and unnamed associates had used to push disinformation related to the 2016 election, as well as to Stone's criminal trial.

One arm of Stone's social media work in 2016 was an effort to suppress the Black vote, which is also specified in the charges against Mackey. Mueller had questioned and subpoenad Stone's associates who helped orchestrate his social media campaigns.

Former President Trump's efforts to block Mueller — or even fire him — have been well documented. In anticipation of possible acts of executive sabotage, the special counsel's office in the course of its work spun off a number of investigations to other divisions, primarily the Southern District of New York. As one of Barr's first acts in office, he appointed his own special prosecutor, Connecticut U.S. attorney John Durham, to investigate the origins of the Russia probe — and potentially pursue charges against FBI agents and Obama administration officials. Barr has long been suspected of spearheading a secret effort to suppress evidence and snuff out ancillary investigations, and after Mueller submitted his final report, congressional Democrats requested the attorney general's communications regarding the spinoff cases.

Considering all this, it seems possible, even likely, that the Mackey indictment indicates that some Russia-related inquiries have survived Barr's efforts to uproot them. Investigative journalist Marcy Wheeler proposed another, deeply ironic possibility: The charges could have stemmed from Trump's efforts to undermine the 2020 election and reverse his defeat.

About a week after the election, Barr, under pressure from Trump, took the unprecedented step of authorizing prosecutors to pursue election fraud cases ahead of the Electoral College vote. It's possible, Wheeler suggests, that if one of those prosecutors had ahold of evidence from prior investigations, Barr's authorization could have allowed that prosecutor to prioritize the Mackey case and bring an indictment — which would be a prodigious case of cosmic payback.