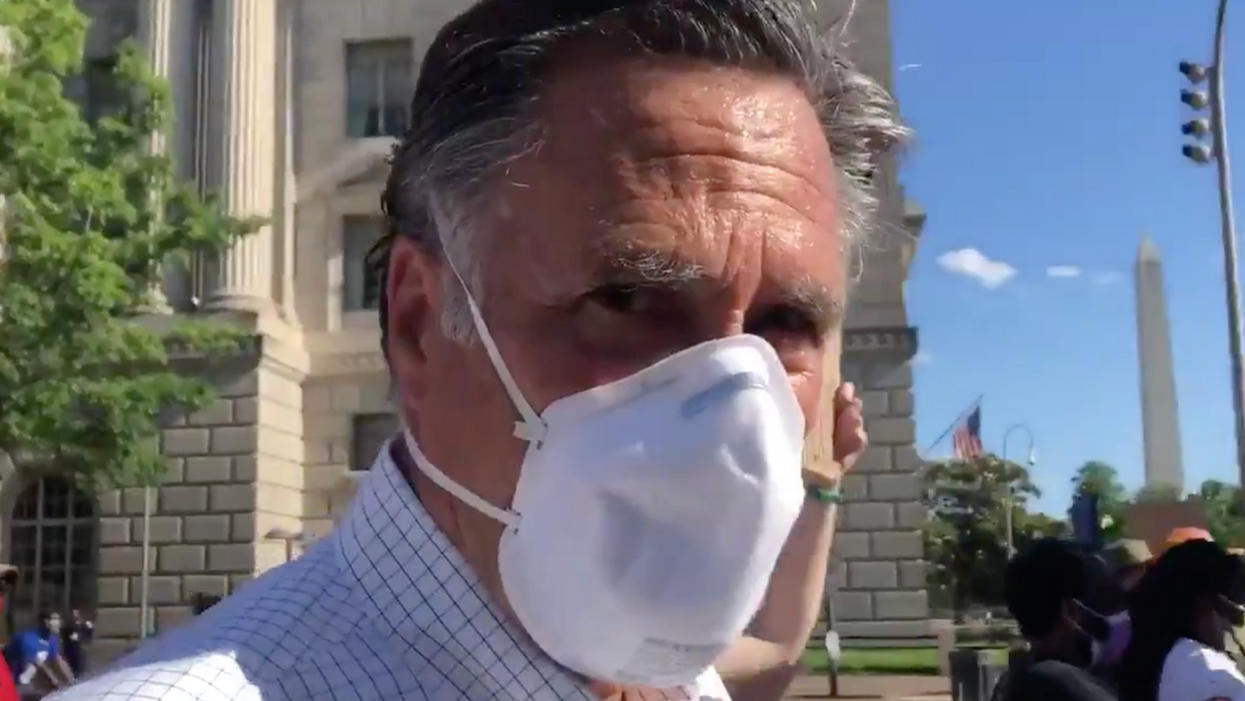 Sen. Mitt Romney (R-Utah) was confronted by crazed Trump supporters at the Salt Lake City International Airport as he waited to board his flight to Washington, D.C.

On Tuesday, Jan. 5, a woman approached the Republican senator to confront him about his refusal to back President Donald Trump on a number of key issues including his baseless claims of widespread voter fraud. Now, a clip of the confrontation is going viral on social media, according to The Independent.

When the maskless woman approached Romney, he could be heard telling her to put on a mask before coming so close to him. Instead of respecting his space amid the pandemic, the woman said, "don't tell me what to do" as she claimed to be standing six feet away. The woman immediately moved to challenge Romney on his stance regarding Trump's election coup.

"Why aren't you supporting President Trump? You're not supporting him," she began.

Romney made his stance clear. While he admitted that he largely supports Trump, he also insisted there are some things he disagrees with. "I do support President Trump," Romney replied. "I'm sorry, I do agree with many of the things he's for and I support him."

She went on to ask Romney if he planned to support Trump and Republican lawmakers' push to overturn the election on Jan. 6. Romney pushed back admitting that he has no plan to support Trump's coup. "Are you going to support him in the fraudulent votes?" the woman asked. "In the election, no, I'm not," Romney said.

As Romney stood up to walk away from the woman, another man could also be seen filming the exchange. It has also been reported that Romney was trolled by Utah Trump supporters while on the plane to Washington, D.C. When the Utah senator boarded the plane, Trump supporters could be heard chanting, "Traitor!"

Despite Trump supporters' push for lawmakers to challenge the Electoral College votes, there is no evidence of widespread voter fraud.