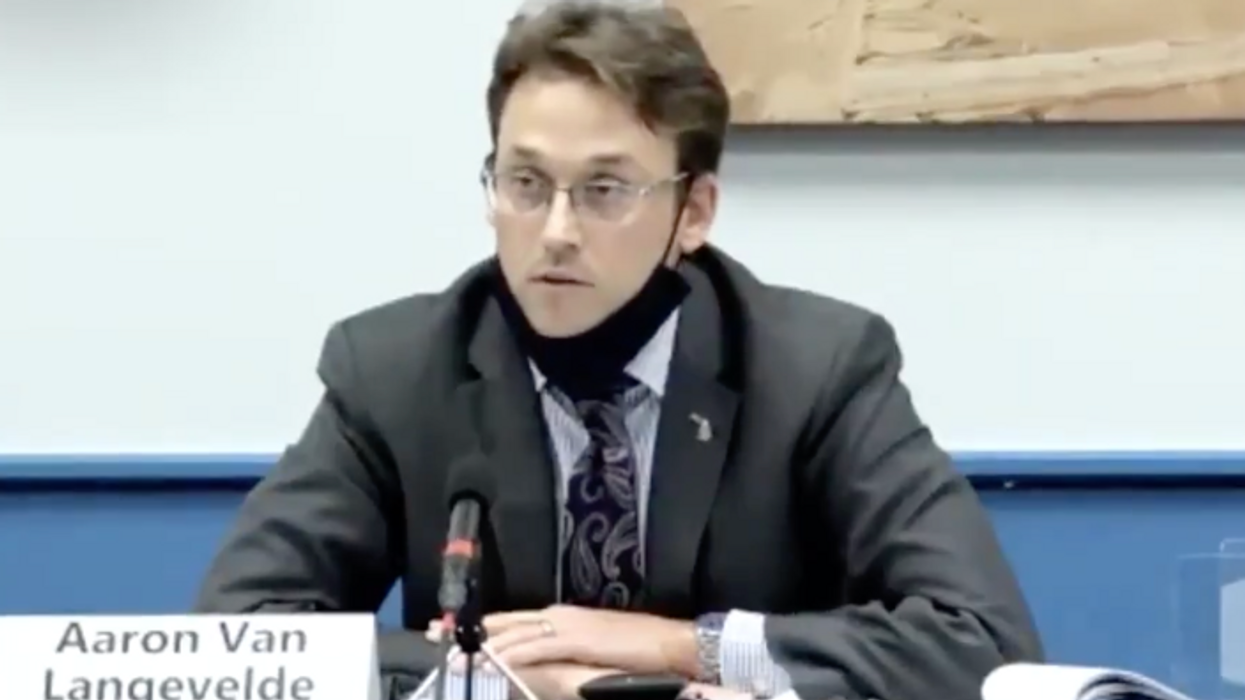 The Republican election official in Michigan who pushed back against partisan coercion to halt the state's election results certification is being targeted by the Michigan GOP.

According to the Detroit Free Press, the Republican Party has refused to nominate Aaron Van Langevelde for another term on the Michigan Board of State Canvassers. On Monday, Jan. 18, Van Langevelde, who works as a staff attorney and policy adviser for Michigan's state House Republican Caucus, released a statement insisting his "conscience is clear."

"I am confident that my decision is on the right side of the law and history," Van Langevelde said.

Van Langevelde added, "It comes as no surprise that I was not re-nominated to the Board of Canvassers after I voted to certify the presidential election."

He expressed concern about the series of events that have transpired after the 2020 presidential election, noting the dangers of hyper-partisanship and what it could mean for the future of the Republican Party.

"As tensions escalated, some political leaders—blinded by power and partisanship—urged the board to withhold certification based on unproven allegations of voter fraud, even though we had no legal authority to do so," Van Langevelde said.

On Jan. 8, Michigan Republican Party Chairwoman Laura Cox sent a letter to Gov. Gretchen Whitmer (D) asking her to choose a replacement for Van Langevelde. Instead of proposing that the staff attorney serve another term, Cox submitted three recommendations for his replacement: Tony Daunt of DeWitt, Tori Sachs of Williamston, and Linda Lee Tarver of Lansing, according to the publication.

Van Langevelde's term is scheduled to expire at the end of January.