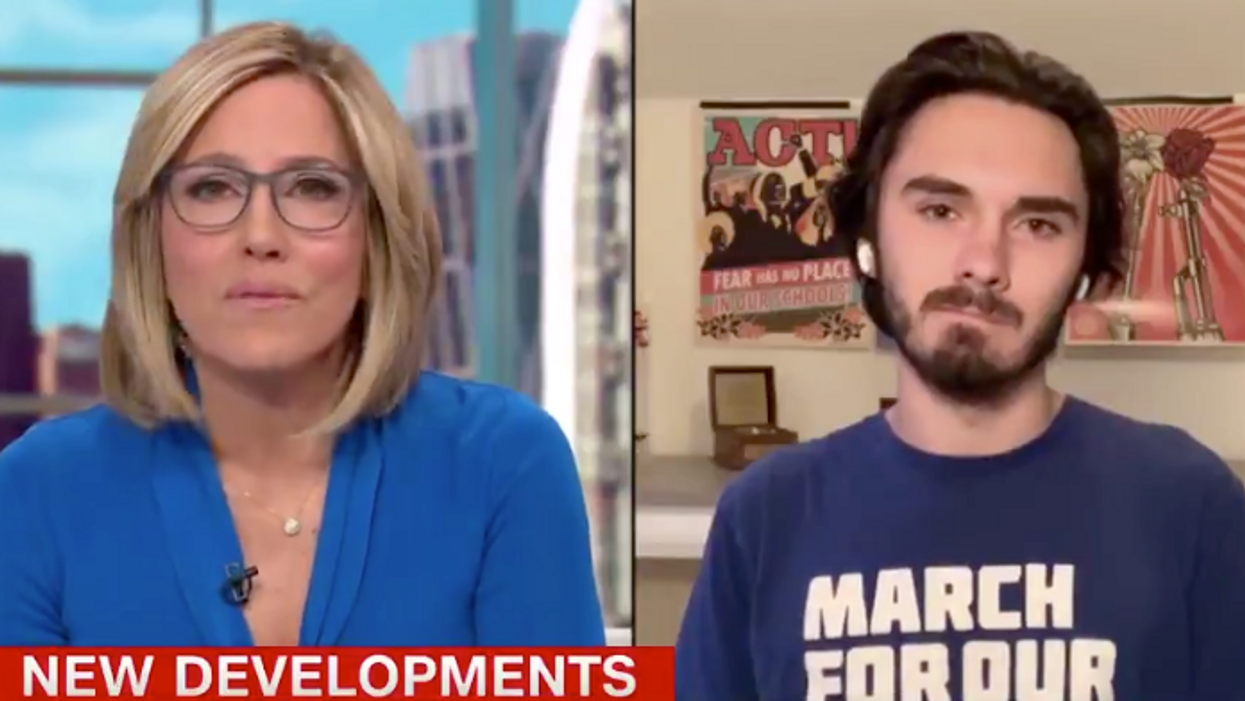 Parkland school massacre survivor and gun control activist David Hogg says he "absolutely" felt Marjorie Taylor Greene was threatening him when she was filmed trailing him down D.C. streets and saying, "I carry a gun."

Video Congresswoman Greene (R-GA) posted to her YouTube channel one year ago has resurfaced, and went viral on Wednesday.

Hogg told CNN's Alisyn Camerota he also felt she was intentionally trying to "trigger" him by saying the name of the Parkland shooter who killed 17 people just months earlier as she harassed and bullied him on camera.

"She also said: 'I have a concealed carry permit, I carry a gun,' she said, 'for protection,'" Camerota relayed. "How did you interpret that? Did you hear that as a threat?"

"Oh absolutely, Alisyn, but you know I always say to myself if they shoot me they prove my point," Hogg bravely replied. "The reality is they can't kill a movement."

"None of us want to be doing this," Hogg said of his gun control activism, "But sadly we have to because of corrupt elected officials like Marjorie Taylor Greene are in Congress and would rather choose to protect guns than children."