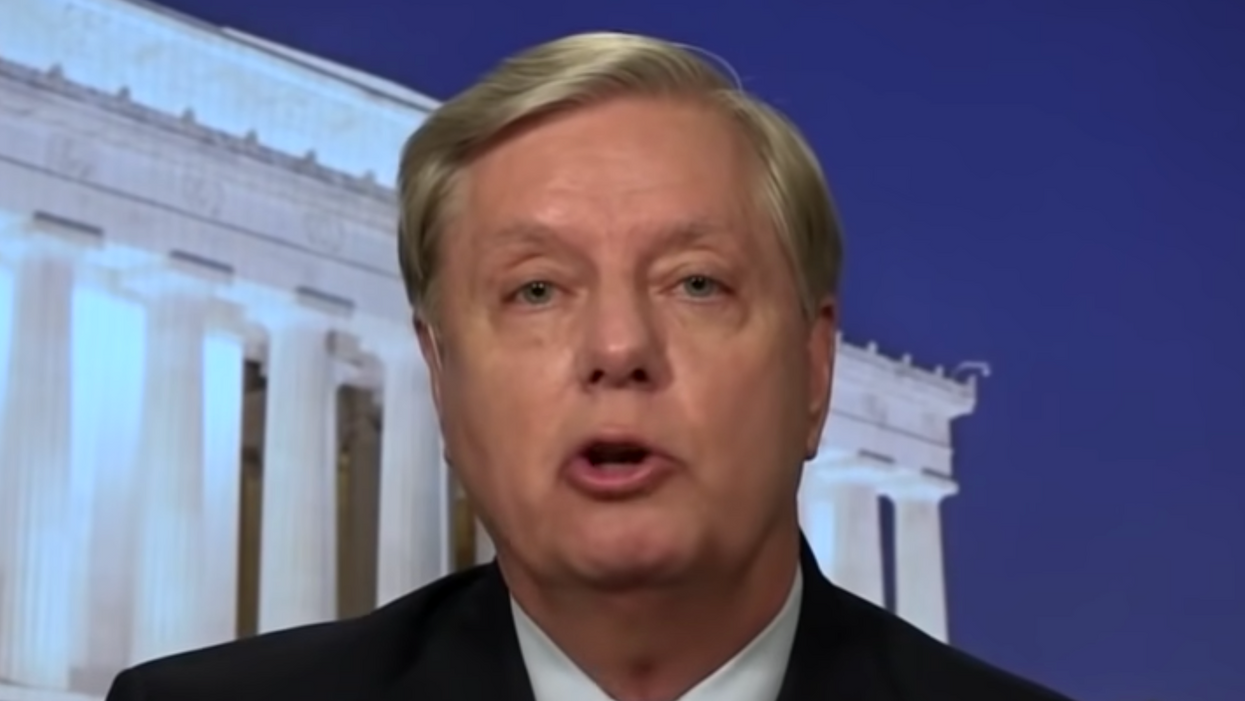 Fox News
'They hate my guts': Lindsey Graham is freaking out and sounding desperate
David Badash
and
The New Civil Rights Movement
January 09, 2021

U.S. Senator Lindsey Graham (R-SC) required police and security officers to escort him through Reagan National Airport in D.C. Friday, after publicly distancing himself from President Donald Trump during Wednesday's counting of the electoral votes.

Graham, who golfed with Trump on Christmas and New Years Days and recently refused to vote against Trump in the Senate's successful veto override, after the Capitol Hill insurrection told his colleagues, "Trump and I, we've had a hell of a journey."

Verified Twitter user Mindy Robinson posted this video to the social media site, saying she is the one screaming in the video. Her bio reads: "Conservative Activist, Political Commentator, and Host of Red White and F You: Unapologetically Patriotic. Independent Constitutionalist/Patriot Party of NV."

She, or someone in the video, can be heard shouting,:"It's going to be like this forever wherever you go for the rest of your life."

“One day [you] will not be able to walk down the street. It is today," yelled one woman who wasn't wearing a mask in violation of airport rules. She was wearing a “I love Trump" shirt with the letter “Q" on the back of the shirt, a likely reference to the QAnon conspiracy theory.

Graham is called a "traitor," an SOB and a POS, among other things, in the video below.

Lindsey Graham just made the mistake walking by me and a mass of angry patriots at the airport in DC. All America wants is for you to AUDIT OUR VOTE and purge this election of this massive corruption...and you won't do it. We're not letting this “slide" so expect more of this. pic.twitter.com/pbemr2Gcr9
— Mindy Robinson 🇺🇸 (@iheartmindy) January 8, 2021

Another video via a Politico reporter:

A source sends this video of a group of Trump supporters today harassing Sen. Lindsey Graham at Reagan airport and loudly calling him a “traitor" after he publicly broke with Trump earlier this week. pic.twitter.com/XBF8K6DIUD
— Daniel Lippman (@dlippman) January 8, 2021