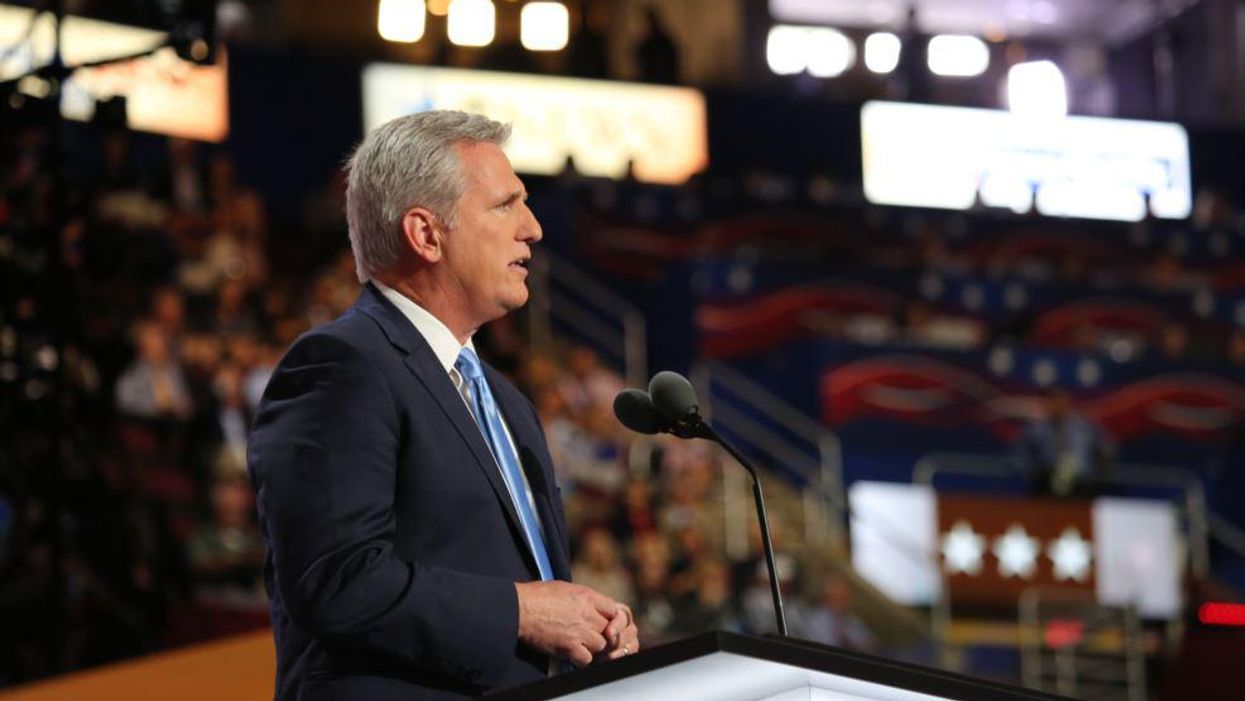 Before the 2020 presidential election, many anti-Trump pundits predicted that if Joe Biden won decisively, President Donald Trump would likely refuse to concede. But some Trump allies made the same prediction behind closed doors, and according to Cook Political Report's Dave Wasserman, one of them was House Minority Leader Kevin McCarthy:

Biden, it turned out, did enjoy a decisive victory, winning 306 electoral votes and defeating Trump by more than 7 million in the popular vote. Regardless, Trump has maintained that he was the real winner and promoted the debunked and baseless conspiracy theory that he was a victim of widespread voter fraud. Those dangerous theories came to violent fruition when his supporters stormed Congress while it was counting the Electoral College votes.

In mid-December, Senate Majority Leader Mitch McConnell finally acknowledged Biden as president-elect and congratulated him. But as Wasserman noted in his tweet, McCarthy didn't make a joint statement with him. Instead, he supported Trump's conspiracy theories, at one point even declaring that the president had won the election, though he ended up walking that back. And now, Melanie Zanona and Olivia Beavers report in Politico, McCarthy and House Minority Whip Steve Scalise find themselves in damage-control mode following the January 6 assault on the U.S. Capitol Building.

According to Zanona and Beavers, McCarthy and Scalise "are facing backlash from their Republican colleagues for standing by President Donald Trump after he incited a violent mob to storm the Capitol this week, fueling a bitter divide in the GOP conference at a perilous moment for the party."

"Of the top three GOP leaders in the House, only Conference Chairwoman Liz Cheney has directly condemned Trump's dangerous rhetoric and behavior," Zanona and Beavers note. "Cheney also vocally opposed the effort to object to the election results when Congress certified them on January 6."

McCarthy voted in favor of rejecting some of the votes that led to Biden's win.

A House Republican, quoted anonymously, told Politico, "There's a little bit of anger, but a lot of disappointment. And what you saw on display with Steve and Kevin was, eh, we're just gonna continue on with the narrative of the right — and they did not catch the moment. That's troublesome."

Two days after the storming of the Capitol Building, McCarthy issued a statement and finally acknowledged Biden as president-elect — an obvious attempt at damage control. The House minority leader stated, "Our country is not just divided. We are deeply hurt…. Partisans of all stripes first must unite as Americans and show our country that a peaceful transition of power has occurred."

Scalise, Zanona and Beavers point out, was also in damage-control mode when he appeared on Fox News the same day McCarthy made that statement. Scalise told Fox News that Trump's rhetoric "didn't help and in fact, caused a lot of real division." Trump's response to the violence on January 6, Scalise said, "should have been an unequivocal, just complete, unequivocal calling out of what was going on at the time when people were storming the Capitol."

Rep. Cheney, the daughter of former Vice President Dick Cheney, is quite conservative but made it clear that she had no interest in joining fellow House Republicans who announced their plans to contest the Electoral College results on January 6. And according to one of Politico's sources, that will work to her political benefit in the months ahead.

Another House Republican who was quoted anonymously told Politico, "People are going to be looking at this moment when they look at who is going to lead the party. (Cheney's) political capital has risen significantly. She had the courage of her convictions."