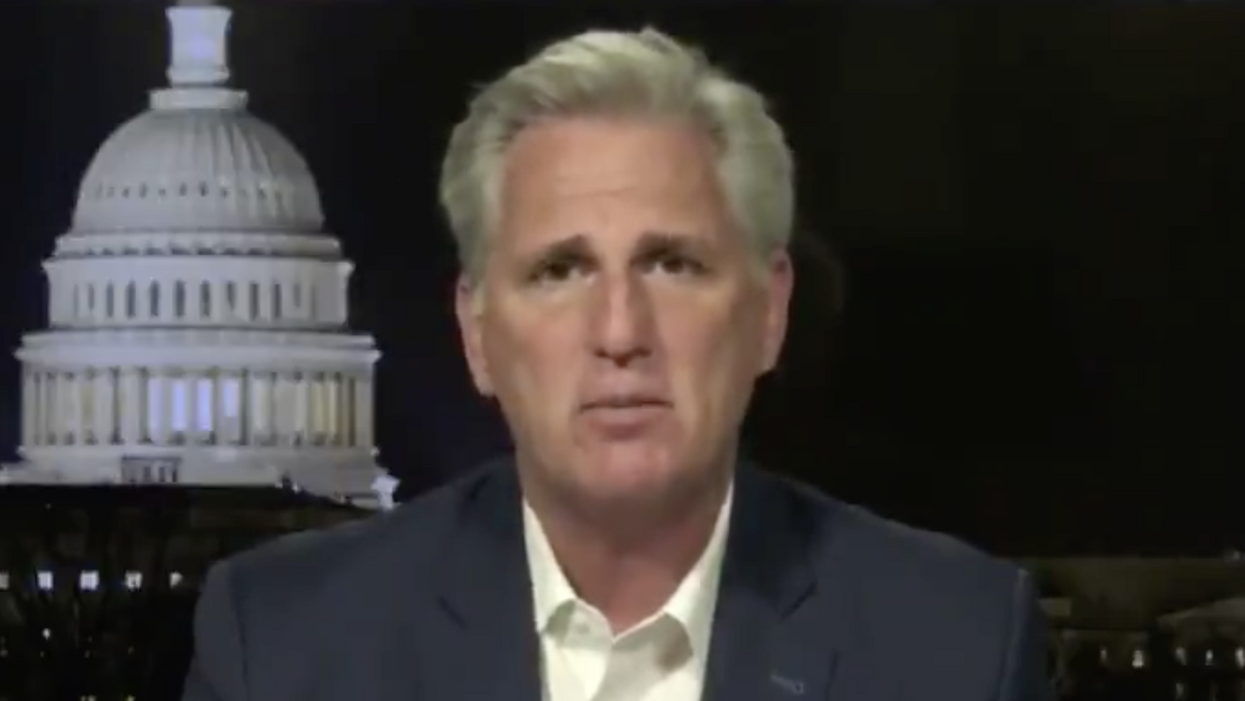 House Minority Leader Kevin McCarthy had to backtrack on Friday after claiming on Fox News the previous night that "President Trump won this election."

As of this writing, only one major election outlet — Decision Desk HQ — had called the election; it projected Joe Biden as the winner, based on his lead in Pennsylvania, which appears to be insurmountable. Other outlets have yet to declare a winner, but vote counts in the remaining key swing states, with the exception of North Carolina, all seemed to be leaning against the incumbent president. Biden has multiple paths to a clear victory, whereas something extraordinary would have to change for Trump to win.

Dave Wasserman, of the nonpartisan Cook Political Report, revealed on Friday afternoon that McCarthy had clarified to him that he did not intend to declare Trump the victor in the presidential election.

Instead, Wasserman said, McCarthy meant that the president "gets the credit for helping us win House seats." This explanation was particularly odd, though, because McCarthy had posted the video of him incorrectly declaring victory for Trump on Twitter Thursday night.

Despite this correction, McCarthy still seems intent on feeding into Trump's disinformation campaign about the election results. In the video, he urged viewers: "Everyone who's listening: Do not be quiet. Do not be silent about this. We cannot allow this to happen before our very eyes. We need to unite together. You don't need to be a Republican. You believe every legal vote needs to count. You believe in the American process. Join together and and let's stop this."

This was nonsensical and almost certainly intentionally misleading. There's nothing to "stop" — the vote counting is ongoing. The suggestion that "every legal vote needs to count" was meant to imply that a significant number of illegal votes are being counted — a conspiracy theory Trump is trying to use to his advantage. The truth is Trump and the GOP fear that the continued counting of legitimate votes will make him a loser, so they're desperately trying to find a way to stop that result.

But based on McCarthy's comments to Wasserman, he may also be hedging his bets, not wanting to stick too closely to Trump if he goes down.