‘There is no excuse’: Conservative writer demolishes Republicans' arguments for defying the 2020 election 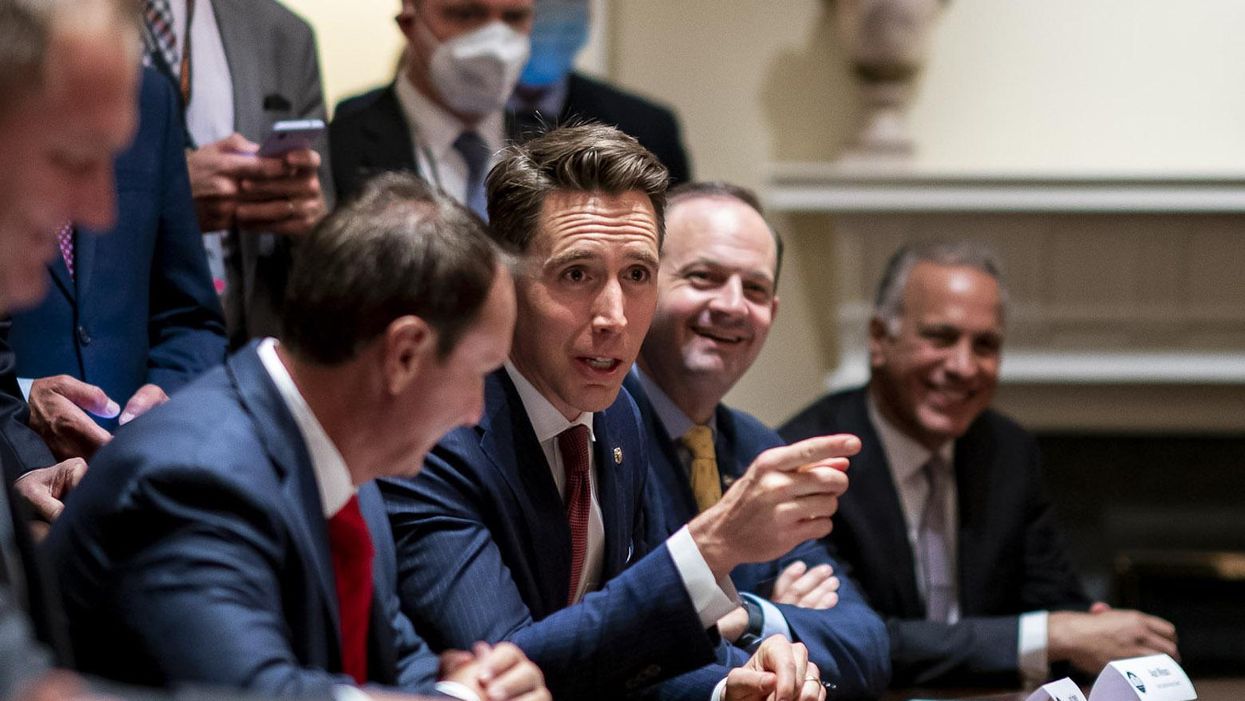 David French would not be unhappy if a traditional Reaganesque Republican were being sworn in as president on January 20, but the conservative journalist has been a vehement critic of President Donald Trump. And he is not only glad that Joe Biden defeated him, but also, has been lambasting the Trump supporters who refuse to acknowledge Biden as president-elect. In a blog article posted on New Year's Eve, French slams the House and Senate Republicans who are planning to contest the Electoral College results at a joint session of Congress on January 6.

"One of the most dispiriting aspects of a dispiriting year has been watching the supremely cynical post-election contest by conservative lawyers and conservative politicians who know exactly what they're doing," French laments. "Intimidated by Trump and desperate for the approval of Trump's base, they have lent their own gravitas to utterly frivolous arguments, used their platforms to falsely whip up public concerns about election integrity, and then used the concerns they helped create as the justification for continuing a fruitless fight."

Senate Majority Leader Mitch McConnell, who has acknowledged Biden as president-elect, has been urging fellow Senate Republicans not to oppose Biden's certification on January 6. Regardless, Sen. Josh Hawley of Missouri has announced that he plans to contest the Electoral College results. French cites Hawley and far-right radio host Mark Levin as two examples of Republicans who have made the bogus claim that states didn't follow their election laws in the 2020 presidential race, and he stresses that "the Hawley/Levin argument is utter nonsense" because "the time to challenge election procedures is well before the election, not after. In fact, this is a matter of basic election precedent."

"It must be emphasized that both of these men are smart, capable lawyers," French says of Hawley and Levin. "And while they may be drinking so much of their own Kool-Aid that they're now believing their own nonsense, I doubt it. And if they do believe their own nonsense, their lapse in judgment is inexcusable."

The Levin/Hawley/House GOP last effort to attack the election results is built on a pile of legal nonsense that’s a… https://t.co/SEVtxXQnXm
— David French (@David French)1609461171.0

Hawley, Levin and many other Trump supporters have been making the baseless and totally debunked claim that Trump was deprived of a victory because of widespread voter fraud. And French pointed out that the arguments the pro-Trump crowd are making have been consistently rejected in the courts, even by many of Trump's own appointees.

And Republican Sen. Ben Sasse of Nebraska, in a scathing Facebook post on New Year's Eve Day, attacked Hawley's decision to contest the Electoral College results as "dangerous" and "playing with fire." Sasse, in fact, has said that the Republicans he's been talking to on Capitol Hill all know darn well that Biden won the election fair and square, but are afraid to say that publicly because they want to offend Trump voters.

French quotes Sasse as saying, "When we talk in private, I haven't heard a single congressional Republican allege that the election results were fraudulent — not one. Instead, I hear them talk about their worries about how they will 'look' to President Trump's most ardent supporters."

The Never Trump journalist concludes his blog article by denouncing the actions of Hawley, Levin and other Trump supporters as an assault on democratic norms.

"Trump is calling his supporters to D.C. on January 6, and while I hope and pray that the multiple Trump rallies remain peaceful, I know that even if peace reigns, the likes of Sen. Hawley and Mark Levin have done serious harm," French argues. "They've used their platforms to advance frivolous arguments to stoke public rage and to discredit a lawful election. There is no excuse."