George Will: Josh Hawley has surpassed Lindsey Graham as the most 'ludicrous' US senator 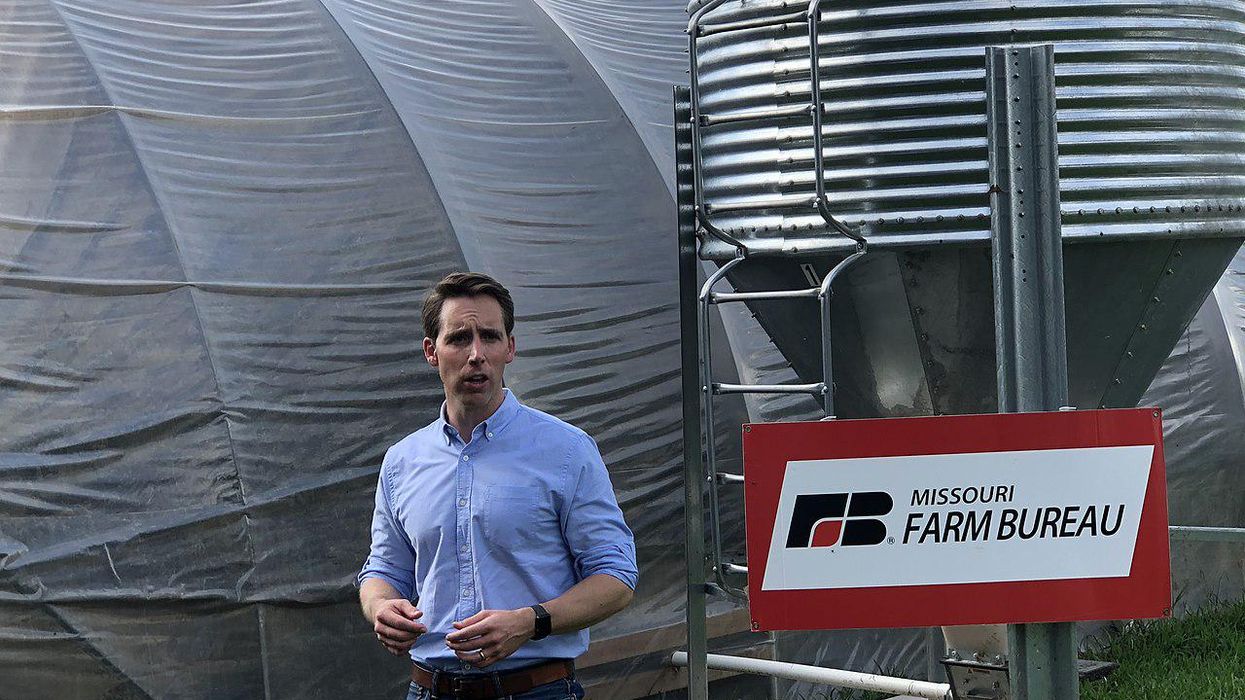 Never Trumper George Will, one of the most famous conservative journalists in the United States, has not only been a blistering critic of President Donald Trump — he has also been quick to attack Trump's enablers in Congress. And in his January 13 Washington Post column, the 79-year-old Will turns his wrath on Sen. Josh Hawley of Missouri and lays out some reasons why he believes Hawley has surpassed Sen. Lindsey Graham as the most embarrassing GOP buffoon in the U.S. Senate.

"Until late December, the shapeshifting Graham — John McCain is my hero; no, Donald Trump, McCain's despiser, is; stay tuned for Act 3 — had a lock on the title of most ludicrous senator," Will argues. "Then Hawley, auction bidder and mob inciter, pounced. Graham's lock has been picked."

Hawley, a devout Trumpist, recently annoyed Senate Majority Leader Mitch McConnell when he announced that on January 6, he would contest President-elect Joe Biden's Electoral College victory during a joint session of Congress. That session was violently interrupted when a mob of extremists stormed the U.S. Capitol Building. And in an now-infamous photo, Hawley can be seen waving at the mob in solidarity before the Capitol Building was invaded.

Will explains, "Joe Biden and the Democratic-controlled 117th Congress will benefit from what freshman Sen. Josh Hawley (R-Mo.) did at the end of the 116th. It and Hawley will soon recede into the mists of memory, but this should be remembered: before Hawley immolated his brief political career — see the photo of his clenched-fist salute of solidarity as he walked past the mob that was about to sack the Capitol — he seemed certain to be a presidential candidate in 2024. Which probably explains his performance during the December auction in the Senate."

The conservative columnist goes on to discuss Hawley's grandstanding over coronavirus relief payments. While McConnell and many other Republicans favored $600 payments, Trump favored $2000 payments. House Speaker Nancy Pelosi and Senate Minority Leader Chuck Schumer went along with the $600 payments, although they would have preferred $2000 — a rare example of Pelosi and Schumer agreeing with Trump on something.

"In late December," Will recalls, "President Trump, who was thinking that Hawley and kindred congressional spirits could deliver to him a second term, decided that House Speaker Nancy Pelosi (D-Calif.) and Senate Minority Leader Charles E. Schumer (D-N.Y.) were right to demand that pandemic relief-cum-stimulus legislation should feature $2000 checks showered evenhandedly on those in need and on scores of millions who are not. Three senatorial mini-Trumps — Lindsey O. Graham (R-S.C.), Marco Rubio (R-Fla.) and Hawley — promptly joined the Pelosi-Schumer-Trump Axis of Generosity."

Will adds that Hawley, always anxious to show his devotion to Trump, came out in favor of $2000 and tweeted, "There's obviously plenty of $ to do it." Sen. Marco Rubio of Florida, Will notes, initially favored $600 — and Hawley needed to show that he was more Trumpian than Rubio.

I am concerned about the debt, but working families have been hurt badly by the pandemic This is why I supported… https://t.co/IgPDC1E3ud
— Marco Rubio (@Marco Rubio)1609193484.0

A week from now, Joe Biden will be president of the United States — and Sen. Kamala Harris will be vice president. Trump's presidency will be a thing of the past. And after Biden is sworn in as president and Schumer becomes Senate majority leader, Will explains, Hawley will look ridiculous if he changes his mind about the $2000 payments.

"If Hawley, Rubio and Graham squint, they can see a silver lining on the dark cloud of Democratic control of the Senate: Majority Leader Schumer will soon give them an opportunity to vote for $2000 disbursements," Will writes. "The national debt has increased almost 40% in the past four years. But when congressional Republicans rediscover the rhetoric of frugality, as surely they will at noon, January 20, Biden can cite Hawley's assurance that there 'obviously' is 'plenty' of money."