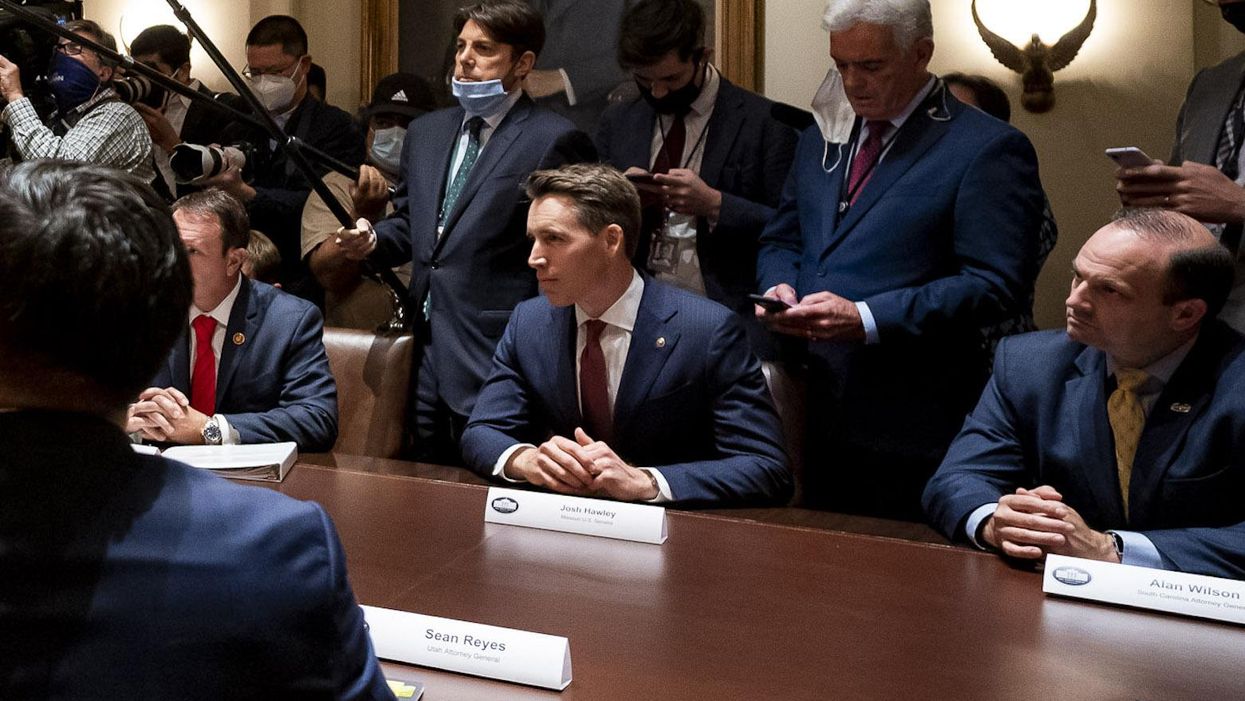 Sen. Josh Hawley of Missouri discovered on Thursday that, following his efforts to overturn the 2020 election that helped fuel the anti-democratic siege of the U.S. Capitol, he has alienated some of his own allies.

In a stunning interview with The Kansas City Star, Hawley's mentor, former Missouri Sen. John Danforth, said supporting the senator's career was "the biggest mistake I've ever made in my life."

"I thought he was special," Danforth said. "I don't know if he was always like this and good at covering it up or if it happened. I just don't know."

The former senator blamed his protege for the violence unleashed on Wednesday, which reportedly led to four deaths.

"But for him, the approval of the Electoral College votes would have been simply a formality," Danforth said. "He made it into something that it was a specific way to express the view that the election was stolen. He was responsible."

Hawley was the first senator who publicly agreed to challenge the counting of some of Joe Biden's Electoral College votes in a joint session of Congress on Wednesday. For the chambers to hear a full debate on the objections, both a member of the House and a senator must object. Hawley's announcement raised hopes that the ceremony might somehow overturn Trump's loss, even though it was clear from the start that Congress would not allow it. After the violent mob of Trump supporters interrupted the vote counting on Wednesday afternoon, Congress reconvened and finished affirming Biden's win by early Thursday morning.

Hawley suffered another blow on Thursday evening as Simon & Schuster announced it would no longer agree to publish his forthcoming book on big tech. With apparently no sense of irony, he attacked the publisher much more harshly than he condemned the actual rioters who stormed the Capitol, calling it a "woke mob." He also falsely suggested that it infringed on his First Amendment rights to withdraw his book deal, even though the publisher is a private company: