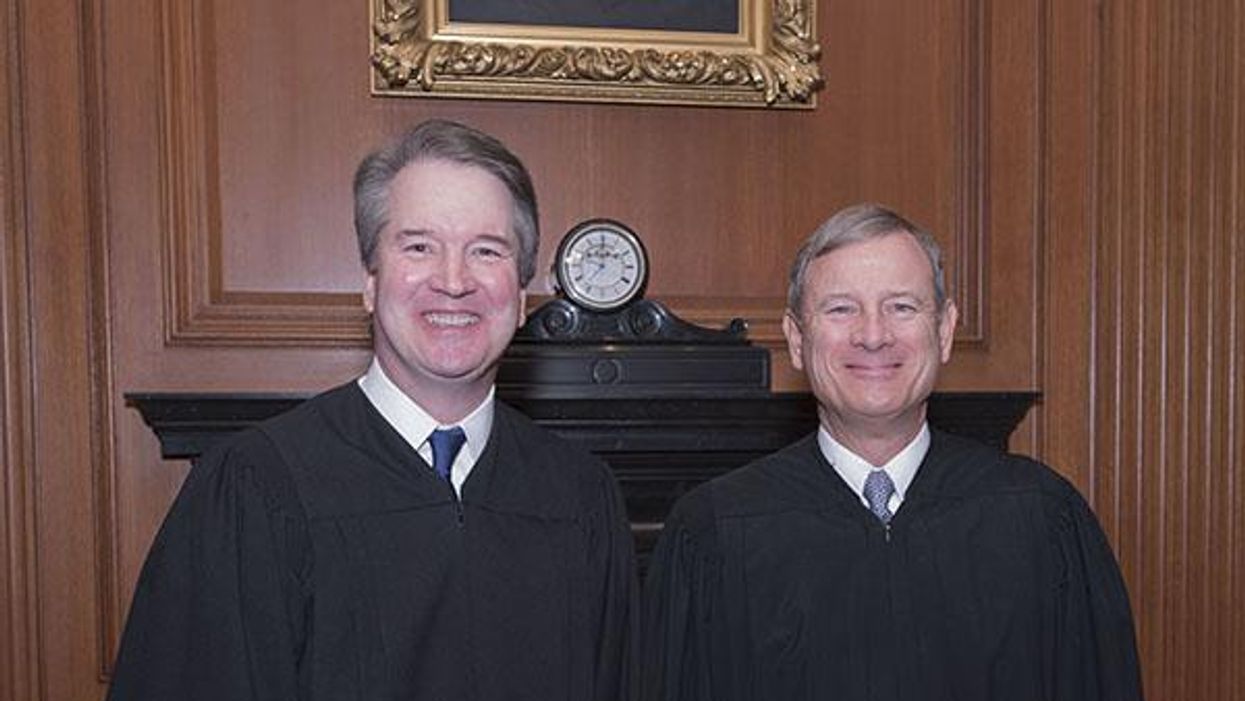 Former President Donald Trump's second impeachment trial will be different from the first one in some key respects. First, Trump is no longer president of the United States. Second, the person presiding over the trial won't be Chief Justice John Roberts, but Sen. Patrick Leahy of Vermont. And journalist John Kruzel, in an article published by The Hill on January 27, explains why Roberts' absence should come as no surprise.

Roberts, according to Kruzel, is hoping to "shield the Supreme Court from unnecessary exposure to the political fray." And although Roberts felt constitutionally obligated to preside over Trump's first impeachment trial in 2020, Kruzel reports, he "apparently believes the Constitution has let him off the hook" this time because Trump is no longer president.

Following the violent insurrection on January 6 and the storming of the U.S. Capitol Building, Democrats in the U.S. House of Representatives — along with ten House Republicans, including Rep. Liz Cheney of Wyoming — indicted Trump on one article of impeachment: incitement to insurrection. Trump's critics, from Cheney to House Speaker Nancy Pelosi, believe that he encouraged a violent effort to overthrow the results of the 2020 presidential election.

This impeachment marks some firsts in U.S. history. It marked the first time a president had been impeached twice, and it will be the first time an impeachment trial in the Senate took place after the person had already left office. President Joe Biden and Vice President Kamala Harris were sworn in on January 20, officially marking the end of Trump's presidency.

"The Founders made clear that when an impeachment trial concerns a sitting president, 'the Chief Justice shall preside,'" Kruzel explains. "But they did not explicitly prescribe the same role when the high crimes and misdemeanors in question were carried out by a president who has since departed the White House, as Trump did on January 20."

On January 25, Kruzel notes, Senate Majority Leader Chuck Schumer told MSNBC's Rachel Maddow, "The Constitution says the chief justice presides for a sitting president. So, it was up to John Roberts whether he wanted to preside with a president who's no longer sitting: Trump. And he doesn't want to do it."

Leahy was chosen because he is the president pro tempore of the U.S. Senate, which means that he is the member of the majority party with the most seniority. The 80-year-old Democrat was first elected to the U.S. Senate via Vermont in 1974, and he became the Senate's president pro tempore again this year when Democrats won a narrow Senate majority.

Frank Bowman III, a University of Missouri law professor, is disappointed that Roberts opted not to preside over Trump's second impeachment trial. Bowman told The Hill, "It would be better to have Roberts in the chair but not, I think, an error of constitutional dimension not to have him there. Still, since I have reason to think that Roberts was requested to appear, but declined, I find myself disappointed in him. I think he's shirking here."