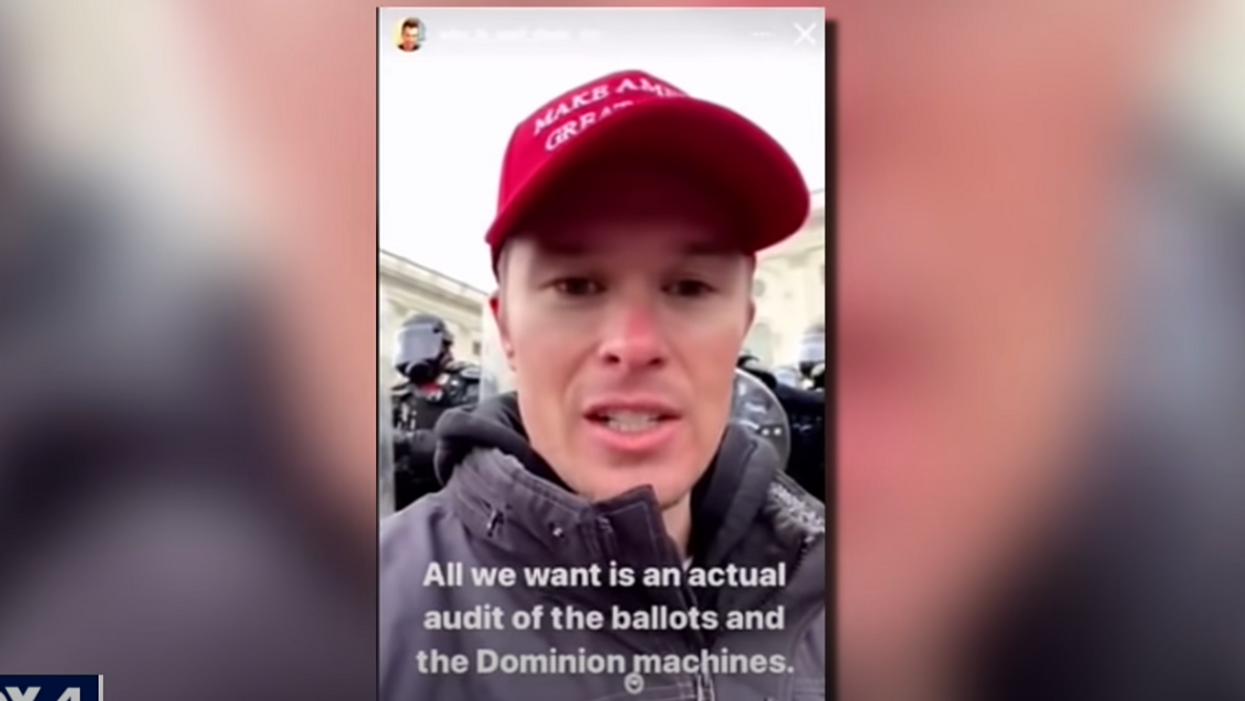 Law experts and legal observers are having a field day on Twitter with the latest bizarre lawsuit filed by Paul M. Davis, the Texas lawyer ousted from his job after recording himself storming the U.S. Capitol.

The disgraced conservative lawyer has reportedly filed legal documents charging that President Joe Biden is not a legitimate president. According to Law & Crime, Davis insists a federal judge "might be able to appoint a group of 'stewards' from the cabinet of former President Donald Trump to run most of the government from the White House."

However, that is not the most bizarre part of the lawsuit. In the second paragraph of Davis' complaint, it referenced a line from the classic film, "Lord of the Rings" as he insisted, "Gondor has no king."

A footnote was also included in the complaint to further explain his analogy:

During the course of the epic trilogy, the rightful King of Gondor had abandoned the throne. Since only the rightful king could sit on the throne of Gondor, a steward was appointed to manage Gondor until the return of the King, known as "Aragorn," occurred at the end of the story. This analogy is applicable since there is now in Washington, D.C., a group of individuals calling themselves the President, Vice President, and Congress who have no rightful claim to govern the American People.

Accordingly, as set forth in the Proposed Temporary Restraining Order, as a remedy the Court should appoint a group of special masters (the "Stewards") to provide a check the power of the illegitimate President until this Constitutional Crisis can be resolved through a peaceful legal process of a Preliminary Injunction Hearing and a jury trial on the merits.

Davis went on to urge federal judges to "take a stand against tyranny" despite his attempt to promote just that by attempting to overthrow an elected official holding the highest position in the nation. He also offered a number of other analogies to back his arguments. At one point, Davis even alleged that the entire Congress is illegitimate.

Now, legal experts are weighing in with critical remarks about Davis' wild lawsuit. Barry Burden, Elections Research Center director at the University of Wisconsin, explained the main issues he sees with Davis' suit.

"The suit is illogical and convoluted," Burden said, adding, "It misunderstands the Help America Vote Act altogether and the relationship between the U.S. Constitution, federal laws, and state election law. It is filed far too long after the election to be actionable and in any event is requesting a preposterous remedy of removing every elected federal official from office who was elected in 2020 aside from President Trump. Remarkably, the lawsuit says nothing about how Vice President Pence should be treated."

The only named plaintiff in a nutso lawsuit brought against literally every lawmaker by Texas lawyer Paul Davis (of… https://t.co/QRTl6sdaA3
— Roger Sollenberger (@Roger Sollenberger)1611192071.0

Ciara Torres-Spelliscy, a fellow at the New York University (NYU) School of Law's Brennan Center for Justice, also revealed what she believes will be the outcome of Davis' lawsuit based on the judicial handling of more than five dozen of the Trump campaign's post-election lawsuits.

"One thing that Americans learned during the post-election litigation is how little patience courts have for absurd legal arguments," Torres-Spelliscy noted, adding, "This legal effort to declare Congress illegitimate will be laughed out of court and could lead to sanctions for the lawyer bringing such a claim."