Hawley files ethics complaint against Democrats who filed one against him: 'I'm rubber you're glue defense' 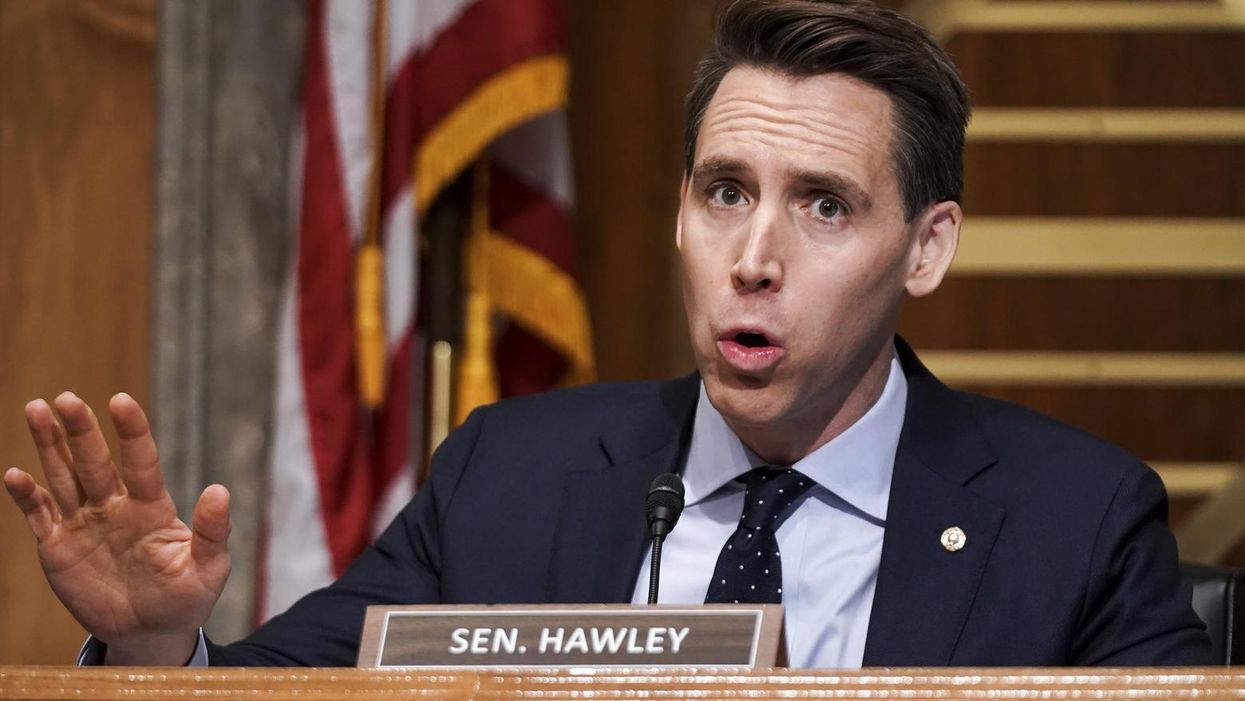 Facing growing calls for his resignation or explusion for attempting to overturn the results of the 2020 presidential election, Republican Sen. Josh Hawley on Monday filed an ethics complaint against the seven Democratic senators who filed an ethics complaint against him and fellow GOP Sen. Ted Cruz last week over their roles in inciting the deadly January 6 mob attack on the U.S. Capitol.

In a letter to the group of seven Democrats on Monday, Hawley wrote that he was "astounded to see the outrageous personal and partisan attack you labeled an 'ethics complaint.' It is a startling abuse of the ethics process and a direct assault on democratic debate."

The Democratic complaint against Hawley and Cruz states that the Republican senators "amplified claims of election fraud that had resulted in threats of violence against state and local officials around the country."

"Cruz and Hawley continued to amplify the claims of fraud that they likely knew to be baseless and that had led to violence earlier that day," the complaint continues. "Violent action provoked by false fraud claims remains a persistent threat."

In the early hours of January 7—shortly after the violent right-wing mob incited by then-President Donald Trump invaded and ransacked the halls of the Capitol Building—Hawley and Cruz voted with several of their Senate GOP colleagues and more than 100 House Republicans to toss out Arizona and Pennsylvania's electoral votes for President Joe Biden, an effort that was ultimately unsuccessful.

Hawley's role in the last-ditch Republican attempt to disenfranchise millions of voters drew particularly close attention, in part thanks to the now-infamous photo of the Missouri senator raising his fist in support of the pro-Trump mob just before it stormed the Capitol, resulting in five deaths.

While Hawley now claims he was "never attempting to overturn the election," The Washington Post's Greg Sargent argued last week that the senator's narrative is "just clever parsing: Hawley and others who announced plans to object to Biden's electors plainly helped persuade untold numbers of Americans that the election result might still be overturned (Hawley even subsequently voted to sustain the objections)."

"As long as a large enough constituency still continued believing the election was stolen from Trump, Hawley would be remembered among them as the leading fighter on their behalf," Sargent wrote. "Hawley thought he could harness these impulses. He is now stuck in the monumentally absurd position of condemning the violence without retracting or apologizing for his role in feeding the Big Lie that incited it."