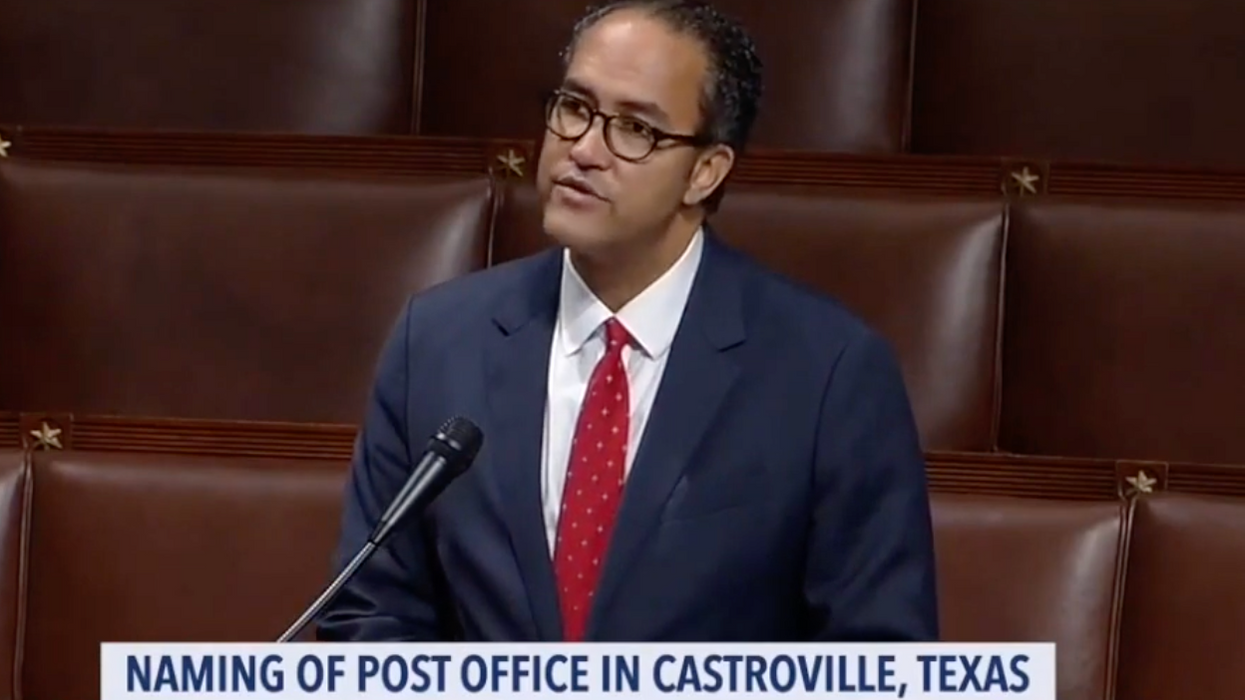 Texas Republican Will Hurd drew upon his six years in Congress and nine years as a clandestine CIA officer in a hard-hitting new op-ed published by The Washington Post.

Hurd, who did not seek re-election in 2020, warned that the 2022 midterms will be consumed by ads highlighting the connections between the GOP and the deadly insurrection by Trump supporters at the U.S. Capitol on January 6th.

"Republicans have lost seven of the last eight national popular votes, and it only took four years for us to lose the House, Senate and the White House. Republicans aren't going to achieve electoral success by being seen as the party that defends QAnon extremists who advocate the murder of the former vice president. Nor will we see success by supporting white supremacists who call a Black police officer the n-word while that police officer puts his life on the line to protect democracy. Every Republican on the ballot in 2022 will face campaign attack ads that affiliate them with the domestic terrorists who charged the U.S. Capitol on Jan. 6," he warned.

"If the party wants a future, the elected officials, pundits and activists who claim to be its members must stop peddling conspiracy theories and drive out those who continue to do so. Republicans must be honest and do the right thing based on conservative values, not the thing that leads to more clicks, comments or shares on social media," Hurd wrote. "Those of us who were old enough on 9/11 will always remember the image of the second plane slamming into the World Trade Center, just like all of us will remember the images of thousands of people at the Capitol attempting an insurrection on Jan. 6. Both were acts of terrorism conducted by fanatics. If Islamist terrorism was the existential challenge of the early 2000s, then the environment of disinformation, misinformation and lies fueling domestic terrorism is the challenge of our current generation. This 'infodemic' is getting worse, and it is radicalizing elements of our society."

"The truth is, President Donald Trump lost big time. Many Republicans on the ballot across the country in 2020 outperformed the president by significant margins. He was an anchor around our necks at the voting booth," he noted. "Furthermore, if you elevate a flag that has someone's name on it to the same level that you elevate your national flag, then you are not a patriot; you are part of a cult. When we put our hands on our hearts, we pledge allegiance to a flag, not an individual. The flag represents a nation founded on a perpetual goal to form a more perfect union, not a commitment to any one person."