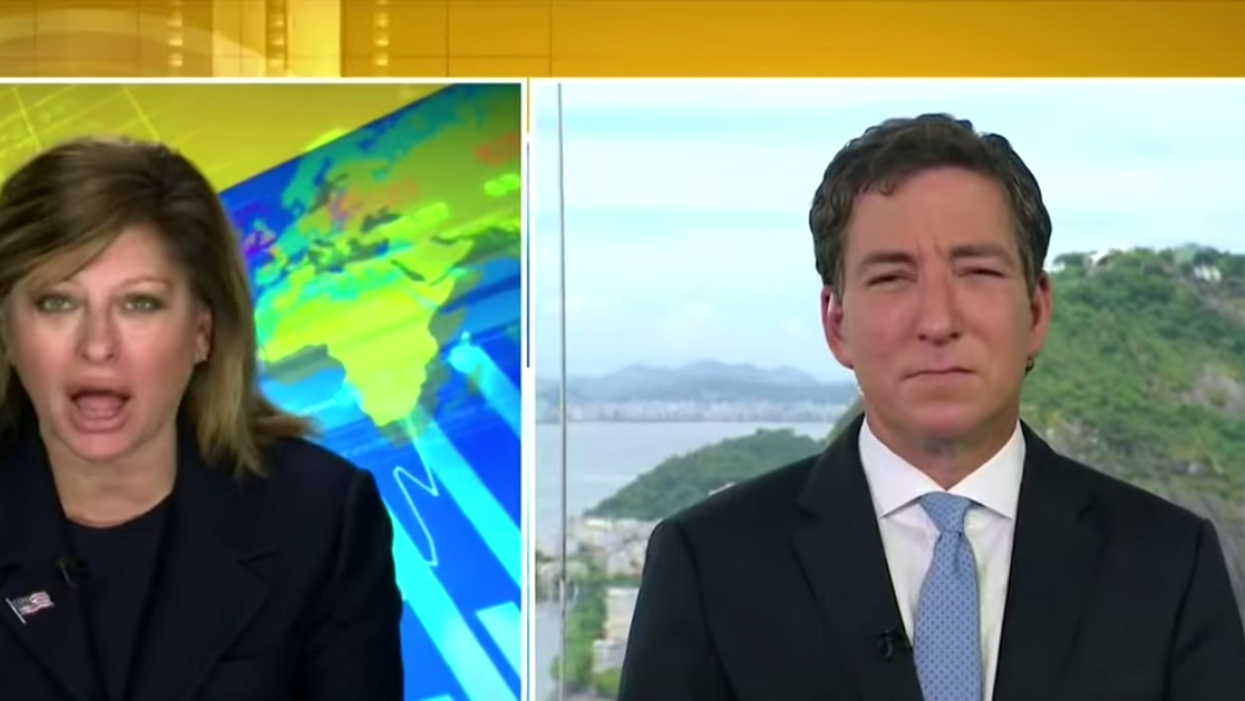 Free speech warrior Glenn Greenwald complained about "censorship" over the weekend after he was accused of triggering the firing of a New York Times reporter who tweeted about getting "chills" as Joe Biden was on route to becoming the 46th president.

According to reports on Twitter, the Times fired contract editor Lauren Wolfe after Greenwald complained about one of her tweets that seemed to suggest she was relieved that Biden was about to become the next president.

Greenwald later claimed that he disagreed with Wolfe's dismissal.

"Liberals — who spend half their day online attacking New York Times reporters for insufficient fealty to the Democratic Party (which is like criticizing Maddow for insufficient attention to Russia) — have promulgated a new rule for everyone else," he wrote.

In an interview on Fox News on Sunday, Greenwald complained about "censorship" of conservatives.

During the discussion, Fox News host Maria Bartiromo opined about a "major problem" of the media "trying to mislead the public."

"Big tech continues to snuff out free speech on its platforms," she warned, citing a recent poll.

"I think it's an incredibly important story that's receiving almost no attention," Greenwald said. "Because the people who should give attention are the ones that this poll says they are losing faith and trust. This is not a new sudden development. This has been taking place for years."

According to Greenwald, media "blame others who criticize their bad reporting as though they're being unfairly vilified."

"And when that doesn't work," he continued, "what they do now is a third response, which is trying to censor their critics and those who are actually inspiring trust by saying, 'Kick these people off the Internet, their audience is too big, censor these people, throw their platform off the Internet.'"

"They're now at the point where they're advocating censorship," Greenwald said.

"Unbelievable," Bartiromo agreed. "Let's not forget, The Washington Post and The New York Times won Pulitzers over their coverage of the Russia hoax! Right? So they don't want to give the mea culpa that, oh, wait, we were had."