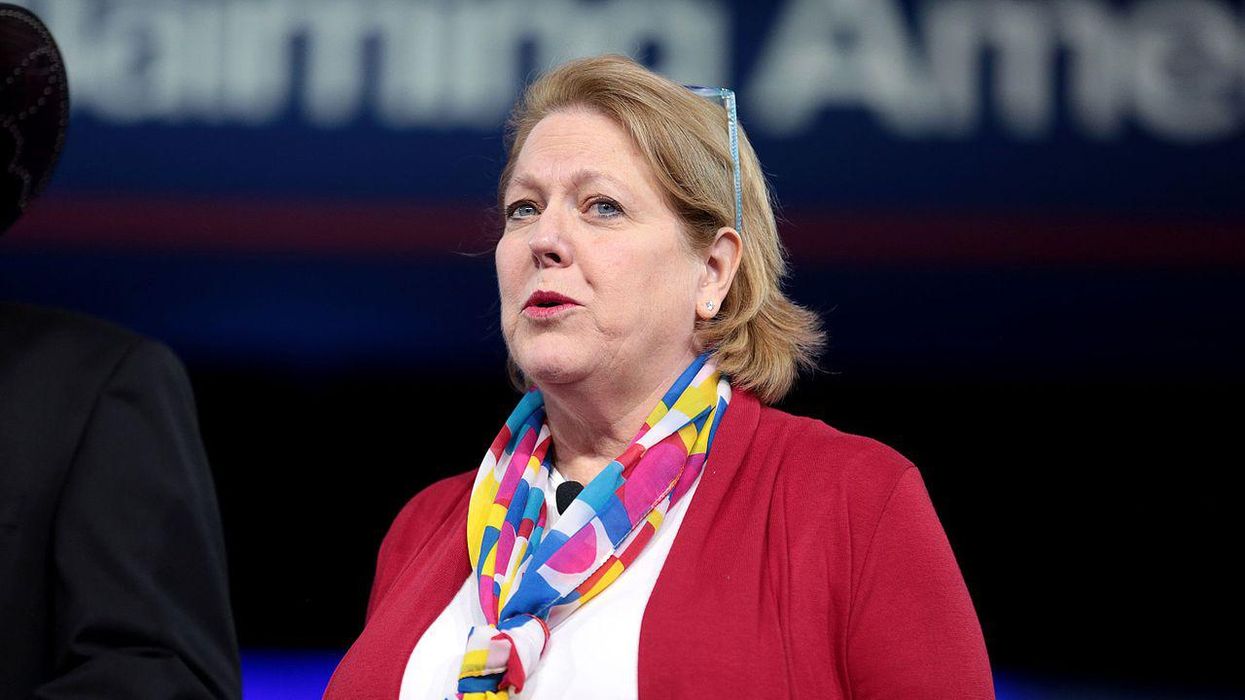 Hours before a violent mob of far-right extremists attacked the U.S. Capitol Building on January 6, President Donald Trump and his supporters spoke at an event in Washington D.C. — where they demanded that Congress overturn the electoral college results for the 2020 presidential election. And one of those supporters was conspiracy theorist Ginni Thomas, wife of U.S. Supreme Court Justice Clarence Thomas.

Ginni Thomas tweeted her support of that event on January 6, saying, "LOVE MAGA people!" and "God bless each of you standing up or praying." Slate's Mark Joseph Stern notes that after the attack on the Capitol Building, she added an addendum and posted, "Note: written before violence in US Capitol."

Stern, in an article published by Slate on January 8, notes, "Thomas, a conservative lobbyist and zealous supporter of Donald Trump, has fervently defended the president over the last four years. On her Facebook page, she frequently promotes baseless conspiracy theories about a 'coup' against Trump led by Jewish philanthropist George Soros, a frequent target of anti-Semitic hate. Thomas draws many of these theories from fringe corners of the internet, including an anti-vax Facebook group that claimed Bill Gates would use the COVID vaccine to kill people."

For background, Ginni Thomas is a conservative lobbyist and avid Trump supporter who campaigned for him. She also r… https://t.co/IPbF5CGHX1
— Mark Joseph Stern (@Mark Joseph Stern)1610080689.0

Soros, of course, has never promoted any type of coup d'état against the United States, but the words "attempted coup" easily apply to the events of January 6 — when a sitting president egged on his supporters, who in turn violently stormed the U.S. Capitol Building in the hope of preventing Congress from certifying the victory of President-elect Joe Biden. The extremists who showed up in Washington D.C. that day included members of the Proud Boys, supporters of the QAnon conspiracy cult and neo-confederacy groups.

"In all likelihood," Stern explains, "Ginni Thomas will face no consequences for cheerleading a rally that sought to overturn an election, then laid siege to the Capitol in a failed insurrection. Her husband will ignore the controversy and continue to rule on cases that involve his wife's 'lobbying efforts.' We may never know how much influence a conspiracy theorist has on the highest court's most conservative justice."