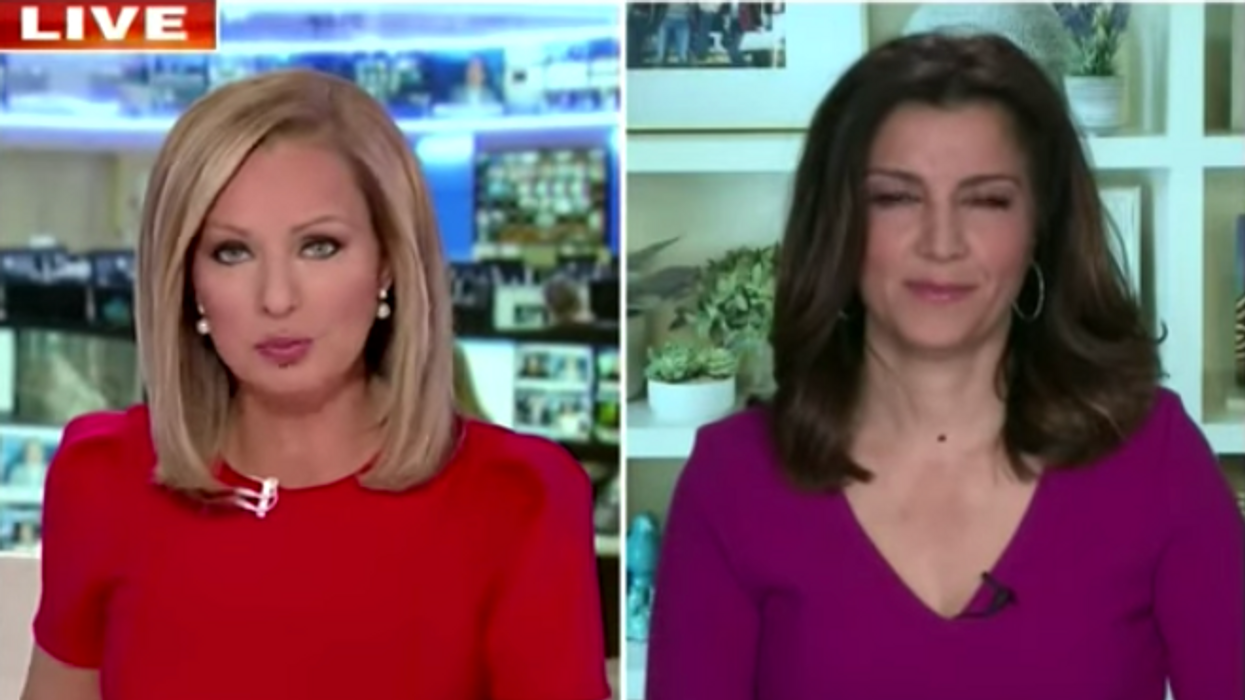 Fox News host Rachel Campos-Duffy on Wednesday reacted to potential Republican losses in the Georgia runoff races by blaming Black people who she said had been "captured" by Democrats.

The morning after the Tuesday runoffs, Fox News host Sandra Smith spoke to Campos-Duffy about the results.

"You're analysis is very important this morning," Smith said. "You and your husband, Sean Duffy, are very strong voices in the Republican Party. You see what's happening, you just watched what's happening down in Georgia."

"I think there are limits to what [Republican] politics can do," Campos-Duffy replied. "I believe culture is more important, that elections are lagging indicators of what is happening in the culture. And let's be very clear, we have been under a multi-generational, very patient, very potent indoctrination program by the left."

Campos-Duffy then opined on the Black community.

"The African-American vote was very important in this vote," she said. "It really is what won the day."

"And the African-American culture has been captured by the left," the pundit added, "whether it's sports, media, their leaders. I mean, to the point where you have a pastor -- a pastor, a Christian pastor -- who unabashedly announces that he is pro-abortion."

Campos-Duffy claimed that the state of African-American politics "is a very serious problem."

"This is a massive wakeup call to conservatives, to Republicans, that it is -- we're going to lose our country and our values if we don't engage in this culture war," Campos-Duffy insisted. "Our ideas are not passed on in the bloodstream to our children, they are taught."

She revealed that she was "trying not to be too dramatic about this."

"But I really do think that so much is at stake," she concluded. "The African-American vote was so important. As I mentioned before, they were captured. As you look at this Hispanic vote, not as susceptible to socialism."