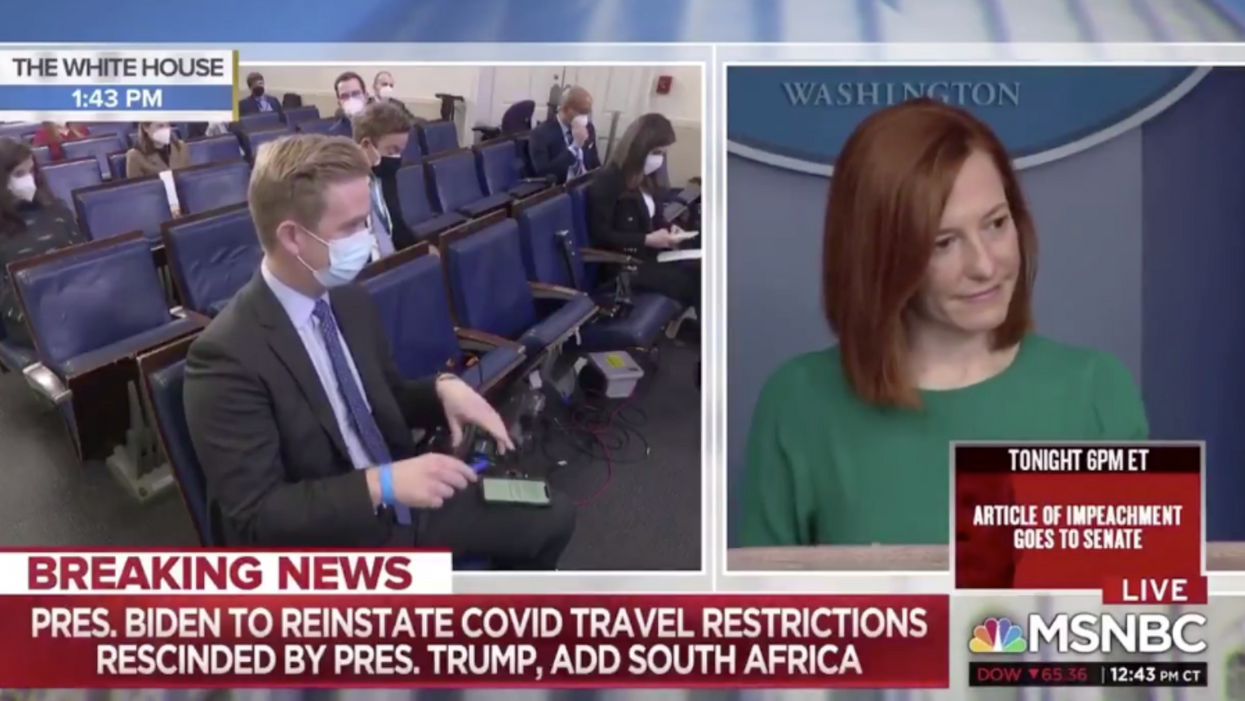 Fox News White House Correspondent Peter Doocy appears to have had a rough day in the White House press briefing room, after asking Press Secretary Jen Psaki hyper-partisan questions seemingly designed to help the right wing network's falling ratings while not providing the American public with anything of merit.

"President Trump was imposing travel restrictions in March specifically on China," Doocy said, beginning his question. "Then-candidate Biden called it 'xenophobic' and 'fear-mongering.' So, now-President Biden is putting travel restrictions on people coming in from other countries. What words would you use to describe this?" he asked.

"Well, I don't think that's quite a fair articulation," Psaki replied. "The President has been clear that he felt the Muslim ban was xenophobic; he overturned the Muslim ban. He also though has supported, and he himself – even before we did, I should say even before he was inaugurated – steps, travel restrictions in order to keep the American people safe, to ensure that we are getting the pandemic under control, that's been part of his policy, but he was critical of the former president for having a policy that was not more comprehensive than travel restrictions, and he conveyed at the time and, more recently, the importance of having a multifaceted approach, mask wearing, vaccine distribution, funding in order to get 100 million shots in the arms of Americans in the first 100 days, not just travel restrictions."

For the record, candidate Biden did accuse President Trump of "xenophobia," but not in response to Trump's ban on China (which was not an actual ban since at least 40,000 people were still able to enter the U.S. from China.)

@Acyn I love how she shuts down their BS with a complete, intelligent, articulate answer, and does it without telling any lies.
— Diane (@Diane)1611601414.0

This Doocy kid at the White House press briefing answers an important question about whether being a spineless scum… https://t.co/EVQ8T4sna1
— Adam Parkhomenko (@Adam Parkhomenko)1611601487.0