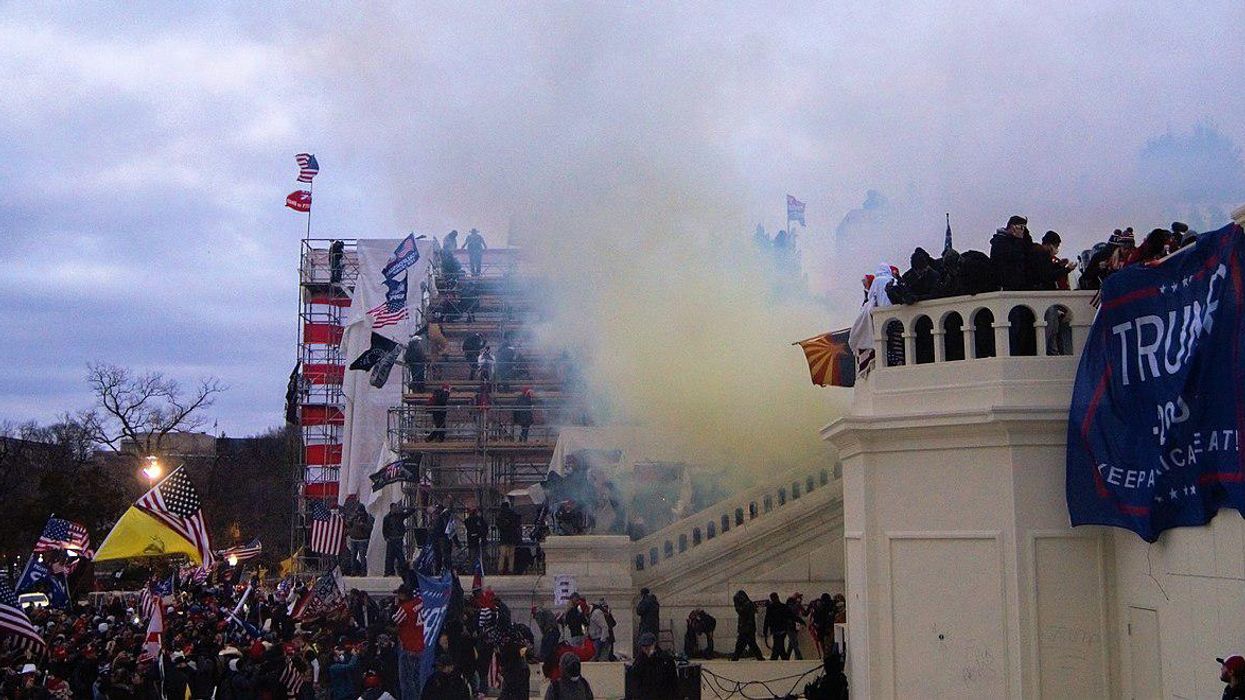 Just one day before angry Trump supporters breached the U.S. Capitol, the Federal Bureau of Investigation (FBI) released an internal report that warned of a potential "war" at the federal building amid the Congressional hearing to certify the Electoral College vote.

According to The Washington Post, the report, which was released by an FBI office in Virginia, appears to contradict the claim of a senior White House official who claimed the federal bureau "had no intelligence indicating anyone at last week's pro-Trump protest planned to do harm."

Released the day before the Electoral College certification, the alarming report is said to have depicted a "dire portrait of dangerous plans" and also included details about "individuals sharing a map of the complex's tunnels, and possible rally points for would-be conspirators to meet up in Kentucky, Pennsylvania, Massachusetts, and South Carolina and head in groups to Washington."

"As of 5 January 2021, FBI Norfolk received information indicating calls for violence in response to 'unlawful lockdowns' to begin on 6 January 2021 in Washington. D.C.," the document states. "An online thread discussed specific calls for violence to include stating 'Be ready to fight. Congress needs to hear glass breaking, doors being kicked in, and blood from their BLM and Pantifa slave soldiers being spilled. Get violent. Stop calling this a march, or rally, or a protest. Go there ready for war. We get our President or we die. NOTHING else will achieve this goal."

The latest report serves as the most substantial piece of evidence to measure the failed efforts to properly secure the U.S. Capitol ahead of the riots that erupted.

The civil unrest that erupted at the Capitol has also led to seemingly difficult race relations discussions between the FBI and other law enforcement agencies. Questions are also looming about whether or not investigators failed to properly identify the threat level associated with these attacks simply because the rally attendants and Capitol rioters were mostly white conservatives.

"Individuals/Organizations named in this [situational information report] have been identified as participating in activities that are protected by the First Amendment to the U.S. Constitution," the document says. "Their inclusion here is not intended to associate the protected activity with criminality or a threat to national security, or to infer that such protected activity itself violates federal law.

The latest development comes as the bureau braces for more planned attacks in the days leading up to President-elect Joe Biden's inauguration. On Monday, Jan. 11, the FBI released a bulletin about possible armed protesters at all 50 state Capitol buildings across the United States.