How the American craving for fascism persists 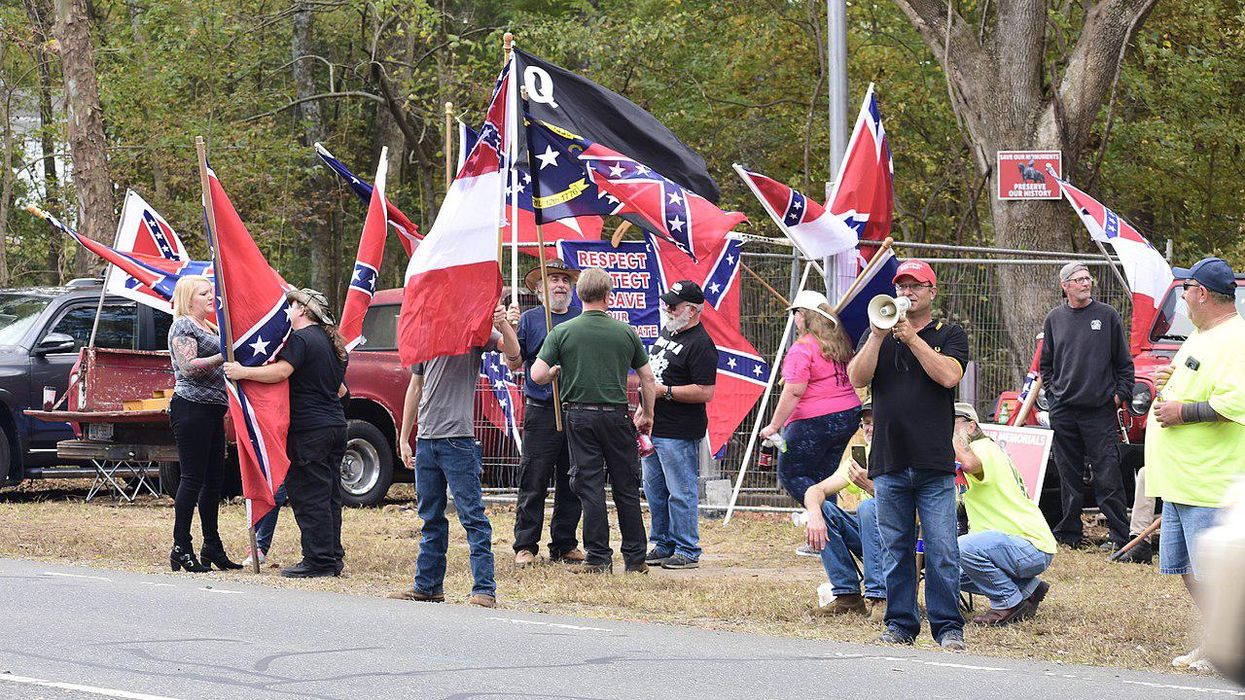 Jason Stanley, a Yale University professor and author of the 2018 book, "How Fascism Works: the Politics of Us and Them," had a lot to say about fascism during Donald Trump's four years in office — offering extensive analysis of Trump's authoritarian leanings and divisive us-versus-them politics. Stanley looks back on the Trump era during an interview with Vox's Sean Illing and stresses that although Trump is gone from the White House, a craving for fascism hasn't disappeared from U.S. politics.

Different political science experts have had different views on what constitutes fascism, but in general, fascism is understood to be far-right authoritarianism — whereas communism is far-left authoritarianism. Past dictators who are typically cited as examples of fascists include Germany's Adolf Hitler, Italy's Benito Mussolini or Spain's Francisco Franco in Europe and Chile's Gen. Augusto Pinochet or Paraguay's Alfredo Stroessner in Latin America. And a fascist, as Stanley has pointed out, doesn't have to be an actual dictator.

Stanley, during his post-Trump era interview with Vox, explained, "It's not helpful to think of fascism as a regime type, and it's not helpful to think of it as a set of coherent beliefs. Fascism is usually a cult of the leader who promises national restoration in the face of supposed humiliation by immigrants, minorities and leftists. Fascism takes many different forms in different countries, however. The Ku Klux Klan in the United States has long been regarded as the first functionally fascist organization by scholars like Robert O. Paxton."

Although Trump is gone from the White House, Stanley stressed that his movement is still very much alive. According to Stanley, Trump is still "creating a fascist social and political movement with himself as the leader."

"I don't care if, in his heart, he's just doing it for power — that is what fascists will often do," Stanley told Vox. "When you see what's happening as the creation of a fascist social and political movement, then you expect certain things to happen. You expect political violence, you would expect naked attempts to steal an election. So, we must take Trump literally."

Stanley added that as long as Americans feel they are being abused financially, fascists will try to make inroads in the United States.

"As long as we have this catastrophic banking and finance system and somebody can come along and say, 'Look at how badly the elites are ruling you, look at how they betrayed you,' we're in trouble," Stanley warned. "The Republicans are trying to set the Democrats up for that already. They're trying to get them to do less, to not come through for people and to just come through for business. So then they can say, 'Look at the elites betraying you again.'"

Journalist John Ganz is also warning that the appetite for fascism in the U.S. didn't end with Trump's presidency.

"The number of hardcore, self-avowed fascists in the United States is quite small and not organized into a formidable force," Ganz writes in an article for Medium, "but nevertheless, I would say that Trump represents an incipient or inchoate fascism, as others have argued — and moreover, that Trumpism has a fascist structure."

Like Stanley, Ganz argues that Americans who feel beaten down and victimized economically can be receptive to fascist arguments.

"This fascist structure of Trumpism, its mythic core, is why hardcore, self-conscious fascists like neo-Nazis and alt-right groups welcomed the emergence of Trump so enthusiastically: they knew this was their kind of politics even if they knew Trump was not an ideologically self-conscious fascist in the way they might like," Ganz explains. "But they felt with Trump a certain kind of political practice had arrived."