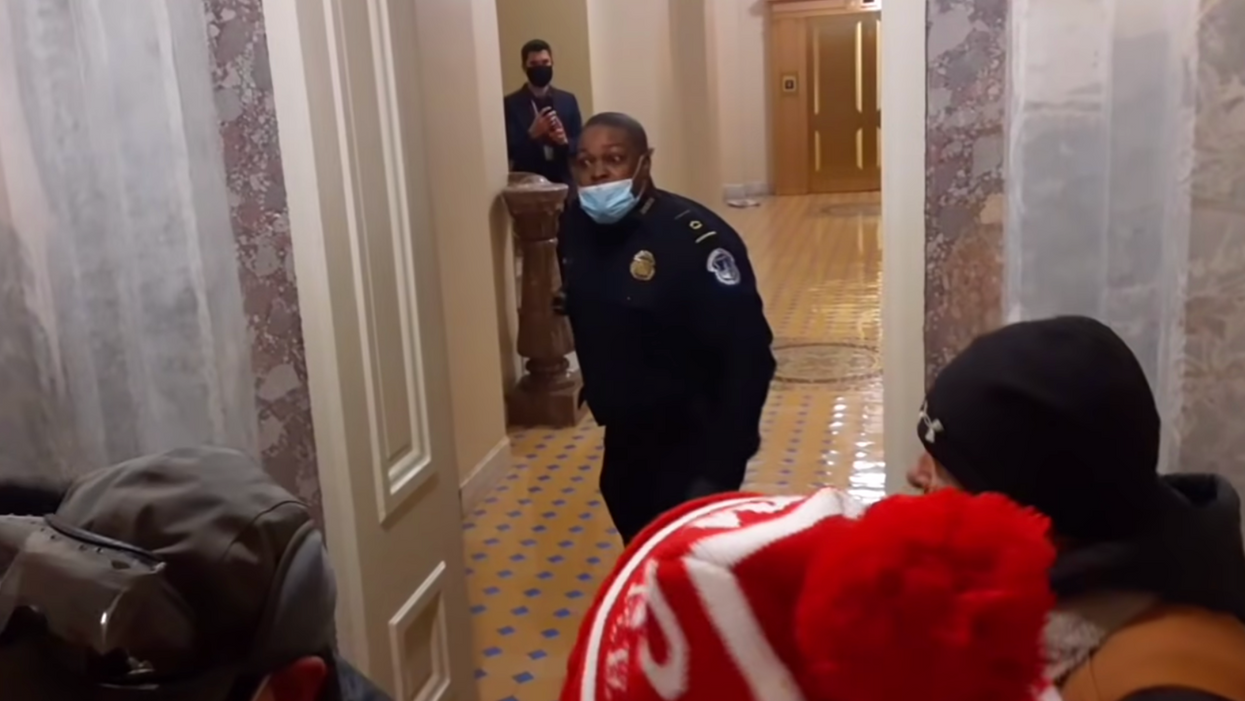 Two weeks ago today, U.S. Capitol Police officer Eugene Goodman quickly diverted an angry mob of Trump supporters from attacking lawmakers inside the federal building. Now, he has been deemed a hero.

Today, Goodman had the honor of escorting Vice President Kamala Harris through the Capitol building ahead of the inaugural ceremony, according to NPR. Photos of Goodman in attendance at the inaugural ceremony have gone viral on social media as users continue to praise him for his courageous efforts.

In the video, the Black officer was seen confronting a mob of angry Trump supporters, some of whom carried Confederate flags, who had stormed the Capitol to stop the electoral college certification. Goodman managed to divert the large group from the Senate chambers where lawmakers, including then-Vice President Mike Pence, were participating in the certification of electoral college votes.

The Capitol riots ultimately led to the deaths of five people, including one Capitol police officer.

To honor Goodman for his efforts, the publication reports "legislation has been introduced in Congress to give Goodman the Congressional Gold Medal for his actions." Goodman also had the honor of being named the acting deputy sergeant-at-arms for House on Inauguration Day.