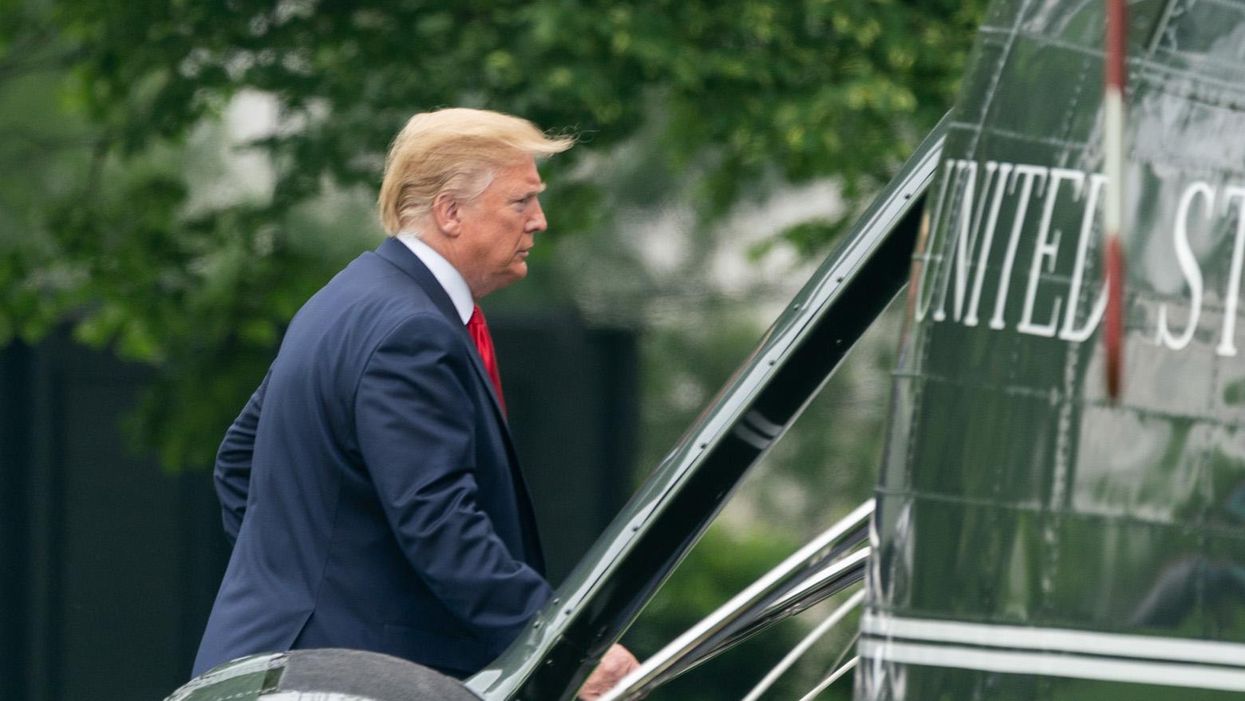 President Donald J. Trump boards Marine One on the South Lawn of The White House for his flight to Joint Base Andrews, Md. Wednesday, May 8, 2019, and his trip to Tyndall Air Force Base, Fla. (Official White House Photo by Shealah Craighead)
Meaghan Ellis
January 12, 2021

President Donald Trump may not see the error of his ways but some of the United States' largest banks are making it known they strongly disagree with his actions.

According to The New York Times, Deutsche Bank is distancing itself from the president amid the aftermath of the deadly riots that erupted at the U.S. Capitol on Jan. 6. Although Trump owes the bank approximately $300 million, the publication reports that the German financial institution wants no future business dealings with the president or his companies.

In addition to Deutsche Bank, New York's Signature Bank also released a statement confirming the closure of Trump's personal bank accounts while calling for the lame-duck president to resign from his post. The bank has also vowed not to conduct any further business with any Congressional members who actively worked to overturn the outcome of the presidential election and block the electoral college certification.

"We have never before commented on any political matter and hope to never do so again," Signature Bank said in a statement. "However, as Americans we are deeply, deeply saddened by the rioting and insurrection which took place in the most sacred of American institutions, our United States Capitol."

It added, "To witness a rioter sitting in the presiding chair of the U.S. Senate and our elected representatives being told to seek cover under their seats is appalling and an insult to the Republic. We witnessed the President of the United States encouraging the rioters and refraining from calling in the National Guard to protect the Congress in its performance of duty."

The bank concluded by saying: "At this point in time, to ensure the peaceful transition of power, we believe the appropriate action would be the resignation of the President of the United States, which is in the best interests of our nation and the American people."

The banks' decisions to sever ties with Trump could lead to an additional financial threat after he leaves the White House next week. Following his dipartue, Trump could be subjected to a number of criminal investigations for fraud, tax evasion, and even sexual misconduct.