'A world of denial': Conservative writer blasts GOP voters for being 'delusional' 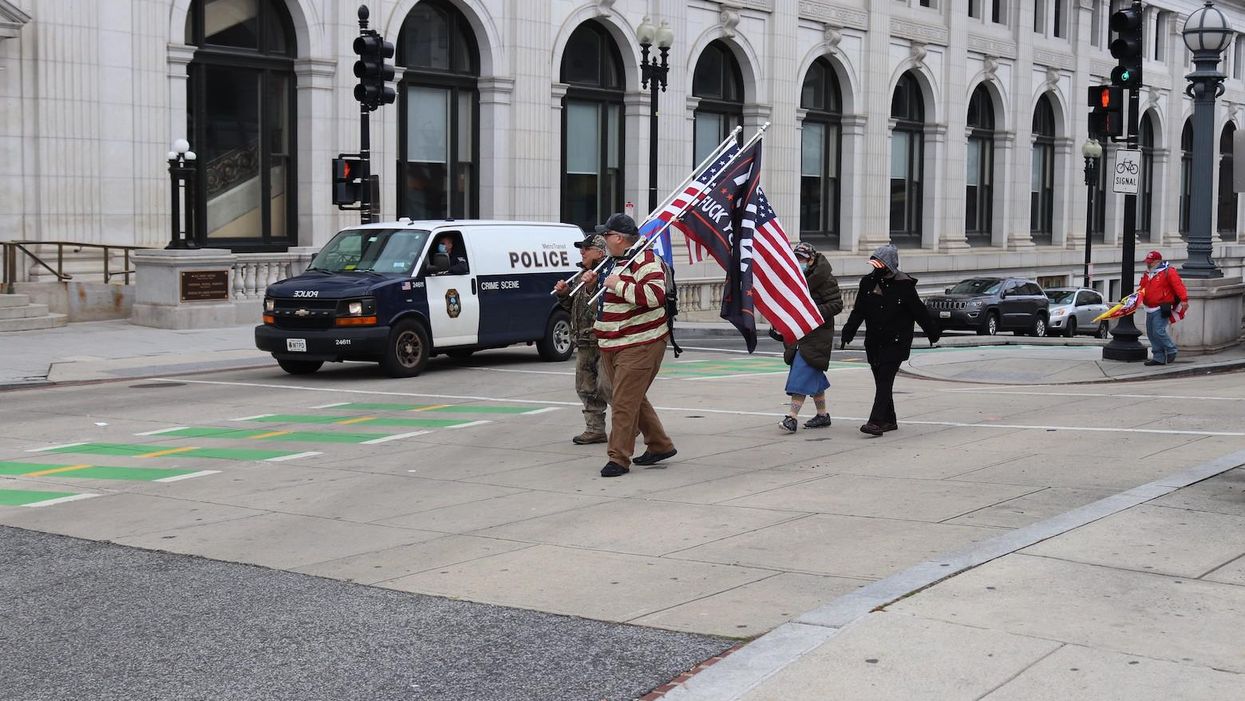 Conservative Washington Post columnist Jennifer Rubin has made no secret of the fact that on January 20, she was delighted to see President Joe Biden sworn into office and former President Donald Trump exit the White House. Rubin was hoping — not expecting, but hoping — that the GOP would abandon Trumpism after Trump was voted out of office. Instead, Rubin laments in a column published this week, Republicans are doubling down on it. And she argues that a party that has been overtaken by dangerous extremists and insurrectionists must be kept away "from the levers of power."

Trump is facing a second impeachment trial following the violent insurrection on January 6, when a violent mob of pro-Trump insurrectionists stormed the U.S. Capitol Building in the hope of preventing Congress from certifying Biden's Electoral College victory in the 2020 presidential election. Yet many Republicans, Rubin notes, are still unwavering Trump supporters.

"The vast majority of Republicans prefer to live in a world of denial, even at the price of refusing to hold the instigator of a domestic terrorist attack responsible," Rubin laments. "The party's base, at this point, is as delusional as Republican 'leaders' who refuse to convict Trump for instigating the assault and who treat conspiracy-monger Rep. Marjorie Taylor Greene (R-Ga.) as a member in good standing."

The far-right Greene has been drawing a great deal of criticism this week not only for supporting the unhinged QAnon cult, but also, for promoting violence against well-known Democrats — including House Speaker Nancy Pelosi and Rep. Alexandria Ocasio-Cortez — and mocking survivors of violent attacks like the ones at Sandy Hook Elementary School and Marjory Stoneman Douglas High School. But instead of throwing Greene under the bus, Rubin observes, House Republicans have welcomed her with open arms and picked her for the House Education Committee.

"Democrats should follow Pelosi's lead in denouncing the Republicans' indulgence of dangerous demagogues," Rubin stresses. "Democrats should not mince words. Republicans, after attempting to fulfill the wishes of the mob they cultivated to overthrow the election, are now coddling White supremacists and want to 'move on' from the murder of a law enforcement officer. Their conduct is indefensible; their language suggests they have abandoned their oaths and their fidelity to democratic, peaceful governance. Republican officials, including House Minority Leader Kevin McCarthy (R-Calif.) — who went to Mar-a-Lago on Thursday to kiss the ring of the disgraced former president — have spread insane conspiracy theories and rationalized racism and even violence. The mob applauds and demands more."

Rubin argues that conservative Republicans in Congress who are willing to call out violent extremism — Sen. Mitt Romney of Utah, for example — have become the exception instead of the rule.

The conservative columnist laments, "The number of 'normal' Republicans willing to live in the real world and embrace their responsibilities is frightfully small….. Expecting a sliver of the party to reform from within is a bad bet, no matter how honorable Sen. Mitt Romney (R-Utah) might be….. The political insanity that has gripped one party is not going away soon. ….. The rest of us need to keep Republicans away from the levers of power."