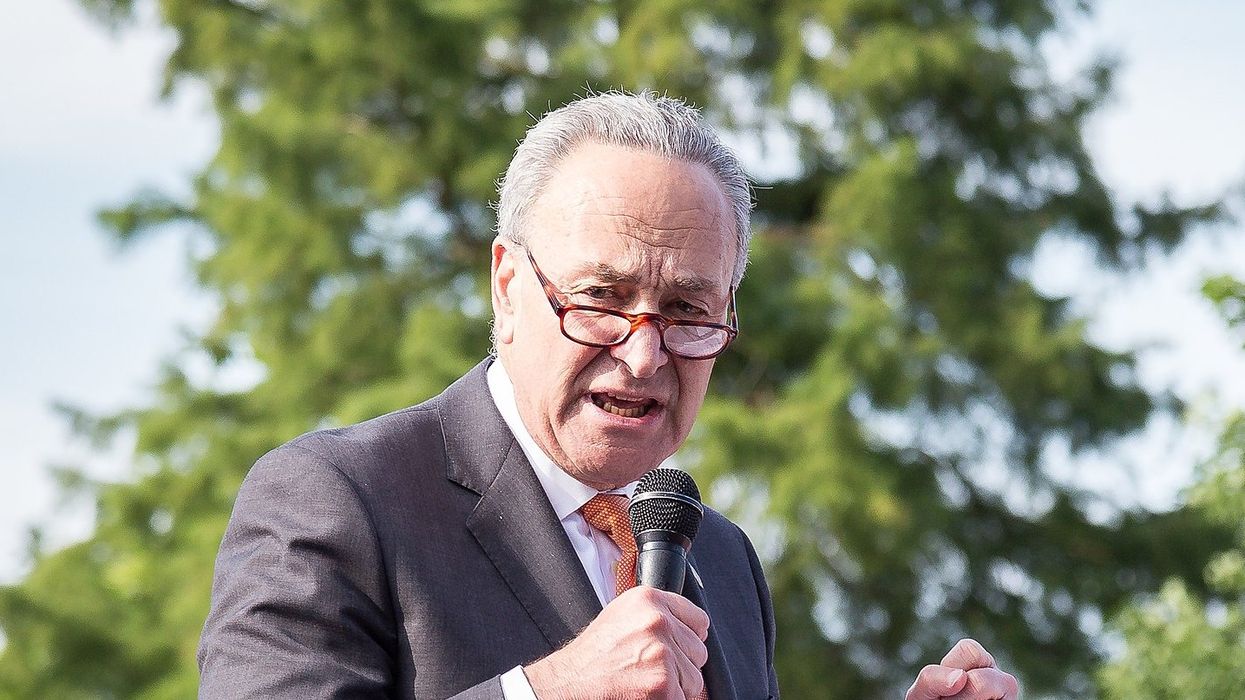 "Linking Together: March to Save Our Care" Rally at the U.S. Capitol on June 28, 2017. Democratic Party Leaders and others spoke to defend the Affordable Care Act and to defeat Republican Party efforts to repeal so called "Obama Care" and replace it with "Trump Care" alternatives. Mobilus In Mobili / CC BY-SA (https://creativecommons.org/licenses/by-sa/4.0)
David Badash
and
The New Civil Rights Movement
January 26, 2021

"All I can tell you is we are not letting Mitch McConnell dictate how the Senate runs or what we do," Schumer reportedly said, in response to a question from Punchbowl News about going "nuclear" and eliminating the filibuster in the Senate. "I will tell you this. There's huge anger in my caucus about what he's done."

Grassroots Democrats, including liberals and progressives, are increasingly demanding Leader Schumer eliminate the filibuster, a Jim Crow-era holdover that was implemented to prevent civil rights legislation from passing.

The Senate has a 50-50 split, and Democrats hold the majority only because Vice President Kamala Harris, who constitutionally serves as the Senate president, can break ties for Democrats.

Senate Democrats have never forgiven McConnell for what they see as the theft of the Supreme Court seat that then-President Barack Obama constitutionally had the right to fill. McConnell then rushed to fill the seat left open by the passing of the late Supreme Court Justice Ruth Bader Ginsburg.

McConnell has also killed almost every piece of legislation passed by the Democratically-controlled House, and even nicknamed himself the "Grim Reaper," while pushing through hundreds of often unqualified, far right wing judges under President Trump.