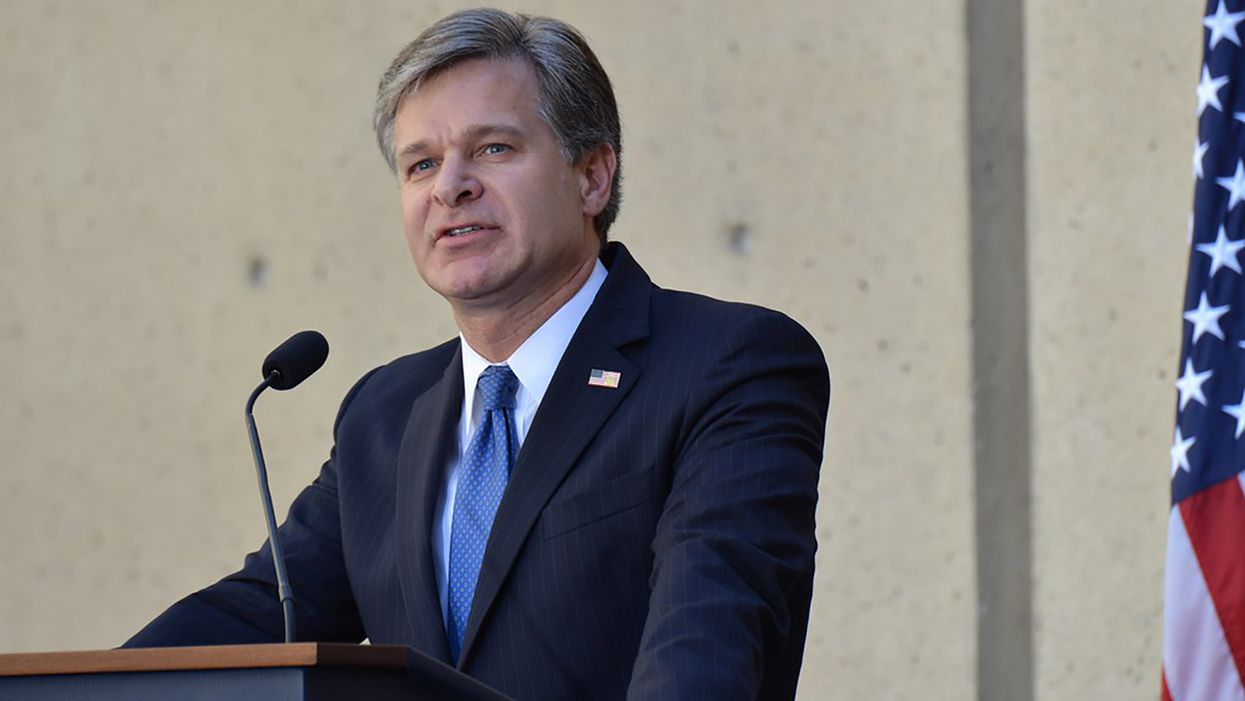 Director Christopher Wray addresses the audience during his formal installation ceremony at FBI Headquarters on September 28, 2017. Wray, a former U.S. attorney and assistant attorney general in the Justice Department’s Criminal Division, was formally sworn in August 2, 2017 in a private ceremony, Image via FBI Flickr.
Brad Reed
and
Raw Story
January 21, 2021

Rumors swirled in the months leading up to the 2020 presidential election that former President Donald Trump wanted to fire FBI Director Christopher Wray, with whom he openly feuded about the origins of the investigation into the Trump campaign's contacts with the Russian government.

But after losing the 2020 election, Trump decided against firing Wray -- and according to New York Times reporter Maggie Haberman, his restraint in this case was driven by self-interest.

"Trump made clear to aides a week after the election he wouldn't fire Wray, in part because he was afraid a new FBI director would be more incentivized against him," Haberman writes on Twitter.

Haberman also says that President Joe Biden decided to keep Wray in part because firing him would have created blowback, especially because Biden's son, Hunter Biden, is currently under investigation for potential tax fraud.

Trump's 2017 firing of former FBI Director James Comey was what led then-deputy Attorney General Rod Rosenstein to hire Robert Mueller as a special counsel to investigate both the Trump campaign's contacts with Russian agents and whether the firing of Comey was an effort to obstruct that investigation.