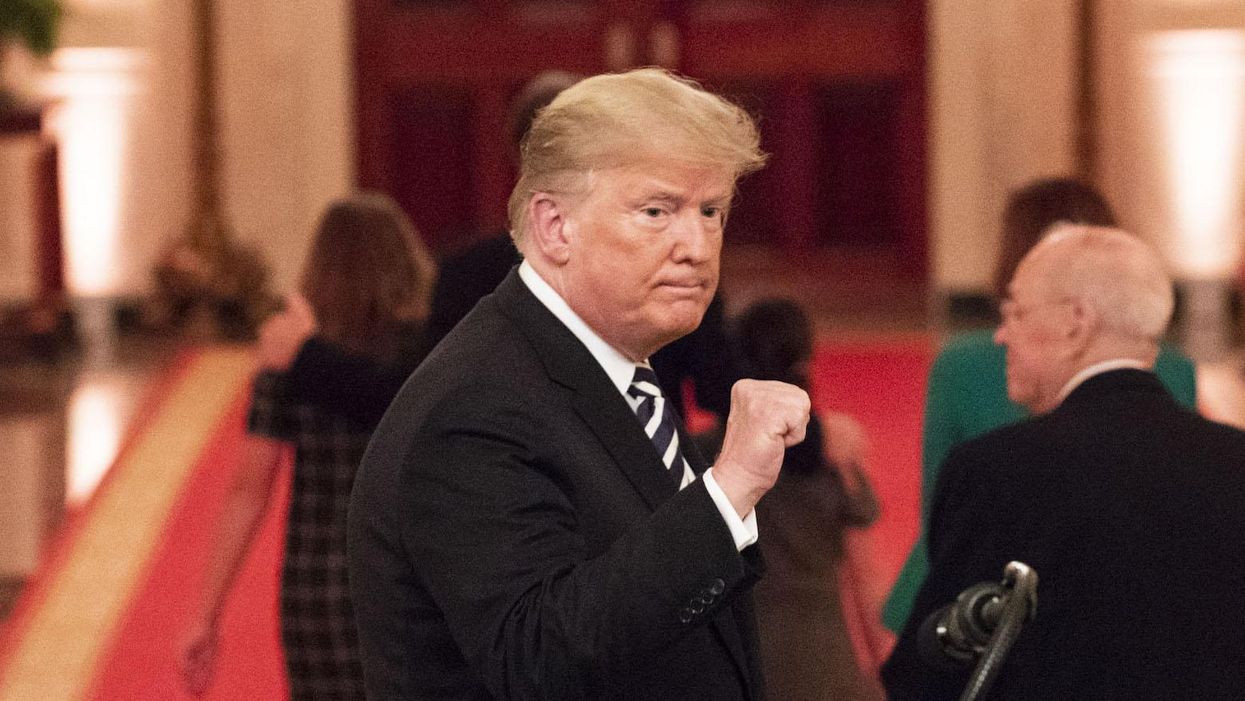 Former President Donald Trump has been gone from the White House for over a week. But according to CNN, he hasn't become any less vindictive — and one of his main targets is Rep. Liz Cheney of Wyoming.

Cheney, the arch-conservative daughter of former Vice President Dick Cheney, infuriated Trump and his supporters when she came out strongly in favor of Trump's impeachment following the January 6 assault on the U.S. Capitol Building. And CNN's Michael Warren is reporting that according to a CNN source, the former president — who met with House Minority Leader Kevin McCarthy at Mar-a-Lago in Palm Beach, Florida this week — is urging Republicans to throw her under the bus.

Warren reports that "Trump has repeatedly questioned his Republican allies about efforts to remove Cheney from her leadership position and run a primary candidate against her. He has also been showing those allies a poll commissioned by his Save America PAC that purports to show that Cheney's impeachment vote has damaged her standing in Wyoming, even urging them to talk about the poll on television."

McCarthy, Warren reports, has confirmed that Trump has "committed to helping elected Republicans in the House and Senate in 2022." But Rep. Cheney won't be one of them.

"It's clear Trump does not want Cheney to be a part of that House majority," Warren explains. "Cheney, the chair of the House Republican Conference, was one of 10 Republicans to vote for Trump's impeachment on January 13. Trump's allies within the GOP conference are helping to punish Cheney."

The 54-year-old congresswoman already has a Republican primary challenger for 2022: far-right Wyoming State Sen. Anthony Bouchard, founder the group Wyoming Gun Owners. As right-wing as Cheney is, Bouchard is arguing that she isn't right-wing enough. And one of the Trumpista wingnuts who is hoping to see Cheney defeated in a congressional primary in Wyoming in 2022 is Rep. Matt Gaetz of Florida. On January 27, Gaetz traveled to Wyoming to campaign against her and appeared at an anti-Cheney rally — which far-right GOP activist Donald Trump, Jr. called into. The ex-president's son tweeted, "It's time to get this RINO out of GOP leadership!

Warren notes that the McCarthy/Trump meeting at Mar-a-Lago "reflects a sense among some Republicans in Washington that Trump remains a singular force within the party and that the former President is an electoral asset."