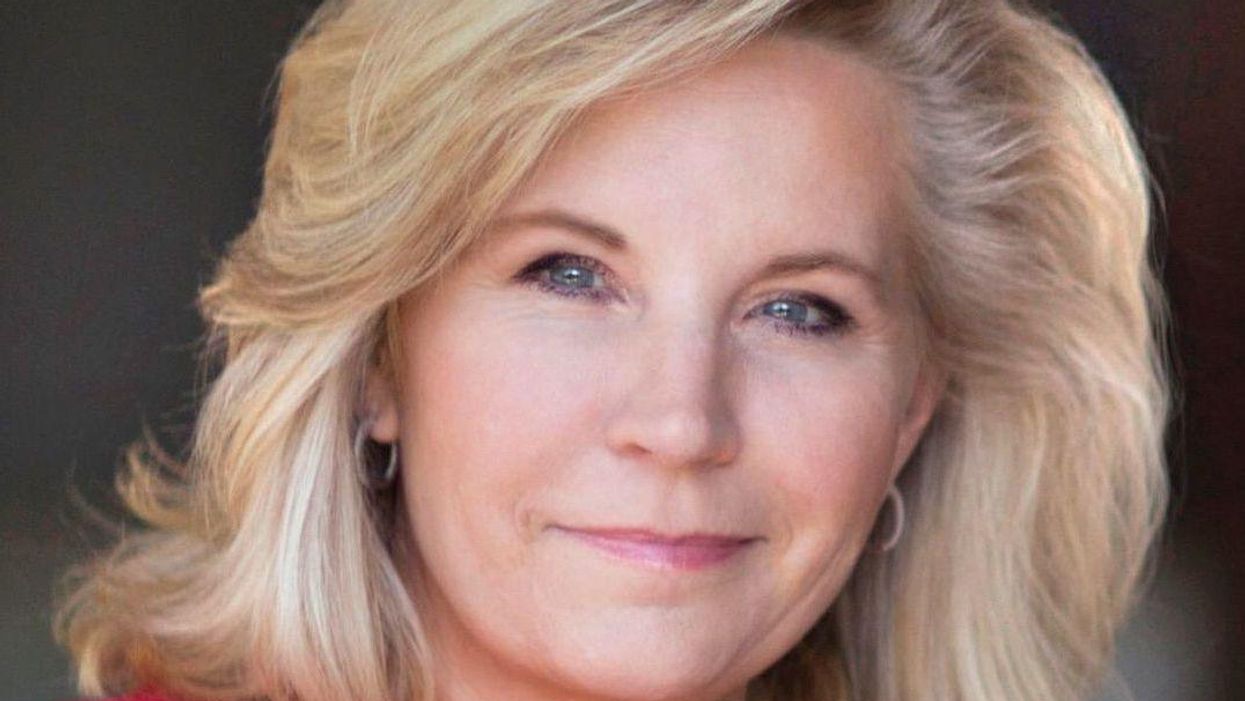 Although the Trump era officially ended on Wednesday, January 20 when Joe Biden was sworn in as president of the United States and Kamala Harris was sworn in as vice president, Trumpism has not disappeared from the GOP — and prominent Republicans are still being attacked for being insufficiently Trumpian. One of them is Rep. Liz Cheney, who is already facing a GOP primary challenge in Wyoming for 2022.

The wingnut challenger is Wyoming State Sen. Anthony Bouchard, founder of the group Wyoming Gun Owners. Bouchard has announced his plan to challenge Cheney for the GOP nomination in Wyoming next year. And as Bouchard sees it, Cheney — the 54-year-old daughter of former Vice President Dick Cheney and the chair of the House Republican Conference — isn't right-wing enough.

In the minds of Trumpistas, Cheney committed a cardinal sin when, in late 2020, she acknowledged Biden as president-elect. The congresswoman refused to support Republican efforts to overturn the Electoral College results, and after pro-Trump extremists violently stormed the U.S. Capitol Building on January 6, she came out in favor of impeaching Trump. Cheney declared, "There has never been a greater betrayal by a president."

We have sworn an oath under God to defend the Constitution. We uphold that oath at all times, not only when it is p… https://t.co/sAJXBENSfo
— Liz Cheney (@Liz Cheney)1609935094.0

Bouchard has attacked Cheney for voting to impeach Trump for incitement to sedition, and he has said that Cheney needs to "stand up to Nancy Pelosi and the Democrats, and not give them cover." In other words, Bouchard's loyalty is to former President Donald Trump, not to the U.S. Constitution or the rule of law.

Washington Post opinion columnist Henry Olsen notes that "unsurprisingly," Bouchard "appears to be an active fan of" Rep. Marjorie Taylor Greene of Georgia and Rep. Lauren Boebert of Colorado. Greene and Boebert are both known for their support of the wacky QAnon conspiracy cult, which believes that the U.S. federal government has been infiltrated by an international cabal of Satanists, pedophiles, child sex traffickers and cannibals and that Trump was put in the White House to lead the battle against the cabal. But now that Trump is no longer president, it remains to be seen where QAnon will go from here.

Of course, Cheney is hardly a centrist, let alone a liberal or a progressive. But she isn't a QAnon extremist either.

One need only read the rhetoric on Bouchard's website to realize how much of a Trumpista he is. The site declares, "Anthony Bouchard is running for Congress to stand up and defend our rights and our republic against angry Socialists and their allies in Big Tech, academia and the Fake News Media," and it even emulates Trump's use of capitalization.

Another Republican who might give Cheney a primary challenge in 2022 is retired U.S. Air Force officer Bryan Miller. Politico's Alex Isenstadt quotes Miller as saying, "The stance taken by Liz was very contentious here in Wyoming. This isn't going to be a passing thing that just goes away. It's growing and growing and growing every day across the state. People are unhappy."

In his Post column, Olsen argues that if Cheney doesn't prevail over Bouchard in Wyoming next year, it will be terrible for the Republican Party.

"The leaders of the party of Abraham Lincoln need to imitate him if they are to prevail," Olsen writes. "The 16th president united anti-slavery Democrats, old Whigs, German immigrants and Northerners more concerned with preserving the Union than stopping the expansion of slavery with an aggressive, yet intricate, rhetoric that excited true believers and reassured the fearful. If Cheney can take a page from Lincoln's playbook and decisively defeat Bouchard, she will do more than save her own skin — she'll show everyone how they can save the party's skin, too."