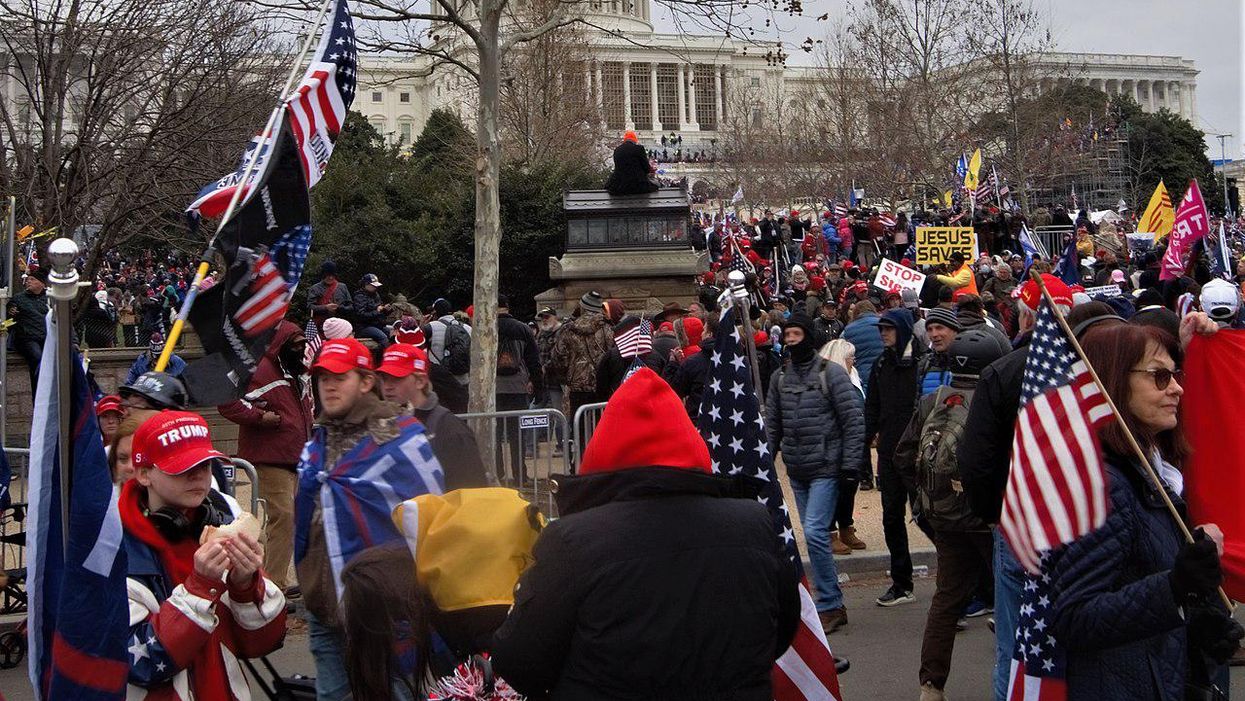 According to an exclusive report from the Wall Street Journal, a substantial amount of money that went to putting on the "Stop the Steal" rally on January 6th that turned into a riot at the U.S. Capitol came from a top Trump donor who funneled money through Infowars host Alex Jones.

According to the report, "Mr. Jones personally pledged more than $50,000 in seed money for a planned Jan. 6 event in exchange for a guaranteed "top speaking slot of his choice," according to a funding document outlining a deal between his company and an early organizer for the event"

The report adds, "Mr. Jones also helped arrange for Julie Jenkins Fancelli, a prominent donor to the Trump campaign and heiress to the Publix Super Markets Inc. chain, to commit about $300,000 through a top fundraising official for former President Trump's 2020 campaign, according to organizers. Her money paid for the lion's share of the roughly $500,000 rally at the Ellipse where Mr. Trump spoke."

The Journal adds that Jenkins Fancelli is a major donor to the GOP, stating she contributed "more than $980,000 in the 2020 election cycle to a joint account for the Trump campaign and Republican Party."