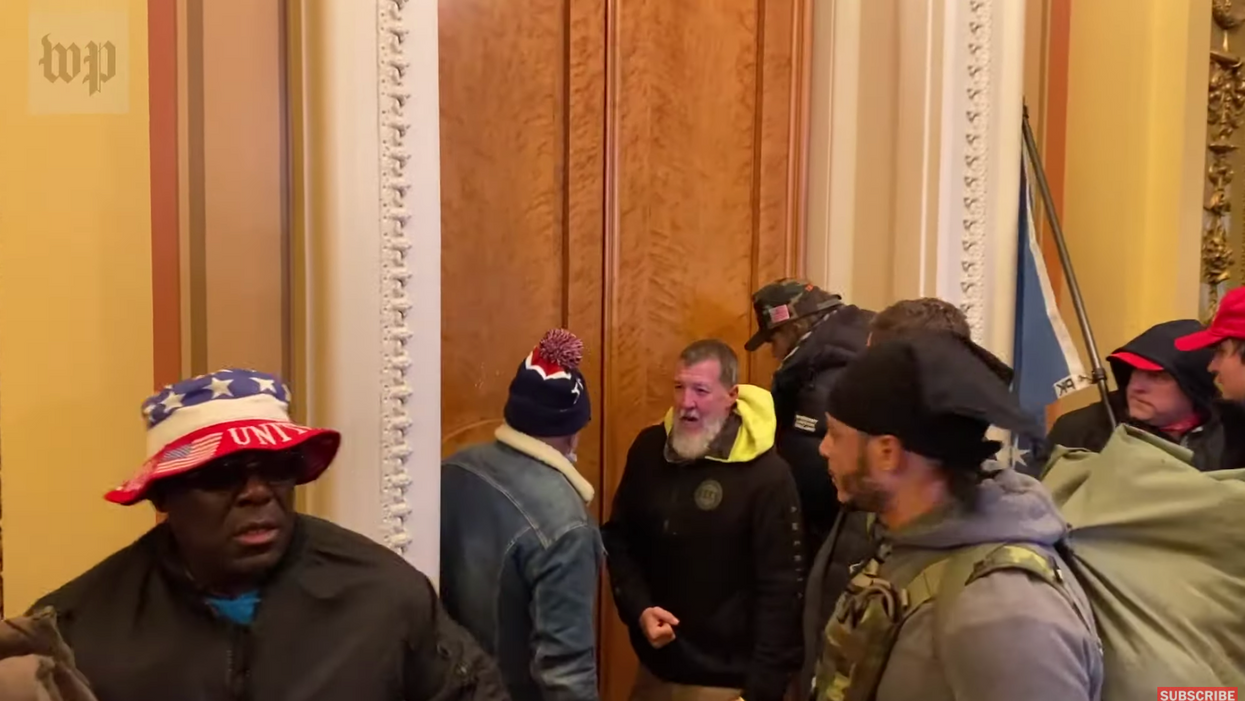 Guy Reffitt was proud of his participation in the siege on the U.S. Capitol and reportedly shared details about his experience with his family when he returned to his home in Wylie, TX, two days after the Capitol riot.

According to The Washington Post, his wife was interviewed by the (FBI). During that interview, she admitted that Reffitt had threatened his children and insisted they would be shot if they turned him to law enforcement officials.

"If you turn me in, you're a traitor and you know what happens to traitors… traitors get shot," Reffitt, 48, said, according to his wife. On Saturday, Reffitt was arrested by the FBI and charged with "unlawfully entering the Capitol" and obstruction of justice for the threat of physical harm that he made toward his family.

According to the Post, FBI agents were able to identify Reffitt "by comparing the image in the video to his driver's license, according to the affidavit." Reffitt's cell phone number and email address were also found on the "Texas Freedom Force" website, a platform designated for the group that the FBI identified as a "militia extremist group." The FBI also confirmed Reffitt's whereabouts on Jan. 6 as tracking data placed him at the Capitol that day.

Reffitt's son also confirmed that their father had gone to Washington, D.C., armed with "his AR-15 rifle and a Smith & Wesson pistol." Although Reffitt had reportedly told his son and daughter to "erase everything," the FBI's search of his home led to the discovery of footage on his GoPro camera from when he "stormed the Capitol."

According to the affidavit, Reffitt's son claims his father told him if he "crossed the line and reported Reffitt to the police, putting the family in jeopardy, Reffitt would have no option but to do Reffitt's duty for Reffitt's country, and 'do what he had to do.'"

Reffitt also told his wife that "he was trying to protect the family, and if someone was a traitor, then that's what's going to happen."

In an interview with KXAS, Reffitt's 18-year-old son expressed concern about his father's attachment to Trump and right-wing ideology. "I love him but I hate him," the unnamed teen said of his father. "I don't really know him anymore."