'Kill him with his own gun': These officers reveal the horror of facing the pro-Trump mob at the Capitol 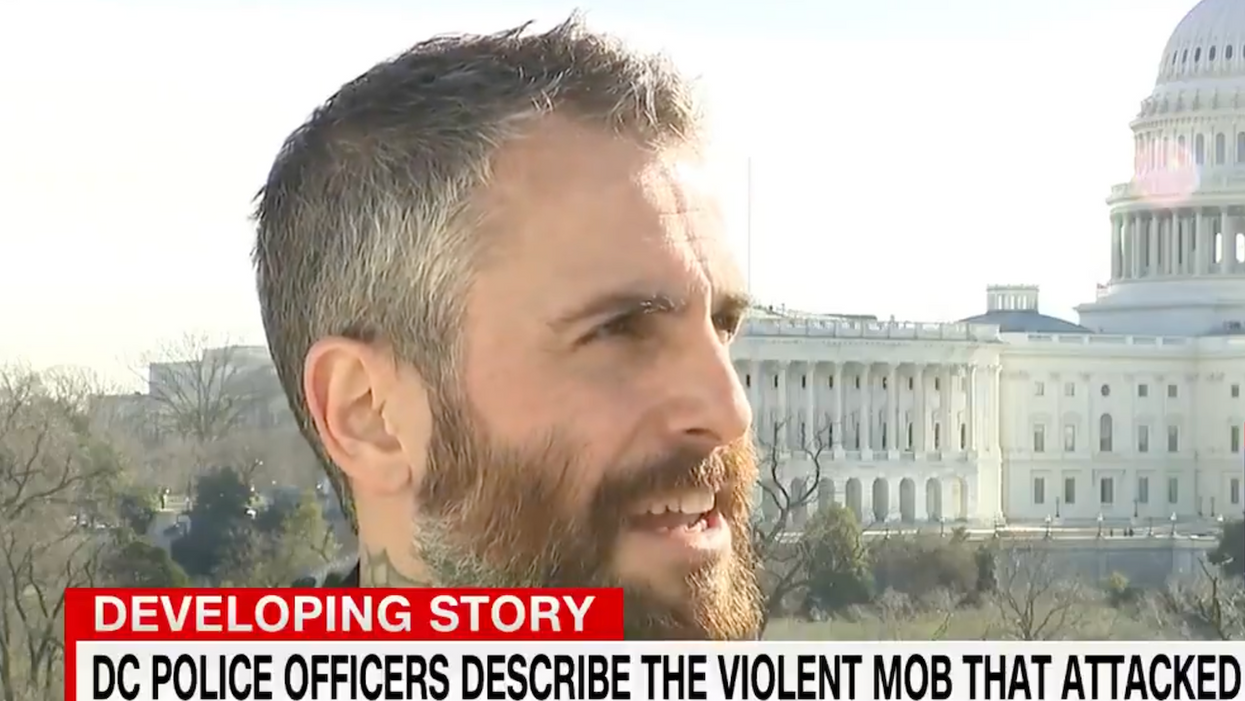 Michael Fanone, a member of the District of Columbia Metropolitan Police Department, was among the people who feared for his life when a violent mob stormed the U.S. Capitol Building on January 6. Fanone discussed coming face to face with that mob during an interview with CNN, explaining why he avoided firing his gun.

CNN reported that after the rioters stormed the Capitol Building, the 40-year-old Fanone was forced outside and was tased several times by rioters. Fanone told CNN that although he considered using his gun, he decided against it because he knew he was badly outnumbered.

Fanone recalled, "Some guys started getting ahold of my gun, and they were screaming out, 'Kill him with his own gun.' At that point, you know, it was just like self-preservation — how do I survive this situation? And I thought about using deadly force. I thought about shooting people. And then, I just came to the conclusion that if I did that, I might get a few — but I'm not going to take everybody. And they'll probably take my gun away from me, and that will give them the justification they were looking for to kill me."

The officer continued, "The other option I thought of was (to) try to appeal to somebody's humanity. And I remember yelling out that I have kids, and it seemed to work. Some people in the crowd started to encircle me and offer me some level of protection."

CNN also interviewed Daniel Hodges, the DC police officer who, in a video, can be seen screaming in agony when he was trapped by a door and being crushed by the mob. Hodges told CNN, "There was a guy ripping my mask off, and he was able to rip away my baton and beat me with it. He was practically foaming at the mouth. These people were true believers in the worst way…. Obviously, I was calling out for all I was worth, and an officer behind me was able to get me enough room to pull me out of there."

Hodges noted that the same extremists who consider themselves pro-police had no problem attacking him that day, telling CNN, "The cognitive dissonance and the zealotry of these people was unreal."