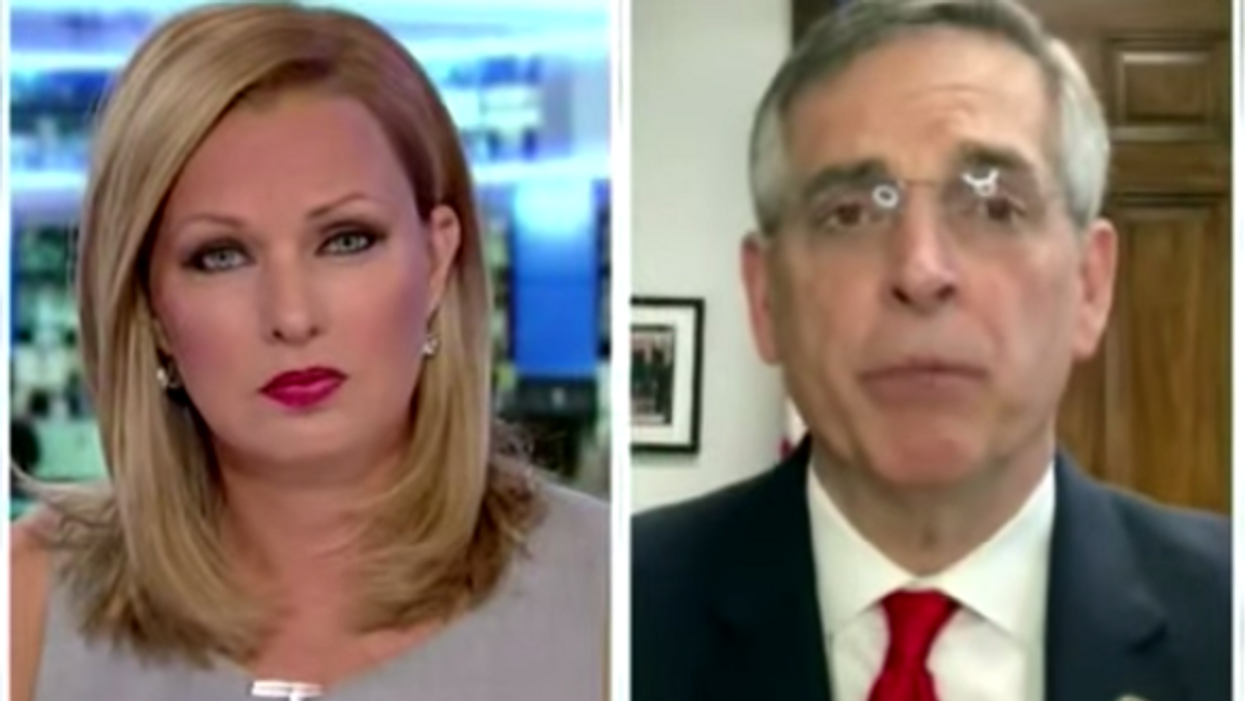 Georgia Secretary of State Brad Raffensperger tangled with Fox News host Sandra Smith after she accused him of putting the country in "jeopardy" by releasing a contentious telephone call with President Donald Trump, who pressured him to overturn the election.

During the interview on Fox News, Smith repeatedly badgered the Georgia official about his past statements suggesting that absentee ballots are not secure. Raffensperger pointed out that he is following the law by permitting the use of drop boxes and mail-in voting.

Smith then went after him over the Trump telephone call, which created a firestorm of criticism for the president when it was released.

"It sounds to the casual observer that you are getting very political in nature," Smith said. "It appears to be an attack on the president. I'll ask you about the leaked phone call now that you had with the president that you have gone on the record with one of my colleagues saying you thought it was important to leak that phone call."

"Others might say that was a phone call with the president of the United States," she continued. "His team is pushing back saying that was a confidential phone call. Why did you decide to leak that?"

"It wasn't a confidential conversation," Raffensperger objected. "It was a phone call that I didn't really know what the outline of the meeting was. There was not preset meeting with lawyer to lawyer but we did have our attorney on there since the Trump campaign has sued the governor of Georgia."

The Secretary of State noted that it was Trump who had first divulged the call on Twitter.

"He stated what his positions were and they weren't factually supported," Raffensperger explained. "I corrected him on the phone call on Saturday and obviously last night he said the same pieces of disinformation."

Smith interrupted: "Sir, you have gone on record and said you believe your numbers will be supported in the court of law. So why did you go the avenue of leaking a phone call with the president. Don't you worry about the precedent that that sets?"

Raffensperger again pointed out that Trump initially made the call public.

"He has 80 million Twitter followers and I understand the power he has behind him," he observed. "We have 40,000. I get all that. But he's continued to be misled or he continues, he doesn't want to believe in facts."

Smith cut him off again: "The question is why not let it play out in court? Why put into jeopardy, you know, our country by leaking a phone call of that nature and not just let your numbers and your facts play out in the court of law?"