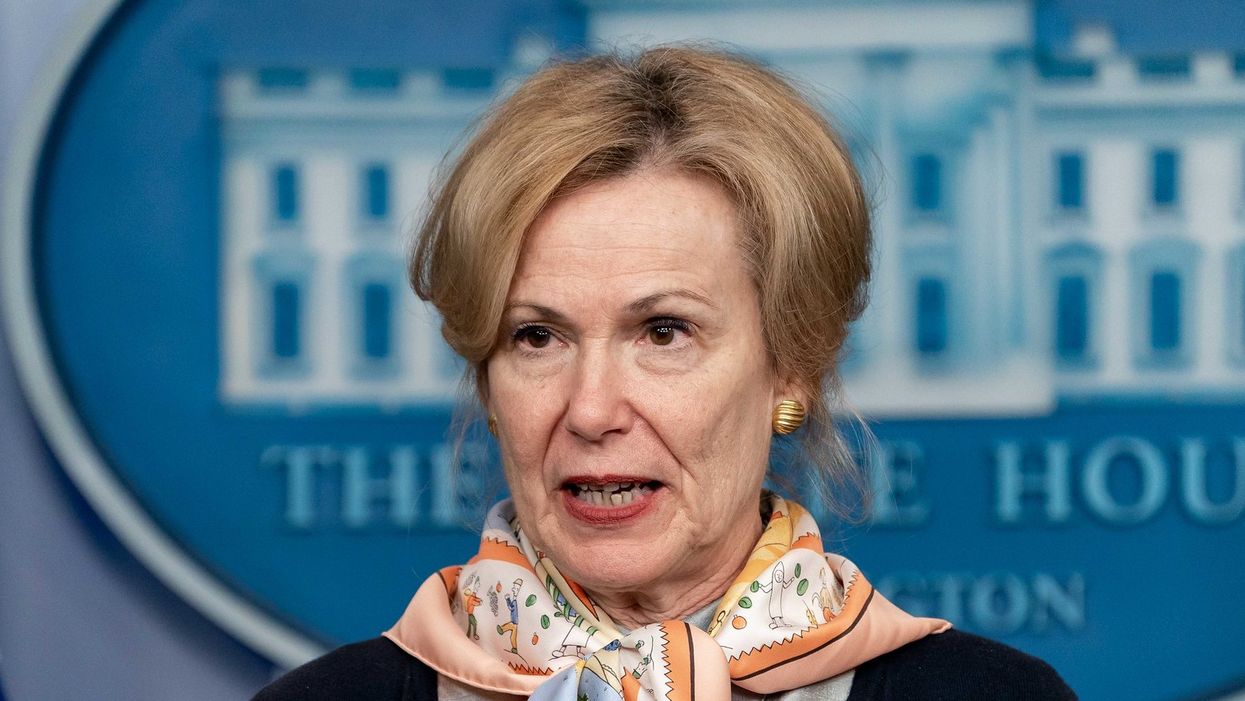 If you followed along with Dr. Deborah Birx, former White House coronavirus task force coordinator, you might have experienced some frustration at what the White House was (or more accurately, wasn't) doing in response to the novel coronavirus pandemic. Some viewers began to wonder why Birx appeared to be tiptoeing around being direct, especially in terms of her sometimes too optimistic-seeming virus projections, and her considerably lenient sidestepping over Trump's continued failures. On the other hand, at least one clip of Birx seemingly reacting to former President Donald Trump's babbling went viral, suggesting that Birx was no happier with the Trump administration than the rest of us.

Now, in a new interview with Face the Nation on CBS News, Birx, a long-standing expert in public health, talks to host Margaret Brennan about what really happened behind the scenes at the White House. Surprising no one, it was pretty bad: few masks, no "full-time" team, and the feeling she was being censored from appearing on national TV networks. Let's dig into more specifics from the interview below, as well as if Birx has any regrets.

Let's start with an unsurprising, but still horrifying, point from the interview. Birx said there were people in the White House (as well as in the American public in general) who "believed this was a hoax," which is terrifying, but again, not a huge shock. Also horrifying: An anyonmous-to-Birx person allegedly made data and graphs for Trump to present that she had nothing to do with.

"I saw the president presenting graphs that I never made," Birx stated. "I know that someone— someone out there or someone inside—was creating a parallel set of data and graphics that were shown to the president." She added that she doesn't know who was behind the graphs to this day. Similarly terrifying, and similarly not surprising. Alternative facts! Parallel data! … Lies.

On a logistical level, Birx says she had "no team, full-time team in the White House working on coronavirus," and had just one "incredible" support person. Effectively, in Birx's words, she was the "only full-time person in the White House working on the coronavirus response." Lovely! Just what the nation needs during a literal global pandemic. Luckily, given that Birx has a long career in public health, she said she was able to reach out to people in other agencies to assist her.

You might remember that, as Daily Kos covered at the time, we've gotten reports of the HHS attempting to censor Dr. Fauci in terms of statements he made during public media appearances. At one point, ABC News host Jon Karl said that though Fauci was willing to appear on his Sunday show that particular day, the "The White House wouldn't allow you to hear from the nation's leading expert on coronavirus." (Instead, Eric Trump appeared on that show and ranted about antifa.)

What does that have to do with Birx? According to Birx, she felt she was intentionally blocked from making appearances on national media outlets for some period of time. Traveling across the country and meeting with leaders one-on-one allowed her to spread the science-based information she actually wanted to get out to the public. Because, you know, there's nothing like censoring your public health experts to the point that they need to drive themselves around the nation to try and help the country survive a pandemic.

COVID Deniers inside the White House? "There were people who definitely believed that this was a hoax," former Trum… https://t.co/W5GiApgbW1
— Face The Nation (@Face The Nation)1611495000.0

"That was the place where people would let me say what needed to be said about the pandemic, both in private with the governors and then in following up, doing press to talk to the people of that state," Birx said in reference to her time spent speaking directly with local and state leaders. Birx also used her one-on-one opportunities with governors to encourage them not to stress about Trump's insistence on reopening the economy in the face of the pandemic.

Does Birx have regrets? "I always feel like I could have done more, been more outspoken, maybe been more outspoken publicly," Birx stated. "I didn't know all the consequences of all of these issues." She added that she had "always" thought about quitting her post.

Birx's biggest mistake leading the Trump #coronavirus task force? "I always feel like I could have done more, bee… https://t.co/U2M9HWsYQE
— Face The Nation (@Face The Nation)1611495900.0

"I had to ask myself every morning: 'Is there something that I think I can do that would be helpful in responding to this pandemic?' And it's something I asked myself every night," Birx stated.

It's definitely worth checking out the full interview over at CBS News. And, as always, it's definitely still worth wearing a face mask when possible, practicing social distancing, washing your hands, and trying your best to be as safe as possible.

You can also check out the interview below, courtesy of YouTube.