'The power is literally in your hands': Biden ties Georgia runoff races to $2,000 relief checks 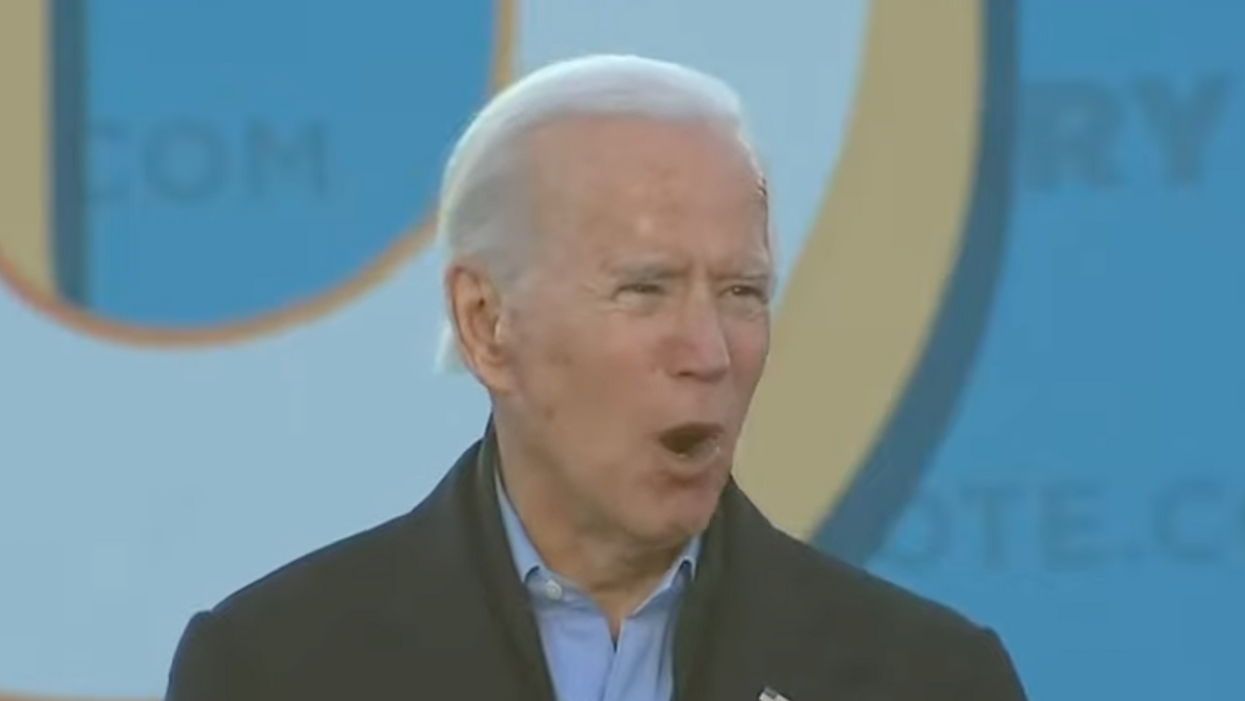 Just a day before Georgia voters will determine which party controls the U.S. Senate, President-elect Joe Biden on Monday tied the push for $2,000 coronavirus pandemic relief checks to the results of state's two runoff elections while campaigning in Atlanta for Democratic candidates Jon Ossoff and Rev. Raphael Warnock.

Ossoff and Warnock are facing off against Republican incumbent Sens. David Perdue and Kelly Loeffler, respectively. Both Democrats winning the tight, closely watched races could pave the way for the $2,000 relief checks, which were approved by the Democrat-majority House but stalled in the GOP-controlled Senate during the last congressional session, despite support from President Donald Trump.

"Georgia—the whole nation is looking to you to lead us forward," Biden declared. "One state can chart the course not just for the next four years but for the next generation. By electing Jon and the reverend, you can make an immediate difference in your own lives—the lives of the people all across this country."

"Because their election will put an end to the block in Washington on that $2,000 stimulus check—that money that will go out the door immediately to help people who are in real trouble," he explained. "Think about what it will mean to your lives. Putting food on the table. Paying rent. Paying part of your mortgage. Paying down the credit card. Paying the phone bill, the gas bill, the electric bill."

While praising the Democratic candidates as "talented," "principled," "qualified," "decent," and "honorable," Biden said that "they are bending the arc of history towards justice and hope and progress." He also emphasized the desperate need across the country in the midst of the worsening pandemic.

"The debate over $2,000 isn't some abstract debate in Washington. This is about real lives," Biden said. "If you send Jon and the reverend to Washington, those $2,000 checks will go out the door, restoring hope and decency and honor for so many people who are struggling right now."

"If you send Sens. Perdue and Loeffler back to Washington, those checks will never get there. It's just that simple. The power is literally in your hands," he continued. "By electing Jon and the reverend, you can break the gridlock that has gripped Washington and this nation."

Biden added that "with their votes in the Senate, we'll be able to make the progress we need to make on jobs, on healthcare, on justice, on the environment, on so many other things. By electing Jon and the reverend, you'll be voting to get the states the resources they need to get the vaccines distributed."

The incoming president has joined the chorus of critics who have recently called out the Trump administration for the nation's coronavirus vaccine disruption alongside broader condemnation of Trump's Operation Warp Speed and response to the public health crisis.

"This administration has gotten off to a God-awful start," Biden said of Trump on Monday, echoing his previous remarks. "The states need more money to do the job. They need the federal government that'll work with them, not attack them and leave them out there hanging."

Noting that state and local governments need money to keep emergency responders and teachers on the job, he said that "by electing Jon and the reverend, you'll be sending a powerful message to Congress and to the country that it's time for this nation, for God's sake, to finally come together."

The former vice president accused Perdue and Loeffler of believing "it's more important to reward wealth than hard work in the tax system" and being loyal to Trump versus the people of Georgia. Biden added that he thinks the state's senators "should be loyal to you, to Georgia, to the United States Constitution."

"And if you vote for Jon and the reverend—that's what you're gonna get," he said, while also noting the potential—in the event of a Democrat-controlled Senate—for national policies to address the pandemic, the economy, healthcare, voting rights, criminal justice, racial justice, and climate change.

In an email to supporters on Monday, the advocacy group Indivisible Action delivered a similar message, highlighting the stakes in the Georgia runoff races: Covid-19 relief, the integrity of U.S. elections and democracy, and "our priorities in 2021."

"The truth is, most of the work we want to accomplish in the future, including necessary healing from the last four years, rides on this election," Indivisible said. "If we hope to ever address Covid-19, the climate crisis, racial justice, and so much more, we need to win a majority in the Senate."