GOP Sen. Sasse says Trump was 'delighted' about the Capitol riot — and he's open to impeachment 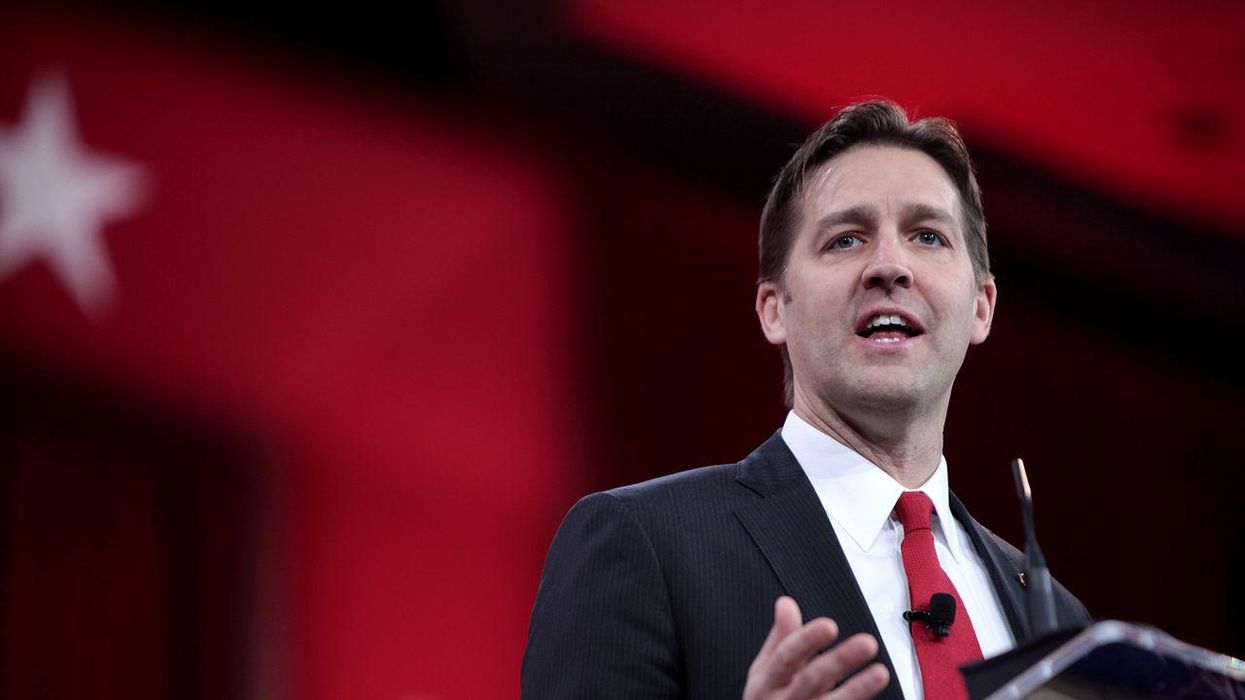 Republican Sen. Ben Sasse of Nebraska revealed in an interview with radio host Hugh Hewitt on Friday that Trump was "delighted" that extremists stormed the Capitol Building on Wednesday and that he's open to impeachment.

Sasse told Hewitt, "While blood was actually being shed in the Capitol, and I was in the Senate chamber, and the Secret Service was trying to rush the vice president to safety, at those exact moments, the president is rage tweeting against the vice president. Why? Because Mike, because Vice President Pence had the audacity to fulfill his oath of office to the Constitution. It's a big deal. Lies have consequences."

Hewitt asked the Nebraska senator if he believed that Trump "intended" for "the mob to break into" the U.S. Capitol Building, and Sasse responded, "The president had a rally hours before this happened where he is telling them to go to the Capitol and to go wild. This is a part of a pattern. The guy is addicted to division. This is a deep brokenness in his soul…. Wednesday morning, he said repeatedly to go wild when you get to the Capitol."

Hewitt again asked Sasse if he believed that Trump "intended for the riot and the occupation, the insurrection to happen?" — and the senator told him, "I think Donald Trump wanted there to be massive divisions, and he was telling people there was a path by which he was going to stay in office after January 20. That was never true. And he wanted chaos on television. I don't have any idea what was in his heart about what he wanted to happen once they were in the Capitol, but he wanted there to be chaos."

Sasse added, "As this was unfolding on television, Donald Trump was walking around the White House confused about why other people on his team weren't as excited as he was as you had rioters pushing against Capitol Police trying to get into the building…. He was delighted."

Following the assault on the Capitol Building, House Speaker Nancy Pelosi is calling for Trump's impeachment — and Rep. Adam Kinzinger, a conservative Illinois Republican, and Senate Minority Leader Chuck Schumer are calling Trump him to be removed from office via the U.S. Constitution's 25th Amendment.

As Dems move forward on impeachment, it's unclear where McConnell is on this, but a senior senate GOP aide and anot… https://t.co/UxxBxffcGB
— Maggie Haberman (@Maggie Haberman)1610118793.0

One wrinkle in the impeachment debate: Congress can bar him from holding future federal office. Which would mean Tr… https://t.co/3SSz2diT4m
— Alex Thompson (@Alex Thompson)1610128411.0

When Hewitt asked Sasse if he believed Trump should be "impeached and removed," he responded, "I think that there are a lot of questions that we need to get to the bottom of about why the National Guard was not deployed, why was it delayed. So that's what I've been working on last night and this morning. I want to understand more about why the National Guard wasn't deployed when there had been clear calls for it — and then, why that delay happened. So, there are more things that I need to understand before I get to a conclusory judgment about that. But I think that the question of, 'Was the president derelict in his duty?' That's not an open question. He was."