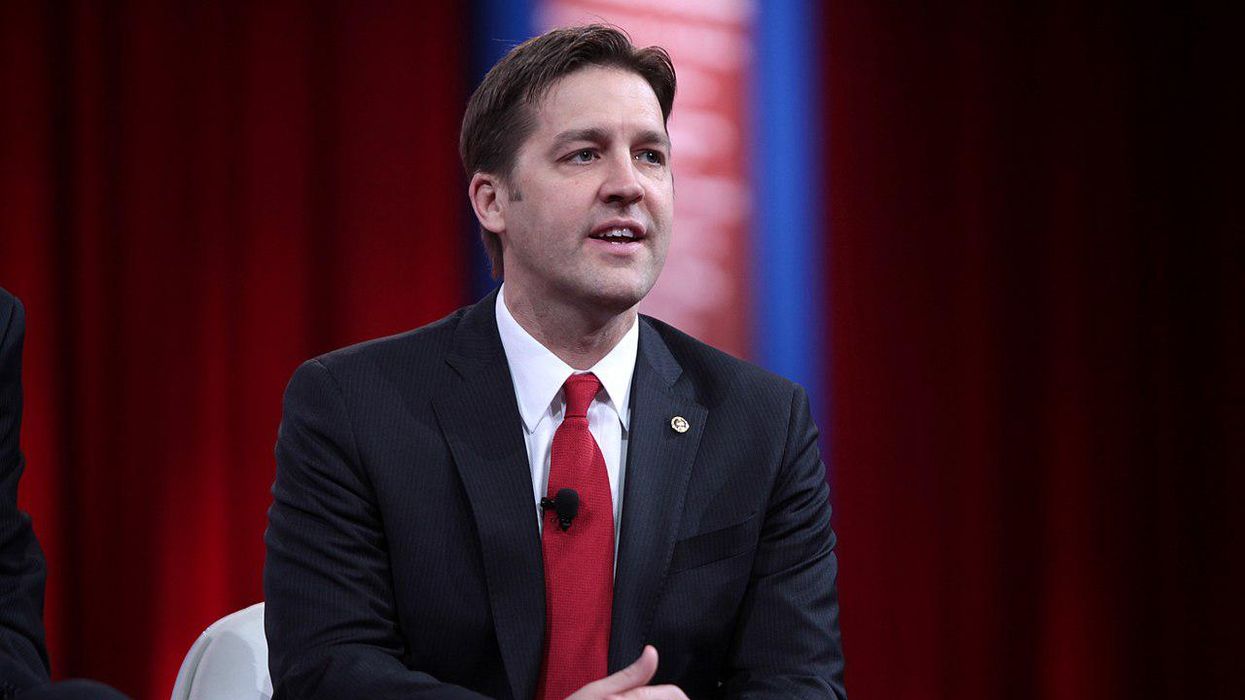 When a violent mob of insurrectionists stormed the U.S. Capitol building on Jan. 6, some of them could be seen showing off the letter "Q" — representing the QAnon conspiracy cult. The attack itself was seen by many adherents as a culmination of the QAnon worldview.

Sen. Ben Sasse, a conservative Nebraska Republican who openly opposed efforts to overturn President-elect Joe Biden's Electoral College victory, examines QAnon's influence on his party in an article published by The Atlantic this week. And the senator stresses that other Republicans need to publicly condemn QAnon and other extremists for the good of their party.

"Until last week, many party leaders and consultants thought they could preach the Constitution while winking at QAnon," Sasse explains. "They can't. The GOP must reject conspiracy theories or be consumed by them. Now is the time to decide what this party is about."

QAnon adherents ascribe to a false and delusional worldview in which the federal government of the United States, especially Democrats, has been infiltrated by an international cabal of child sex traffickers, pedophiles, Satanists and cannibals and that President Donald Trump was put in the White House to lead the struggle against the cabal. The conspiracy fiction has deep roots in anti-Semitic myths. Some QAnon supporters in the GOP have been elected to Congress, including Rep. Marjorie Taylor Greene of Georgia.

According to Sasse, no good can comr from having extremists like Greene in the Republican Party.

"The newly elected Rep. Marjorie Taylor Greene is cuckoo for Cocoa Puffs," Sasse writes. "She once ranted that 'there's a once-in-a-lifetime opportunity to take this global cabal of Satan-worshiping pedophiles out, and I think we have the president to do it.' During her campaign, House Minority Leader Kevin McCarthy had a choice: disavow her campaign and potentially lose a Republican seat, or welcome her into his caucus and try to keep a lid on her ludicrous ideas. McCarthy failed the leadership test and sat on the sidelines."

Sasse continues, "If the GOP is to have a future outside the fever dreams of internet trolls, we have to call out falsehoods and conspiracy theories unequivocally. We have to repudiate people who peddle those lies."

The Nebraska Republican warns that having Greene in Congress makes the GOP look unhinged.

"She's already announced plans to try to impeach Joe Biden on his first full day as president," Sasse notes. "She'll keep making fools out of herself, her constituents and the Republican Party."

Sasse points Jan. 6 insurrection as a tragic example of what can happen when Republicans promote or encourage unhinged conspiracy theorists. And he warns that fellow Republicans cannot be neutral where extremists like QAnon are concerned — they must take a stand.

"Whatever the RepublicanParty does, it faces an ugly fight," Sasse explains. "The fracture that so many politicians on the right have been trying desperately to avoid may soon happen. But if the party has any hope of playing a constructive, rather than destructive, part in America's future, it must do two things. First, Republicans must repudiate the nonsense that has set our party on fire…..Second, the party has to rebuild itself."