Barr: Trump's behavior is a 'betrayal of his office and supporters' 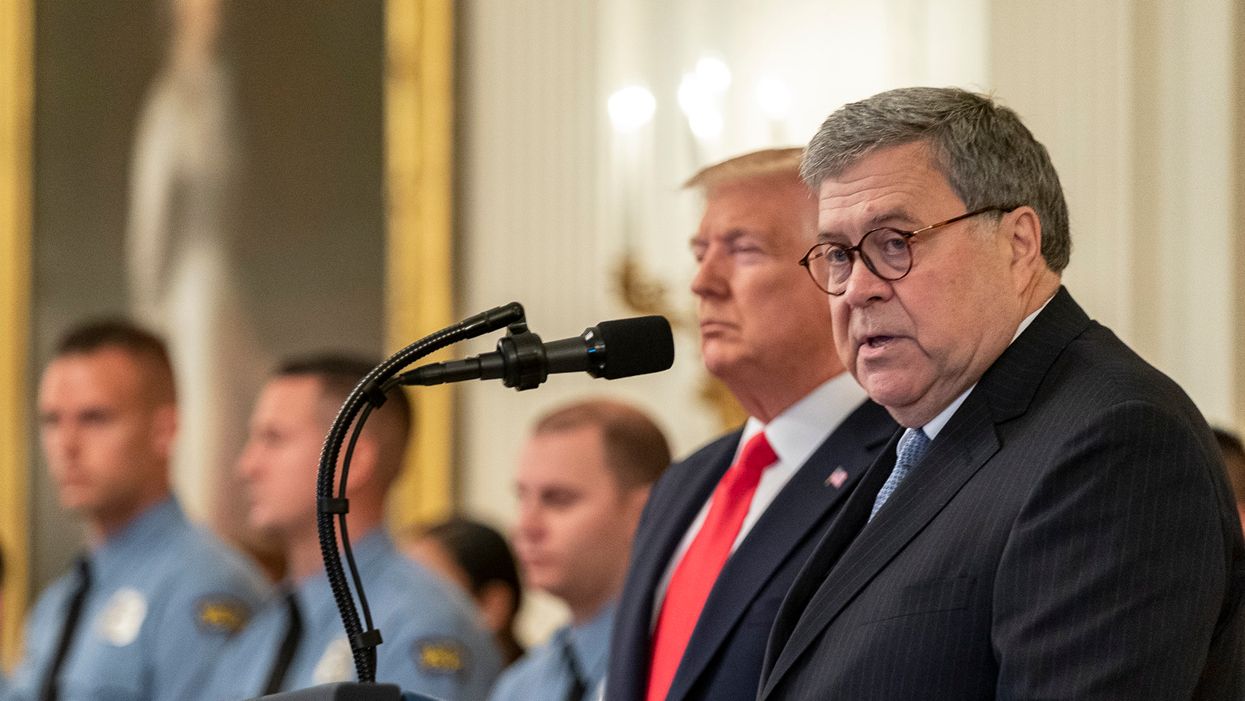 President Donald Trump's former Attorney General Bill Barr is speaking out against the president for his "inexcusable" actions after a mob of Trump supporters stormed the Capitol Building in an effort to delay certification of President-elect Joe Biden's electoral college win.

On Thursday, Jan. 7, Barr, who was previously one of the most loyal members of the Trump administration, released a statement to the Associated Press criticizing the president's behavior. Presumably referring to Trump's rhetoric at his Save America rally ahead Wednesday's Congressional hearing on Capitol Hill, Barr criticized the president, saying "orchestrating a mob to pressure Congress is inexcusable."

The former attorney general had previously weighed in on the riot that erupted on U.S. Capitol grounds.

"The violence at the Capitol Building is outrageous and despicable," Barr said Wednesday. "Federal agencies should move immediately to disperse it."'

So far, a total of seven White House staff members have resigned over the insurrection. Remaining members of the Trump administration are distancing themselves from the president.

Rep. Adam Kinzinger (R-IL) on Thursday became the first Republican lawmaker to publicly call for the 25th Amendment. In a video posted to Twitter, Kinzinger appealed to lawmakers to remove Trump "for the sake of our Democracy". He made it clear that the president's actions yesterday are a clear indication he has become "unmoored."

"All indications are that the president has become unmoored, not just from his duty or even his oath, but from reality itself," Kinzinger said in a video he posted on Twitter.

With just 13 days left until President-elect Joe Biden's Inauguration, many are worried that Trump's unpredictability could lead to more impulsive actions with dire consequences for the country in the coming days.