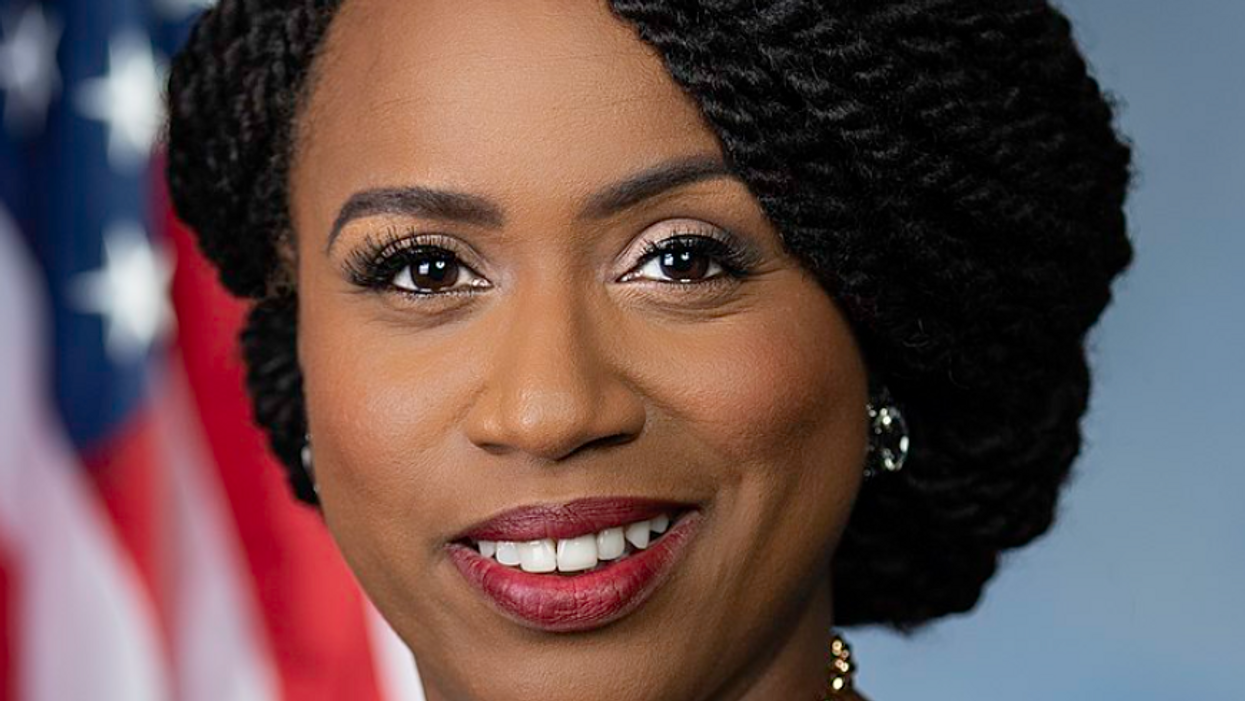 Disturbing details are emerging about the state of Rep. Ayanna Pressley's (D-Mass.) office amid the U.S. Capitol riots that took place as lawmakers certified the Electoral College vote.

On Wednesday, Jan. 13, Pressley's Massachusetts Chief of Staff Sarah Groh revealed to the Boston Globe that the entire panic button unit had been removed from the wall in the Democratic lawmaker's office. As angry Trump supporters stormed the Capitol, Groh revealed she and her colleagues looked for the panic button as they attempted to lock themselves inside the office.

That's when she discovered the button was no longer there. "Every panic button in my office had been torn out — the whole unit," she told the paper. She also revealed she had previously used the button but received no notification about it being removed.

Groh admitted that she is "deeply concerned" about all that has transpired because she felt "the heat was being turned up in terms of the rhetoric and Trump's aims to incite violence."

Pressley's account is one of many harrowing stories that have been shared since the deadly riots took place. Rep. Seth Moulton's (D-Mass.) special assistant, Billy Hennessy, also shared details about his account. As rioters breached the federal building, he witnessed the unrest from an open window.

"I was hearing a lot of cheers, a lot of screaming, a lot of chanting," Moulton said. "And it went from chanting and screaming to gas canisters being shot and exploding to what sounded like bullets being fired all within a matter of 20 to 30 minutes."

Law enforcement agencies across the United States have made more than 60 arrests in connection with the Capitol riots. More arrests are expected to come as the investigation continues. Over the next several days, authorities will also be on high alert in anticipation of violence ahead of President-elect Joe Biden's inauguration.