American workers have been taken to the brink 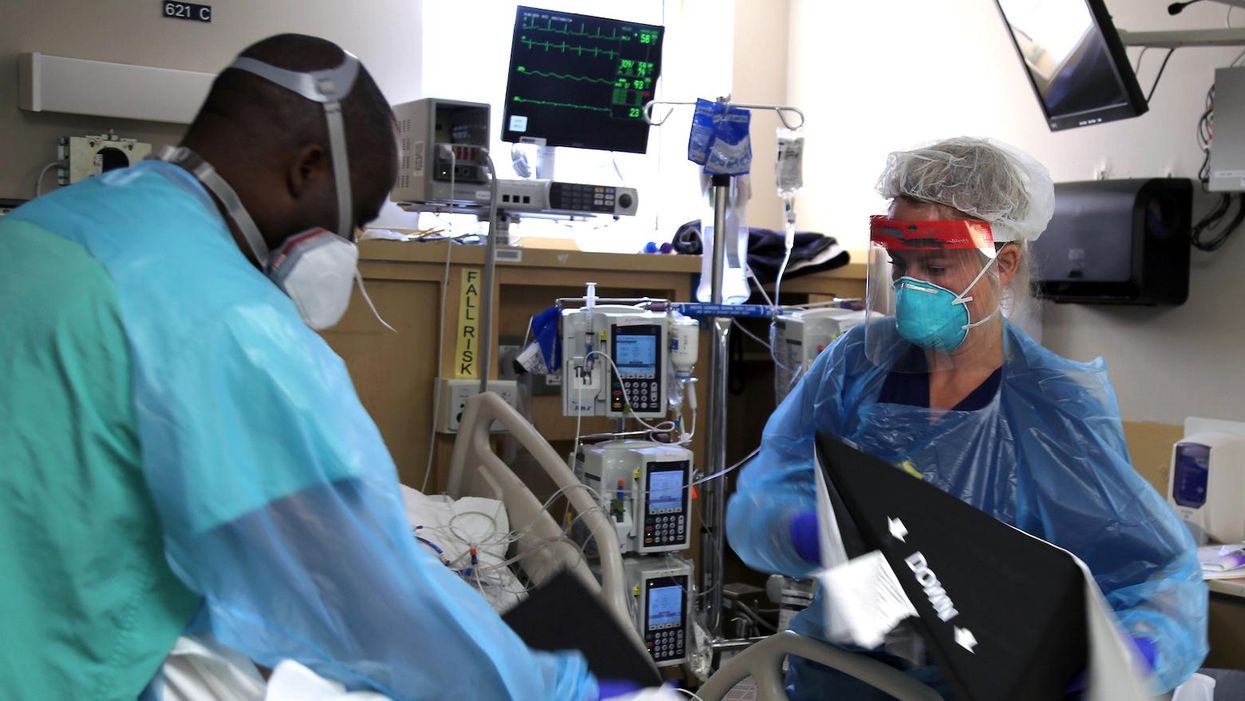 When COVID-19 forced the 66-bed Maryhill Manor into lockdown, a resolute Veronica Dixon and her colleagues realized they had to make a choice: band together or fall apart.

So they put in longer hours, shouldered extra duties and leaned on each other to keep the Niagara, Wisconsin, nursing facility operating as the coronavirus swept through, sickening dozens of residents and staff members.

What saved Maryhill Manor also offers hope for a country convulsed by storms. Only by working together can Americans end the pandemic, create a more equitable society and build a just economic system.

Dixon, a cook at the nursing home and the financial secretary of United Steelworkers (USW) Local 3168, noted that COVID-19 exacerbated the inequality that mires millions in poverty and tears at the nation's social fabric.

"How can you not come together and try to work it out?" she asked.

"The rich keep getting richer, and the poor keep getting poorer," observed Dixon, who's seen more people in Niagara struggle since a local paper mill shut down, eliminating hundreds of family-sustaining jobs, more than a decade ago. "There has to be something in between so people can live a decent life and not worry about how to pay their bills."

So many Americans see the nation at a crossroads that they came together in record numbers to elect Joe Biden, charting a course for healing and progress.

Then, in runoff elections for U.S. Senate in January, Georgia voters propelled the nation yet another step along the path of change by electing Rev. Raphael Warnock and Jon Ossoff, inclusive candidates committed to progress.

"You can't lie about the numbers," Dixon said of the historic election results. "People want change."

But it isn't enough for Americans to band together at the ballot box. It's just as important to rally behind the initiatives that build a fairer country, just as the solidarity of union workers yielded the 40-hour workweek, decent benefits and workplace safety in previous decades.

Right now, it's essential that every citizen pitch in to arrest a pandemic that's already stolen more than 398,000 lives and left the economy in tatters.

Scientists and researchers maintained a feverish pace during the months they spent developing the vaccines, and pharmaceutical manufacturing workers put in grueling hours producing millions of doses. USW members manufacture glass vials for the vaccines and special packaging to keep them safe during transport. Still others label the vaccines and ship them.

With the Biden administration pledging to oversee a speedier, better-coordinated rollout of vaccines, millions of ordinary Americans will soon be able to roll up their sleeves to protect themselves and their communities. Dixon and her colleagues lined up when the vaccine reached Maryhill Manor, knowing the faster people are vaccinated, the more lives will be spared.

And after bringing COVID-19 under control, America can tend to the fragile health of its democracy and strive for a new shared prosperity that will shore up the nation's foundation.

When Niagara's paper mill closed in 2008, a trucking company that did business with it disappeared not long after. Nothing ever replaced them. Dominating Niagara's economy today are low-wage and part-time positions that fail to cover basic expenses, let alone enable workers to save for the future.

"There should not be anybody trying to raise a family on $7.25 an hour. That's crazy," Dixon said, referring to the poverty-level federal minimum wage that congressional Republicans left in place for more than a decade. "We have to make sure that, somehow, we get our share."

To create a just economy, Americans need to continue advocating for legislation that will help workers organize and impose meaningful penalties on employers who illegally attempt to thwart union drives.

Working people helped push the Protecting the Right to Organize (PRO) Act through the House in 2020. Senate Republicans refused to consider it. But workers remain hungry for changes that will yield a more level playing field.

Organized workers command decent wages, affordable health care and a voice on the job. Because unions fight for equitable working conditions, they help to narrow racial and gender pay gaps. And because union members embrace social justice and understand the power of collective action, they often volunteer for service projects that uplift their communities.

"As a group, you're that much stronger," noted Mike Dwornik, an Indiana resident and a District 7 coordinator for the Steelworkers Organization of Active Retirees (SOAR).

Because of union steel mill jobs, Dwornik said, he earned a "pretty darn good" living as well as a stable retirement.

When the federal government sent him two pandemic stimulus checks—as it did millions of other Americans—he donated the money to charity.

Dwornik realized a lot of people needed the help more than he did. He particularly worries about friends whose retirements depend almost entirely on Social Security—and who get rattled every time they hear about the program potentially running out of money.

Now, Americans can leverage Biden's strong support of retirees and coalesce around a campaign to shore up Social Security and Medicare programs for generations to come.

"I know a lot of people don't want to get involved in politics. I understand that," Dwornik said. "But I'll tell you this: They have to know what's going on and act on the things that affect them."

"It doesn't take a lot to write a postcard or fire off an email or even write a letter," he said. "They've got to get off their butts and do it. There's strength in numbers."

That's exactly what Dixon and her colleagues discovered at Maryhill Manor during the darkest days of the pandemic.

Their unflagging teamwork kept the virus out of the facility for months and then sustained them when patients and coworkers finally started to get sick.

"We held on, and we did a lot better than all the other nursing homes in the area," Dixon said.