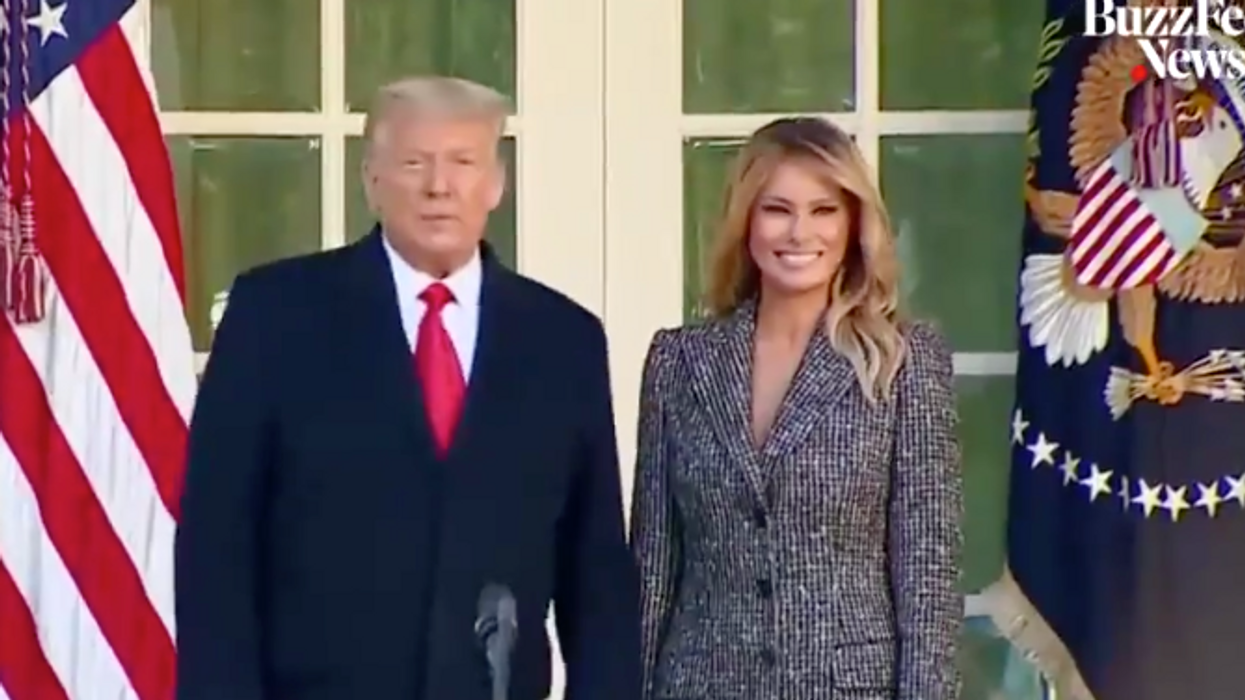 Across the country, medical experts and public health officials continue to plead with Americans to restrict their travel and keep indoor meetups to a minimum. In fact, inviting people inside for holiday celebrations is considered a terribly unhealthy situation during a pandemic. This might seem obvious to many, but to some people who follow the lies and misinformation of the soon-to-be-former white supremacist in chief, this is a hard directive to follow. In fact, after allowing the spread of COVID-19 to go unchecked, unmitigated, and unmanaged, the fall and winter holiday season for hundreds of millions of people will likely be a much different affair than what they've previously experienced.

Unfortunately, Donald Trump—who is still unwilling to concede that he's not allowed to become emperor of the United States—seems to be doing what most pathological narcissists do when the entire reality of the world conflicts with their fragile ego: He's trying to burn everything down. According to The Washington Post, the White House is planning on throwing a ton of indoor holiday parties. The opposite example that health experts would like to set for the country. According to the report, the Republican Party will foot that bill. (Maybe from some of the leftover election-undermining fundraising they've been doing?)

Considering that not a day goes by where someone—or someones—tests positive for COVID-19 after either being in the White House or near someone in the White House, this all seems like not simply a bad idea, but the worst idea. But don't worry, the White House that has unsuccessfully kept anyone within its orbit safe from the virus has it all under control. According to the report, an official told the Post that "most guests will not be tested in advance." Well, those long cotton swabs will be safe from people's noses, I guess?

White House spokesperson Stephanie Grisham crawled out from under the bridge where she lives to tell WaPo that all the protocols are being followed: "This includes smaller guest lists, masks will be required and available, social distancing encouraged while on the White House grounds, and hand sanitizer stations throughout the State Floor. Guests will enjoy food individually plated by chefs at plexiglass-protected food stations. All passed beverages will be covered. All service staff will wear masks and gloves to comply with food safety guidelines. Attending the parties will be a very personal choice."

Some of those food safeties seem to not be buying American! U-S-A! On Monday, the National Security Council social media crew tweeted out this snarky bit of anti-China blather: "Australian wine will be featured at a White House holiday reception this week. Pity vino lovers in China who, due to Beijing's coercive tariffs on Aussie vintners, will miss out. #AussieAussieAussieOiOiOi!" Visiting Princeton Professor Steven Strauss wondered about this news: "Why are you not featuring American Wines? My recollection is that it is long standing WH policy to feature American products where possible? #AmericaFirst."

It's never been about "America First," now has it?