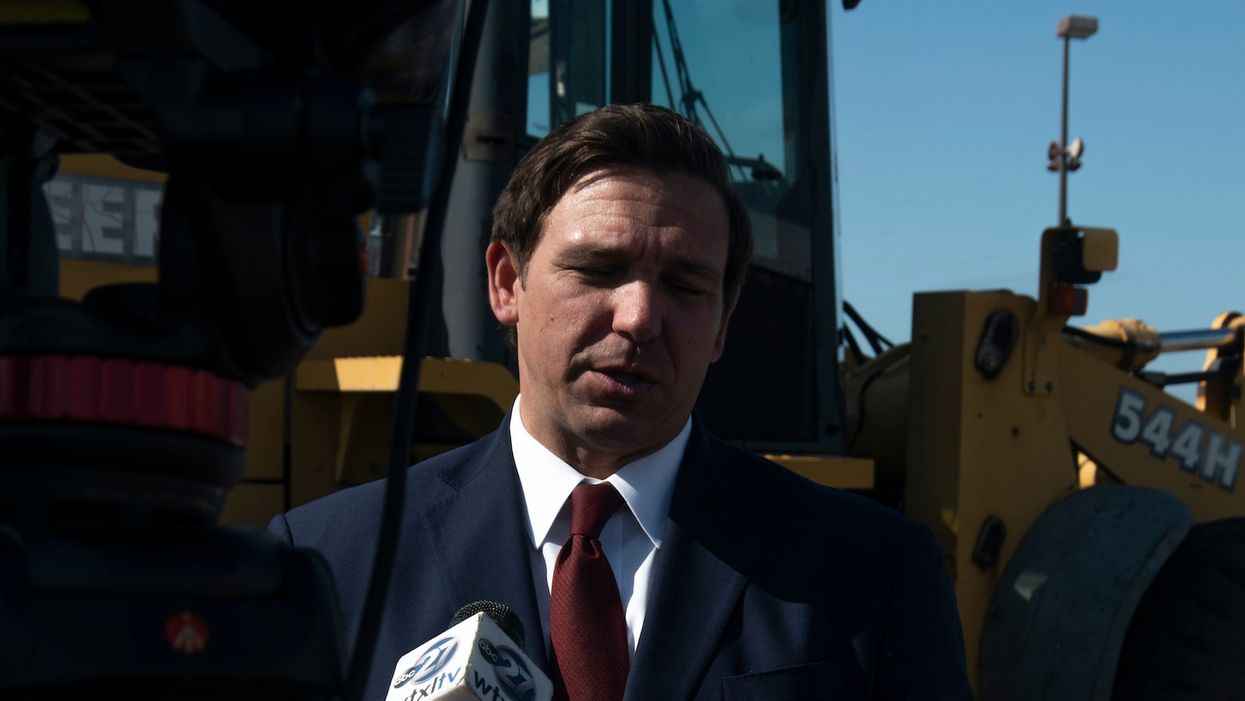 The raid on former Florida data scientist Rebekah Jones' home is a clear example of what over-policing looks like in America, according to an editorial published by CNN.

Offering a grim, detailed account of what occurred at Jones' home that day, attorney and writer Jill Filipovic described the actions of Florida cops. "They burst in, shouting orders and pointing guns, like it's a military raid," she wrote. "It was a hyper-aggressive and totally unnecessary maneuver for carrying out a search warrant related to an alleged computer crime."

The military-style raid was reportedly a form of retaliation after Jones refused to manipulate COVID-related data to publicly downplay the severity of the coronavirus outbreak in the state of Florida. As a result of her pushback, she was terminated from the Department of Health. Since then, Jones has fought to raise awareness about the truth regarding coronavirus by running a dashboard. Despite Jones' attempts to alert the American public, the editorial describes the raid as "indefensible."

"Whatever Jones did or didn't do, the raid on her home was indefensible. Jones's security cam shows the terrifying intrusion; she can be heard in the background crying out that her children are in the house as the police enter and point their guns up the stairs and shout for her family to come down. Jones says the officers pointed their guns at her children, which the police deny."

Although Jones denied all allegations of possible wrongdoing, a search warrant of her home allowed for the confiscation of her electronic devices. Following the raid, the law enforcement agency released a statement about the raid defending officers' actions.

"Agents exercised tremendous restraint throughout the execution of the search warrant yesterday, especially considering the significant delay they faced in gaining entry and what that could represent to officer safety," the statement said.

Despite their law enforcement agency's explanation, the editorial argues that there is no way to justify the level of aggression used to execute the search warrant. "How in any rational scenario can police justify such a guns-drawn, hyper-aggressive entry to make a simple search in the home of a woman they have no reason to believe will react with violence?" it reads.

We should be asking why the police, whose salaries are paid with our tax dollars and who are tasked with protecting and serving our communities, behave with such hostility toward the people who are being policed -- instead of treating them with dignity -- and rely so heavily on lethal weapons to induce terror to get what they want.

While Jones previously criticized Florida Gov. Ron DeSantis (R) for politicizing the pandemic instead of effectively taking steps to mitigate the spread of the virus, the governor's office has denied any type of involvement in the raid on Jones' home.