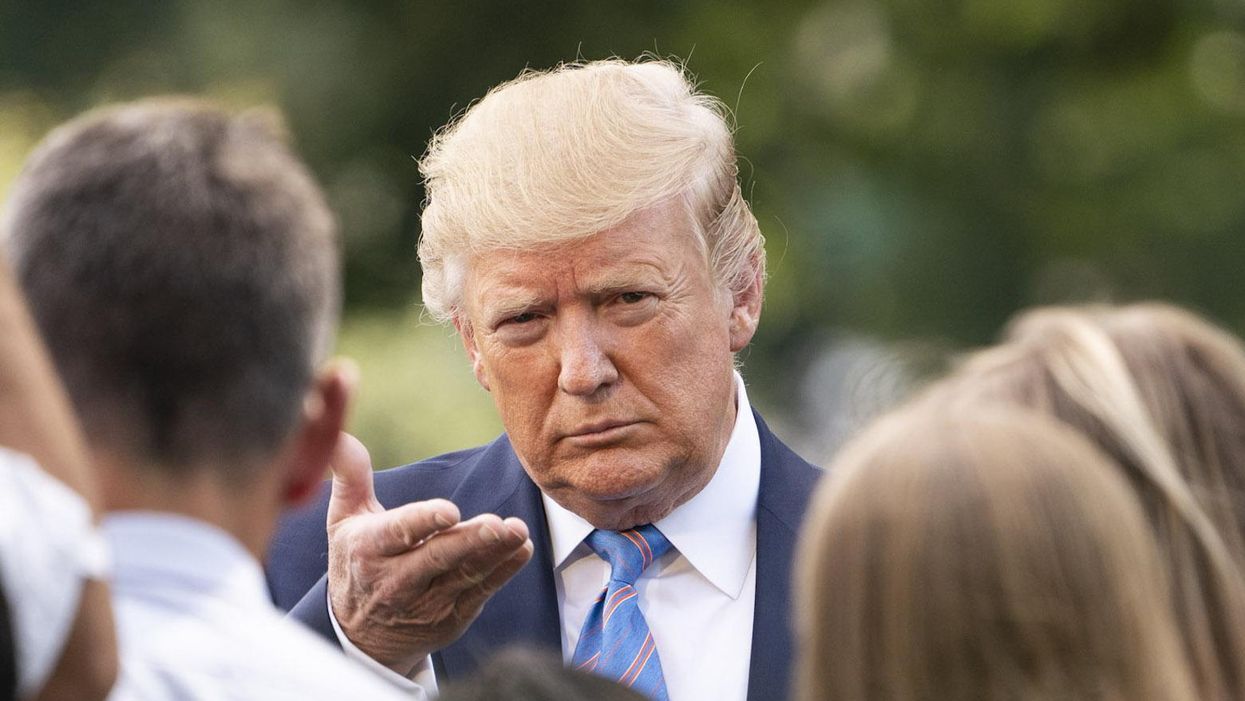 It may seem as if President Donald Trump has done everything he possibly could to overturn the results of the presidential election but his most "embarrassing" ploy is likely yet to come, according to the Wall Street Journal editorial board.

According to a piece published Wednesday night, Trump's worst attempt to invalidate President-elect Joe Biden's win will likely come on January 6 during the Congressional hearing to formally record the Electoral College votes affirmed on Dec. 14.

Trump is already demanding that Republican lawmakers push back to contest the results and ignore the votes of more than 80 million Americans despite having little to no evidence of their reasons for doing so. But despite the lack of evidence, there are a number of ways the situation could play out.

Based on the Electoral Count Act, "if a state's electors are challenged by both a Senator and a Representative, then each chamber is supposed to retire to consider it," the board explained. "If they rejected the electors of enough states to deny Mr. Biden 270 electoral votes, then the House would choose the President."

However, justification is where the problem lies. Although Trump, his campaign legal team, and other allies have been relentless in tweeting about widespread voter fraud conspiracies, there is no substantial evidence that supports the magnitude of voter fraud Trump is suggesting. More than 60 post-election lawsuits on his behalf have been rejected in courts across the country due to claims being completely false or unsupported. His allegations that the election was rigged have been repeatedly debunked.

In fact, Trump is still posting nonsensical tweets several weeks after losing the presidential election. On Thursday, Dec. 31, the president actually attacked Journal for failing "to mention my big & easy wins in Texas, Florida, Ohio, Iowa & many other states" despite his losing the full election.

While there have been a scarce number of Republicans willing to speak out in Trump's defense, upholding an objection to the Electoral College vote would require a majority objection in both chambers, which likely will not happen. Even if Trump opts to lean on the U.S. Constitution, the Electoral College legalese in 12th Amendment would only allow Vice President Mike Pence to "open all the certificates and the votes shall then be counted."

The publication notes that this does not give Pence "unilateral authority to set aside electors." The Wall Street Journal also lambasted Republicans for allowing Trump's antics to go on for so long while placing Pence in a highly awkward predicament. Despite Trump's ploys, Biden received 306 electors leaving the lame-duck president with no definitive path to 270.

Republicans should be embarrassed by Mr. Trump's Electoral College hustle. Mr. Trump is putting his loyal VP in a terrible spot, and what do Republicans think would happen if Mr. Pence pulled the trigger, Mr. Biden was denied 270 electoral votes, and the House chose Mr. Trump as President? Riots in the streets would be the least of it.

Mr. Pence is too much of a patriot to go along, but the scramble to overturn the will of the voters tarnishes Mr. Trump's legacy and undermines any designs he has on running in 2024. Republicans who humor him will be giving Democrats license to do the same in the future, and then it might matter.