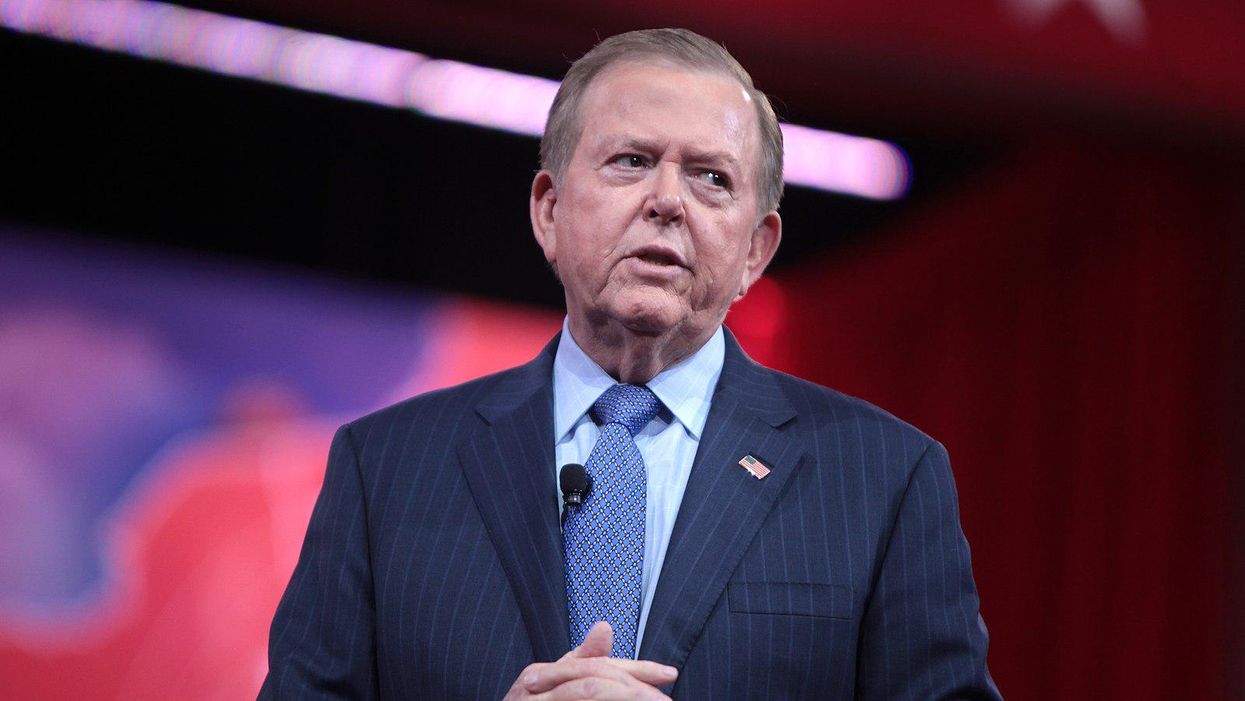 There's an old country saying that may soon take on new meaning for some of the right-wing media and celebrities who have been making wild accusations about voting machines and software in the wake of Donald Trump's defeat. It goes like this:

"Hunting ain't no fun when the rabbit got the gun."

As the New York Times reported Sunday night, the digital security system Smartmatic and Dominion Voting Systems may soon be turning the tables on some of the people who have brashly tormented them since the election. In particular, Antonio Mugica, founder of Smartmatic, has some wingnut TV outlets in his legal sights.

"In an era of brazen political lies, Mr. Mugica has emerged as an unlikely figure with the power to put the genie back in the bottle," the Times reported. "Last week, his lawyer sent scathing letters to the Fox News Channel, Newsmax and OAN demanding that they immediately, forcefully clear his company's name — and that they retain documents for a planned defamation lawsuit. He has, legal experts say, an unusually strong case. And his new lawyer is J. Erik Connolly, who not coincidentally won the largest settlement in the history of American media defamation in 2017, at least $177 million, for a beef producer whose "lean finely textured beef" was described by ABC News as "pink slime."

Well, that can't be so good if you've been slinging lies for fun and profit at a company whose software wasn't even used outside of Los Angeles County in the 2020 election. What's more, Dominion is right there with Smartmatic in hiring high-powered legal talent to get a little justice from the TV networks. Reports the Times:

"Dominion Voting Systems has hired another high-powered libel lawyer, Tom Clare, who has threatened legal action against Ms. Powell and the Trump campaign. Mr. Clare said in an emailed statement that "we are moving forward on the basis that she will not retract those false statements and that it will be necessary for Dominion to take aggressive legal action, both against Ms. Powell and the many others who have enabled and amplified her campaign of defamation by spreading damaging falsehoods about Dominion."

Citing a top legal expert, the Times suggested OAN and Newsmax in particular could have their business destroyed if they got sued.

"The letters written by lawyers for Smartmatic and Dominion are "extremely powerful," said Floyd Abrams, one of the country's most prominent First Amendment lawyers, in an email to Times. "The repeated accusations against both companies are plainly defamatory and surely have done enormous reputational and financial harm to both."

Mr. Abrams noted that "truth is always a defense" and that, failing that, the networks may defend themselves by saying they didn't know the charges were false, while Ms. Powell may say she was simply describing legal filings.

"It is far too early to predict how the cases, if commenced, will end," he said. "But it is not too early to say that they would be highly dangerous to those sued."

Earlier reporting last week at Fortune.com also suggested that Smartmatic is threatening to go after Fox News and its smaller competitors.

"For Smartmatic, the claims about its machines—which appear to have come primarily from the networks' guests rather than the hosts—are not just frustrating examples of disinformation but a major business risk as well," Fortune reported. "According to its CEO, the company has lost contracts in other countries because of the controversy." As a result, Smartmatic issued a statement on Monday warning it will sue Fox News, as well as smaller media outlets NewsMax and OANN, for defamation if they don't retract "dozens" of inaccurate statements.

The Fortune reporting cautioned that proving libel is difficult for a prominent company.

"According to long-time media lawyer Ed Klaris, companies are subject to the same rules of defamation as individuals—including the need to clear the high bar of "actual malice" in the event they are so-called public figures.

Klaris says it's unclear if Smartmatic is so well-known that it would have to meet the actual malice standard. He also predicted that Fox would likely try to pass off the claims about the voting machines as opinion rather than statements of fact. While matters of opinion—including those thrown out in the hurly-burly of a talk show segment—are typically outside the realm of defamation, courts may find at least some of the "dozens" of allegedly false claims do not qualify as opinion.

Smartmatic's potential lawsuits could also serve to bring judicial scrutiny of some of the more outlandish claims—like plots by Venezuela to rig the election—advanced by the likes of (Rudy) Giuliani and (Sidney) Powell. While the pair has repeatedly advanced such claims in the media, they have not included claims of fraud in their numerous court challenges. Legal watchers say this is because, as attorneys, they can be sanctioned for making baseless claims before a judge.

In any event, Rudy and the Kraken slayer lady might not be sleeping too comfortably on their My Pillows for a while.

"The distinction between a media outlet's positions and those of its guests may not always matter in court, however," according to Klaris. He notes that a victim of defamation is entitled to sue both the person who made the statement as well as the outlet on which the statement was aired.

Klaris also noted that, if Smartmatic has indeed lost out on contracts because of false claims about its voting machines, it will be in a strong position to seek damages.

"Absolutely, they're suffering harm. That's what libel law is meant to fix. It's meant to fix reputational harm," said Klaris.