Pennsylvania man charged with voter fraud after voting under his dead mom's name. Take a wild guess who he voted for 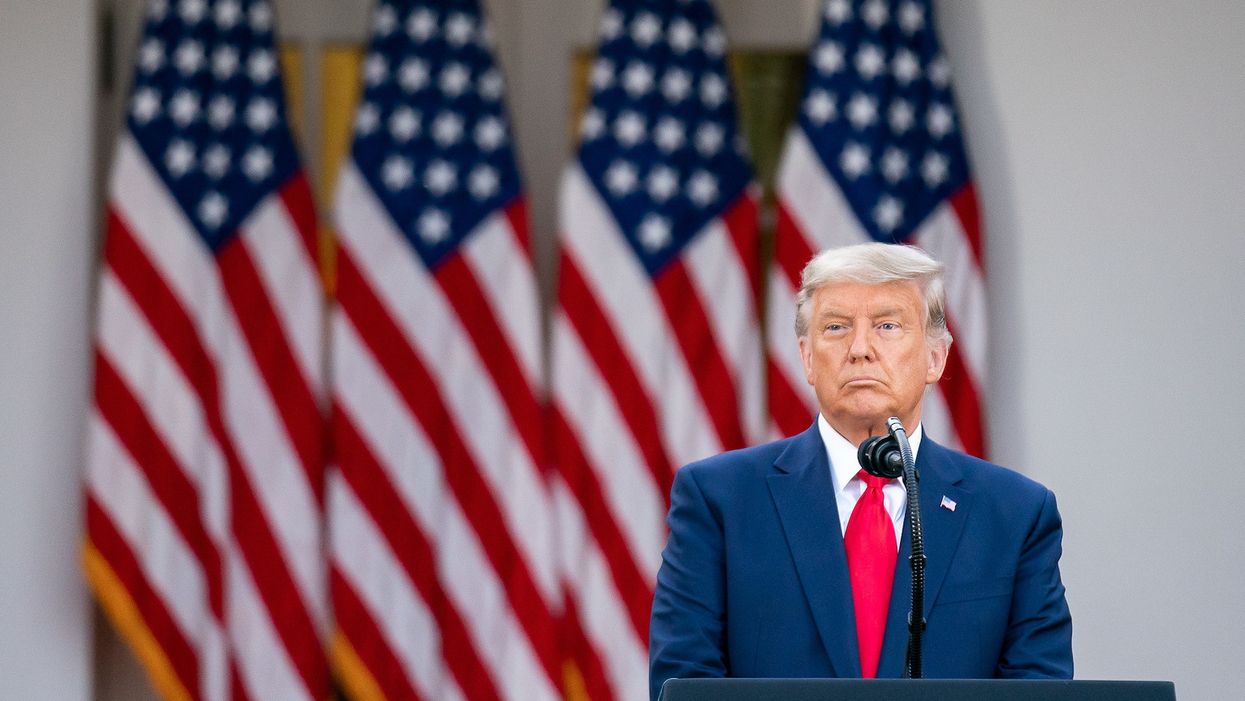 For several weeks now, President Donald Trump has been circulating baseless claims of widespread voter fraud simply because he lost the election. From Dominion Voting Systems conspiracies to claims about mysterious ballot dumps and dead people voting, Trump has attempted to undermine the outcome of the presidential election in as many ways as he possibly can.

And now, according to NBC Philadelphia, Delaware County has brought charges against a man accused of using the names of his mother and mother-in-law to cast illegal votes for Trump. Local authorities have identified the man as 70-year-old Bruce Bartman of Marple Township, Delaware.

Voter records show Bartman, a registered Republican, used Pennsylvania's voter registration platform to "register both his deceased mother, Elizabeth Bartman, as well as his mother-in-law, Elizabeth Weihman, who died in 2019" to vote for Trump's re-election.

"First, this is the only known case of a 'dead person' voting in our county, conspiracy theories notwithstanding," Stollsteimer said. "Further, the prompt prosecution of this case shows that law enforcement will continue to uphold our election laws whenever presented with actual evidence of fraud and that we will continue to investigate every allegation that comes our way."

He added, "Second, even though this was the most secure election in our lifetimes, human history shows that there are always some who will try and criminally cheat any system. The fact that Mr. Bartman was able to register two deceased individuals through the Commonwealth's online voter registration system should trouble our state lawmakers. After all, the Delaware County Voter Registration Commission can only administer the system our Legislature puts in place."