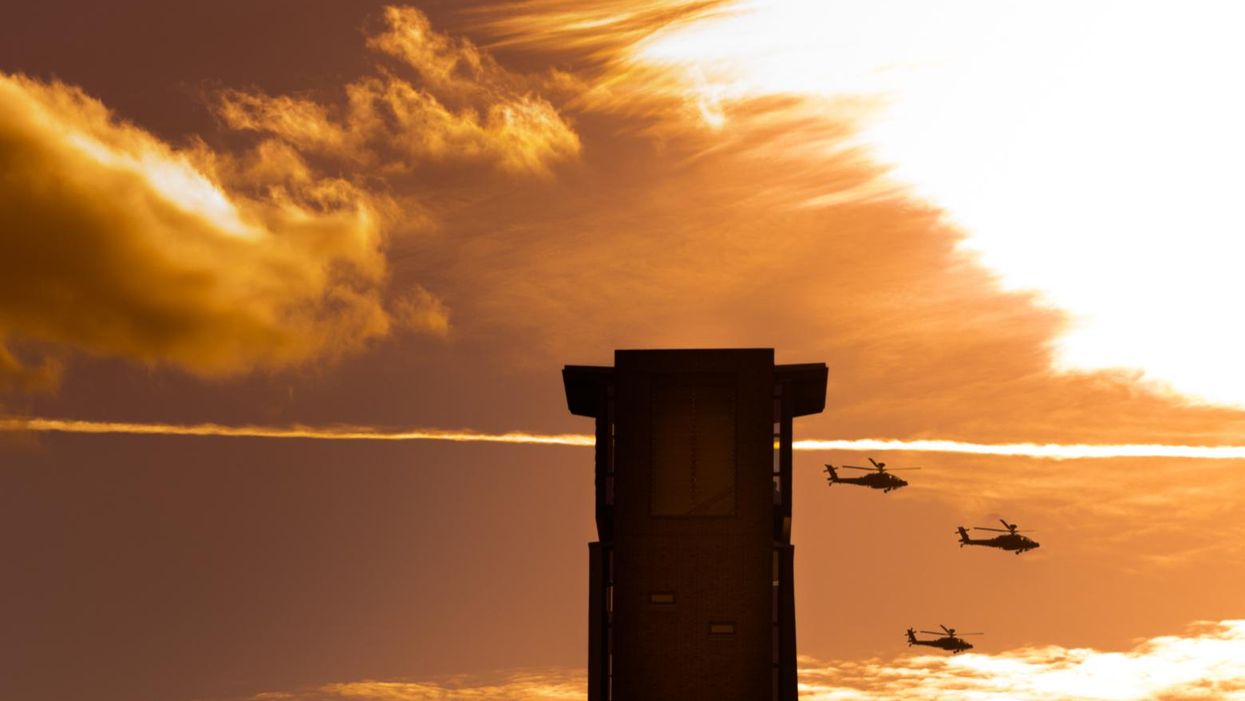 The latest figures on arms transfers were released one day before President Donald Trump said that "military offense... is the most important thing a president can do," during his meandering speech at the Republican Party's Saturday night rally on behalf of Sens. Kelly Loeffler and David Perdue of Georgia who are facing Democratic candidates Raphael Warnock and Jon Ossoff, respectively, in runoff elections next month that will determine which party controls the U.S. Senate.

Although he spent most of the evening repeating unsubstantiated claims of voter fraud in the November election and baselessly asserting that Democrats will "cheat" again, Trump on Saturday still encouraged rallygoers to support the two GOP lawmakers at the polls on January 5 to avenge his loss in the "rigged" presidential contest.

"At stake in this election is control of the U.S. Senate and that really means control of this country," the president said. "The voters of Georgia will determine which party runs every committee, writes every piece of legislation, controls every single taxpayer dollar."

Trump's rationale for backing Loeffler and Perdue came in the form of a warning: "If the radical Democrats... get power, they will... ram through the most extreme left-wing agenda ever conceived while at the same time, destroying our military through a lack of funding."

Whereas Trump portrayed congressional Democrats as eager to pursue "draconian military cuts," journalist Sarah Lazare argued last week that "the annual approval of the gargantuan U.S. military budget," which she called "one of the most reliable rituals in Congress... is so ordinary and overwhelmingly bipartisan, it's barely considered newsworthy."

The U.S. "has by far the biggest mil­i­tary bud­get on the plan­et, spend­ing more than the next 10 coun­tries com­bined," Lazare continued. "There is no indi­ca­tion that U.S. law­mak­ers plan to reverse this trend any­time soon: For six con­sec­u­tive years the military bud­get has either increased or stayed rough­ly the same, tak­ing infla­tion into account. As the Nation­al Pri­or­i­ties Project point­ed out in June, the mil­i­tary bud­get in 2019 account­ed for 53% of the fed­er­al dis­cre­tionary bud­get."

While millions of the country's working-class households—battered by the Covid-19 pandemic and corresponding economic crisis—await a new relief package that ameliorates widespread hardship, "Con­gress had no prob­lem pass­ing leg­is­la­tion to con­tin­ue U.S. mil­i­tary vio­lence," Lazare added.

She pointed out that the Sen­ate ver­sion of the National Defense Authorization Act (NDAA) passed on July 23 in a vote of 86–14, while the House ver­sion was approved on July 21 by a margin of 295–125. This NDAA was subsequently approved last week by both cham­bers of Congress.

Lazare wrote that while it is "entire­ly rou­tine at this point, it's use­ful to high­light on the eve of yet anoth­er mas­sive Pen­ta­gon hand­out how the bud­get for war could instead go toward life-pre­serv­ing social goods."

"That we can find the mon­ey for war but not for coro­n­avirus relief expos­es the moral rot at the cen­ter of U.S. pol­i­tics, a rot that must be dug out and expunged if we are to get through this crisis," she added.