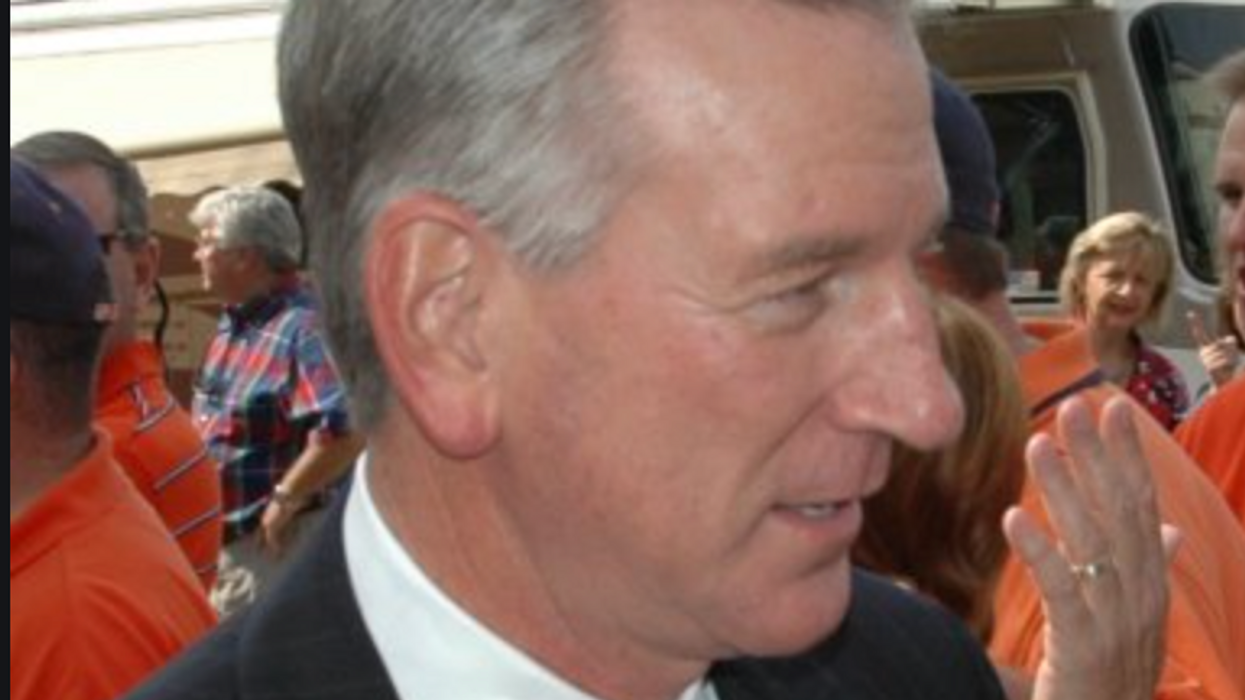 After President Donald Trump lost so overwhelmingly at the ballot box, some members of Congress are ready to wage an internal government war to fight for him.

One such Republican is newly elected Alabama Republican Tommy Tuberville. Speaking at a campaign rally in Georgia, Tuberville told supporters that because Trump lost it was time to act.

Outside the rally, Lauren Windsor asked Tuberville what he was going to do to "fix" what he said was wrong.

A staffer quickly tried to rush him away and keep him from answering any questions.

As Tuberville mentioned, the Senate hasn't taken up the idea the way the House has and Senate Majority Leader Mitch McConnell (R-KY) warned his caucus not to go anywhere near the debate. Tuberville didn't seem to get the memo.

"I find it unfathomable that anyone would acquiesce to election theft and voter fraud because they lack the courage to take a difficult vote on the House or Senate floor," said Tuberville's colleague Rep. Mo Brooks (R-AL) in a Politico interview. "Last time I checked, that's why we were elected to Congress."