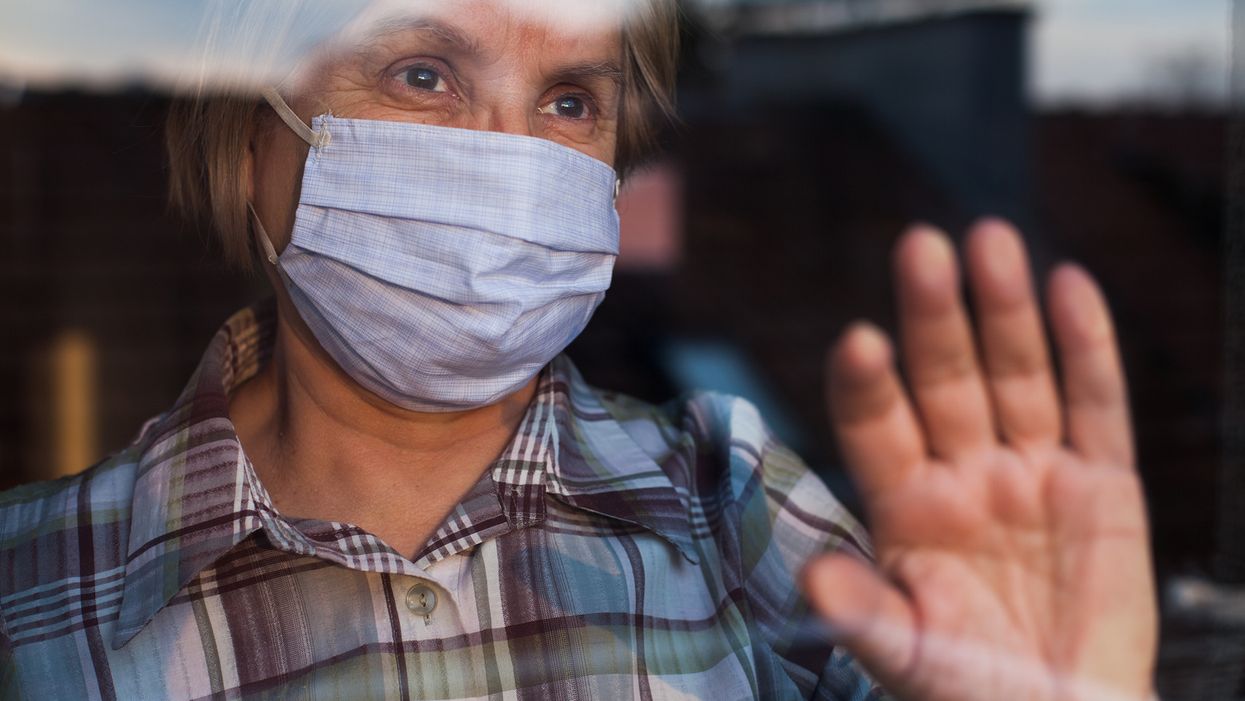 While President Donald Trump has long been blasted for his well-documented tendency to lie to the public, he is facing fresh criticism this week for continuing to baselessly attack the November election results while also staying largely silent on the coronavirus pandemic, even as Covid-19 cases, hospitalizations, and deaths are surging across the country.

By Friday afternoon, the United States had recorded more than 14.2 million Covid-19 cases and over 277,400 deaths, according to Johns Hopkins University's global tracker. On Thursday alone, 2,879 people died nationwide—breaking the daily record of 2,804 that was set just one day earlier. The previous record was from mid-April.

As the rising infections, hospitalizations, and death toll garnered alarmed headlines and elicited warnings from public health experts, Trump—who was decisively defeated last month by President-elect Joe Biden—has kept much of his focus on sowing doubt about the security and validity of the election. On Wednesday, the president posted a 46-minute video rant to Facebook, claiming without any evidence that the U.S. electoral system is "under coordinated assault and siege," and "this election was rigged."

Trump's tantrum over losing to Biden has continued even as some of his notorious enablers and allies such as U.S. Attorney General William Barr have publicly refuted the president's election fraud claims. "The rambling and bellicose monologue," the Washington Post's Philip Rucker wrote of the Wednesday speech, "underscored his desperation to reverse the outcome of his election loss after a month of failed legal challenges and as some key states already have certified Biden's victory."

Condemning the president's Facebook address as "unhinged," David Corn charged Friday in Mother Jones that "put simply, he is not doing his job. In the middle of a national emergency, he is not protecting the people. He is watching television, writhing in anger, and obsessing over fact-free allegations about an election theft that did not happen."

Referencing the Covid-19 death record set on Wednesday, Corn pointed out that "this is just 173 shy of the death toll of 9/11—that cataclysmic event that reordered elements of American society. The United States is looking at that level of loss on a daily basis. Yet there is little uproar."

The absence of widespread outrage over the president ignoring a pandemic that's now killed over a quarter-million Americans "is another casualty of the Trump years," Corn added. "Nevertheless, at this particular point, it might not even do much good. Trump is immutable. He will not in the next six weeks turn away from his narcissistic crusade to overturn or discredit the election to focus on saving American lives. No amount of popular clamor will move him toward that basic task. But Trump has hinted that he might seek restoration in 2024. If he does, those Americans who wish to avoid a repeat of this deadly nightmare will surely need to highlight how outrageous that would be."

"Trump has normalized much abnormal and indecent conduct in his four years as president....But perhaps worst of all… https://t.co/ob0eKvd0kq
— David Corn (@David Corn)1607095149.0

"He gave a press conference about two weeks ago, I believe, on the vaccine, which he has done at warp speed because he's torn down bureaucratic barriers," she said. "He's been hard at work. He's done I don't know how many coronavirus task force briefings from this podium. But the work he's done speaks for itself."

Bloomberg reported Thursday on Trump's silence on the pandemic amid record deaths:

He spoke to the press in the Oval Office on Thursday while awarding the Medal of Freedom to football coach Lou Holtz. The room was crowded, and very few staff and guests wore masks. Trump made no mention of the pandemic but did take a moment to complain about his attorney general, William Barr, who this week said the Justice Department hadn't seen evidence to support the president's claims of widespread voter fraud.
Justice Department officials "haven't looked very hard, which is a disappointment to be honest with you, because it's massive fraud," Trump said.

The Hill pointed out on Friday that White House Coronavirus Task Force had sent a report, dated Sunday, to states warning that "a further post-Thanksgiving surge will compromise Covid patient care, as well as medical care overall." The report said state responses to the crisis "remain inadequate" and called for further safety restrictions.

"Even though some of those warnings were aimed at the public, the White House did not release the report and instead sent it privately to states. The document came to light only after it was leaked to the press," The Hill noted. "Trump has not echoed those kinds of health warnings in his public remarks; when he has discussed state restrictions, it is often to urge them to be less restrictive, not more."

Given Trump's track record of downplaying the dangers of the disease—which he fought earlier this year—Bob Wachter, chair of the department of medicine at the University of California, San Francisco, told The Hill that "I'd rather he be quiet than step on the message of the CDC, which appears to be waking back up and providing useful guidance."

The incoming president, as Corn detailed, is taking a notably different approach to the ongoing public health crisis.

"Joe Biden and his camp, perhaps wisely, are letting Trump have his authoritarian temper tantrum in a corner, for the most part ignoring it, and proceeding with the grown-up tasks necessary for governance," Corn wrote. "The Biden transition team, for example, arranged to meet with Dr. Anthony Fauci to discuss the pandemic. The president-elect and his White House team-to-be are preparing so they can confront this crisis as soon as they get the keys on January 20."

Fauci directs the National Institute of Allergy and Infectious Diseases and has issued public warnings about the necessity of safety precautions like social distancing and face masks throughout the pandemic. Biden revealed Thursday that he had asked Fauci to stay in his current position but also to serve as chief medical adviser in his incoming administration. Asked Friday on NBC's "Today" whether he accepted the offer, Fauci said, "Absolutely, I said yes right on the spot."