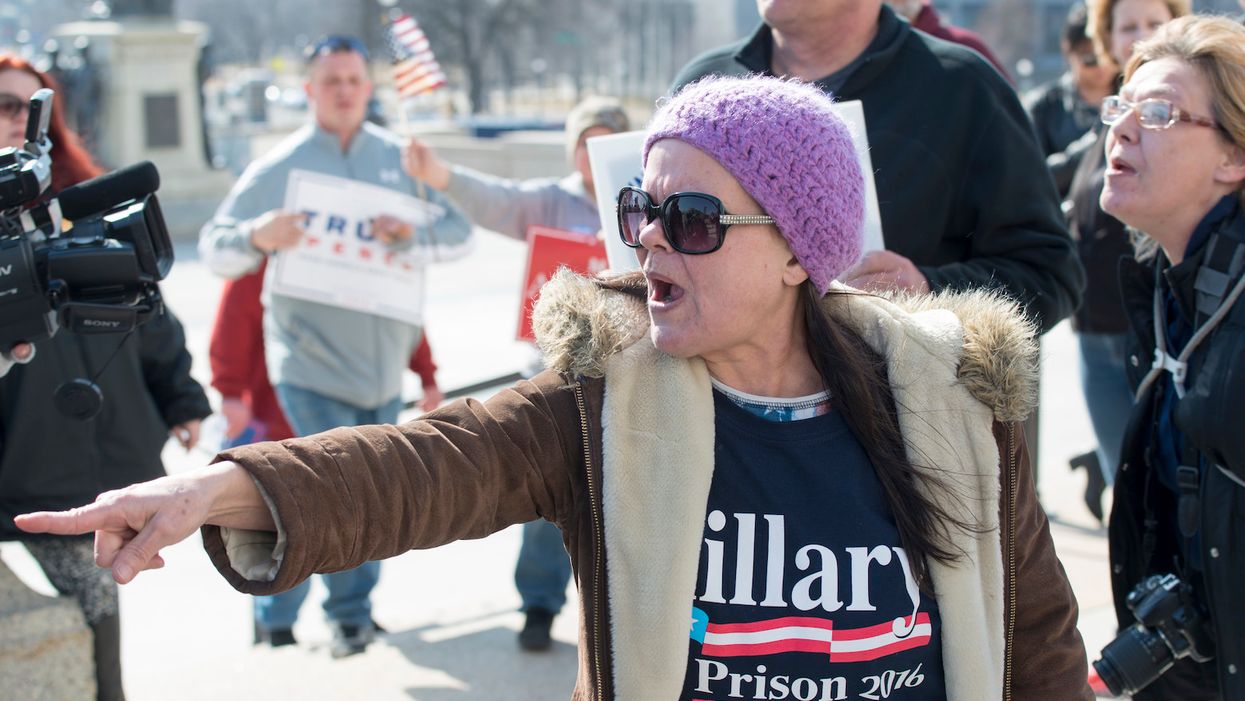 March 4, 2017 // About 700 people gathered at the Minnesota capitol building to show support for Republican President Donald Trump. This was part of "March 4 Trump events around the country. Around 100 people were also there protesting against Donald Trump. She was shouting, "Satan lies!" // 2017-03-04 This is licensed under the Creative Commons Attribution License. Credit: Fibonacci Blue
Brad Reed
and
Raw Story
December 29, 2020

Supporters of President Donald Trump are furious after a hotel in Washington D.C. canceled their reservations en masse ahead of a pro-Trump demonstration scheduled for January 6th.

As The Daily Beast's Will Sommer reports, the Hotel Harrington sent out a notice on Monday night announcing that it will be closed on January 4th through January 6th in a move intended to "protect the safety of our visitors, guests, and employees."

Hotel Harrington has become a favorite D.C. haunt of the Proud Boys, a far-right gang of Trump supporters who vowed to show up in the streets on January 6th to protest the results of the 2020 presidential election.

Per Sommer, many Trump supporters subsequently took to pro-Trump social media website The Donald to rip into the hotel for canceling their reservations.

"F*CK HOTEL HARRINGTON," wrote another. "THEY CANCELED OUR ROOMS... THEN WE'LL CANCEL THEIR BUSINESS. NOBODY BOOK WITH THEM, THEY WILL F*CK YOU OVER!!!"

"Hotel Harrington CANCELLED my reservation," wrote another disgruntled Trump fan. "F*CK THESE COWARDS!!!! I gave this lady an earful and the hotel GM as well."

See a screen cap of more angry Trump reactions below.