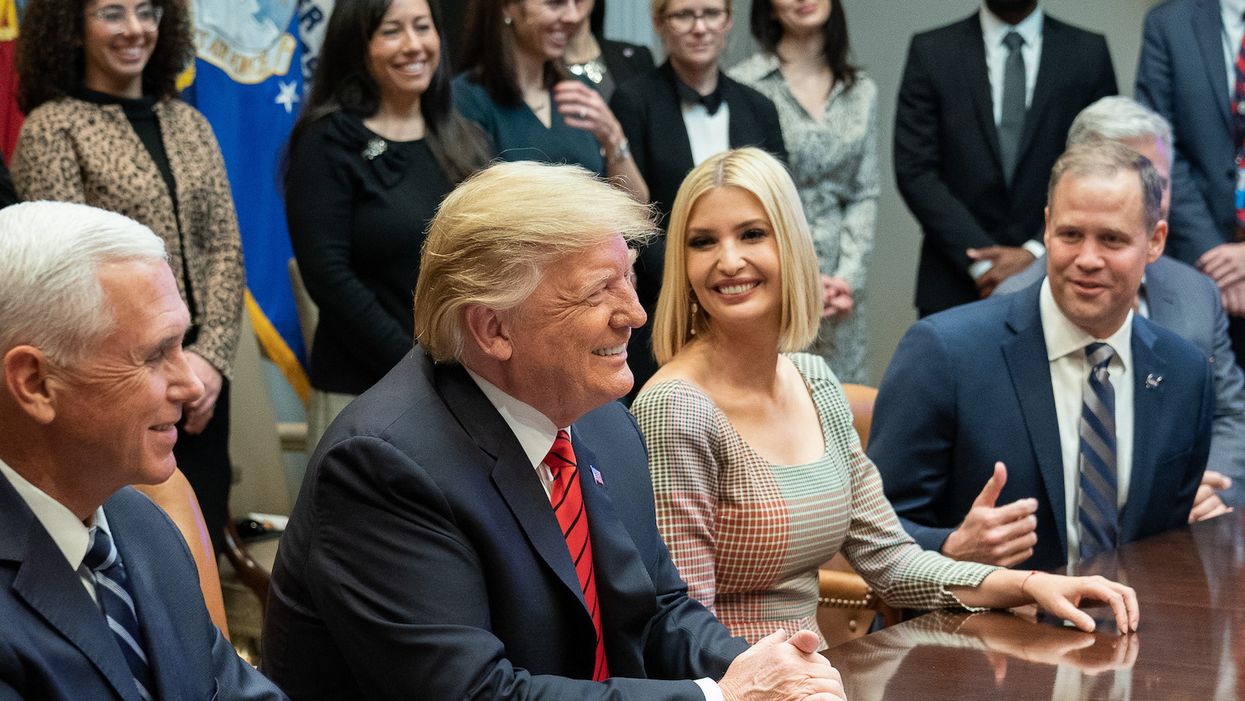 It remains to be seen who President Donald Trump will pardon before leaving office on January 20, but observers expect to see many pardons during this lame duck period. Journalist Charlotte Klein, in an article for New York Magazine published this week, describes some of the many possibilities.

"Last-minute pardoning sprees have long been a tradition for outgoing presidents, but President Trump may try to stretch his clemency powers further than any of his predecessors," Klein explains. "He is reportedly considering pardons for as many as 20 aides, allies and family members, and those may include preemptive pardons — which would provide protection against federal offenses, but not state crimes — prior to any charge or conviction. Trump may even try to preemptively pardon himself, which he has long claimed he has the right to do, though that remains a constitutionally untested theory."

The family members Trump might pardon, according to Klein, include his son-in-law, White House Senior Adviser Jared Kushner, as well as three of his children: Ivanka Trump (another White House senior adviser), GOP activist Donald Trump, Jr. and the Trump Organization's Eric Trump. None of them have been charged with any crimes, as far as we know, so it's not clear what conduct a pardon would cover.

Trump has already pardoned several cronies, including GOP operative Roger Stone and his National Security Adviser Michael Flynn. Other possible pardons along these lines, according to Klein, include Rick Gates (a 2016 deputy campaign chairman who pled guilty to financial fraud) to George Papadopoulos (a 2016 campaign adviser who pled guilty to lying to the FBI) to Trump's 2016 campaign manager, Paul Manafort (who has been serving seven and a half years for bank fraud, tax fraud and other federal crimes).

Manafort, Gates and Papadopoulos have all either pled guilty to federal crimes or been convicted of them. But other candidates for Trump pardons, according to Klein, include people who are facing criminal charges but haven't been convicted of anything. Former Breitbart News CEO Steve Bannon, for example, is facing fraud charges and pleaded "not guilty."

Another possibility, Klein notes, is WikiLeakers founder Julian Assange, who is incarcerated in the U.K. and is facing possible extradition to the United States.

"Assange's partner, Stella Moris, and NSA whistleblower Edward Snowden have publicly called on Trump to pardon Assange in recent weeks," Klein notes. "According to Assange's lawyers, Trump associates offered Assange a pardon or 'win-win' arrangement if he disclosed the source of the Democratic National Committee e-mails leaked to his site during the 2016 campaign."