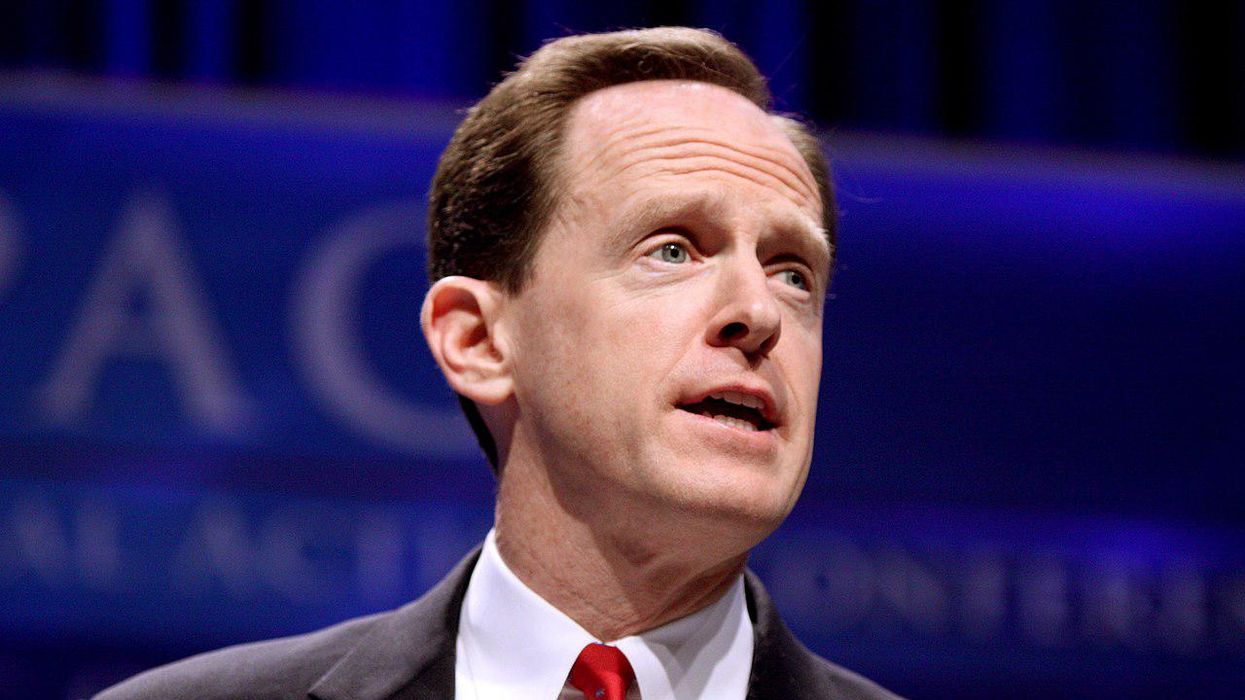 President Donald Trump has been drawing a great deal of criticism from Democrats for the long list of cronies he has pardoned this month — a list that ranges from Paul Manafort, his 2016 campaign manager, to Charles Kushner (father of White House Senior Adviser Jared Kushner, his son-in-law) to Rep. Duncan D. Hunter of California. But not all of the criticism is coming from Democrats. Republican Sen. Pat Toomey of Pennsylvania, during a December 28 appearance on "Fox News Sunday," called Trump out for his "misuse of the power" to issue pardons.

Toomey complained, "I mean, my goodness, we have tax fraud and bank fraud, witness tampering, obstruction of justice. But because they were close to the president, they got pardoned."

Manafort served time in federal prison for tax fraud and bank fraud, while Hunter was sentenced to 11 months in prison for campaign finance violations. And veteran GOP operative Roger Stone, a long-time Trump ally and self-described "dirty trickster," was on his way to federal prison for obstruction of justice, witness tampering and other crimes when Trump commuted his sentence — a commutation that was followed by a full pardon this month.

When Toomey was asked if presidential pardons should be restricted, he responded, "It's a good discussion to have, but it's a tough call. I think it would be very challenging."

Toomey has never been known as a moderate Republican. When he gave the late Sen. Arlen Specter a GOP primary challenge in 2004, the Philadelphia Inquirer's editorial board attacked Toomey as being to the right of then-Sen. Rick Santorum, who was voted out of office in 2006 and replaced by centrist Democrat Bob Casey. But Toomey, who was first elected to the U.S. Senate in 2010 and narrowly reelected in 2016, has, at times, appeared uncomfortable with Trumpism. And he recently announced that he will not seek another term in 2022.