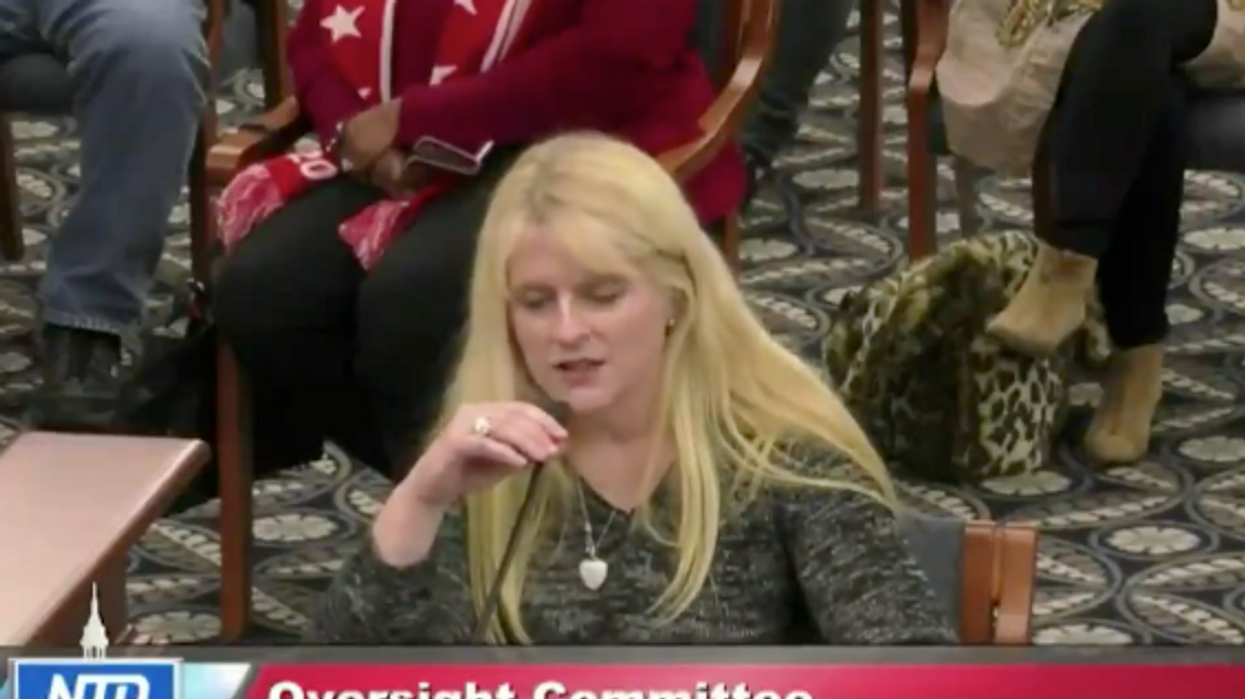 On Tuesday, Michigan lawmakers dedicated more than six hours to allowing evidence-free testimony on the unproven and, frankly, unprovable election fraud claims of Trump supporters. A good summary of these kinds of events came from a man named Bill Schmidt, who according to The Detroit News, had considered himself a lifelong Republican before this year's election.

"Evil can be seen by evil people," he said. Schmidt reportedly told officials that while he saw people make mistakes, he didn't believe he saw anything nefarious or illegal take place. "Good people see goodness. What I saw is, I saw hardworking people working hard," he continued. "That's what I saw. That's America. That's democracy." Schmidt sounds like a reasonable person. But not everyone claiming fraud is as reasonable, and thinking about or watching or reading about the conspiracy-laden, fact-free bullshit that some believe is worth destroying our democracy for can be frustrating. Luckily, someone running a satirical account decided to produce a very sobering set of reports on the testimony in Michigan, so that you and I need not watch it all.

First off: The account, @TepidButterASMR, while satirical in general, really did just report what people were telling the Michigan state senators they were testifying in front of. Satire in the time of Trump is a very fine slice of pastry.

This man walked up, swore himself in, and he's talking about his internet radio show. https://t.co/DHYFAknPic
— Sandwich Breathe (@Sandwich Breathe)1606852647.0

He is now crying because he needs proof the votes are valid (not that they were fraudulent) or they will not accept… https://t.co/n9OgJovd4u
— Sandwich Breathe (@Sandwich Breathe)1606852975.0

This man walked up, swore himself in, and he's talking about his internet radio show. https://t.co/DHYFAknPic
— Sandwich Breathe (@Sandwich Breathe)1606852647.0

But this is a multicultural group of people. There are women with different hair colors.

And even one with glasses.

I'm not saying that these are the same guy with and without hair, but I'm also not convinced they aren't the same guy.

Here's Matt, he loves FREEDOM. He was at the stop the steal rally. He wasn't a poll watcher. He is saying Obamas re… https://t.co/F2ZcgrmQJL
— Sandwich Breathe (@Sandwich Breathe)1606854968.0

Vickie. A lot of the ballot envelopes were closed with packaging tape. She saw workers that had pens. https://t.co/vLi5I4Z6fB
— Sandwich Breathe (@Sandwich Breathe)1606855927.0

Terri said she saw a video at someones house that poll workers were told to be mean to her, she thinks maybe on You… https://t.co/F64tvOaqZX
— Sandwich Breathe (@Sandwich Breathe)1606856493.0

Here's a bit of video just in case you think he's simply making it all up.